We're On the Mend!

Two weeks. I can't believe that its been two weeks. There is really a lot going on behind the scenes. I'm not sure where to begin other than telling you that I've not been feeling well, and have even missed work - But not before I spent an entire day in the emergency room, something I hope I don't have to do again anytime soon. The good news is, is that I am feeling much better, and I am planning on returning to work on Monday. For those who might be wondering, yes, I did have a COVID 19 test, and the result was  negative...…whew....

Three dogs are also not feeling well. At the moment, Charlie, Leo, and the lovely Sophia each have respiratory infections. Yesterday they were started on an antibiotic, and I'm hopeful that they'll each feel better very soon. This morning Leo ate all of his breakfast, which I was happy about because he'd not done that since Friday.

I just mentioned that the dogs have a respiratory infection. Dogs typically get them from one another, and I could only conclude that it came from Lenny, who arrived just about 2 weeks ago. He started coughing shortly after he came to us, and he was diagnosed with kennel cough. He was already on an antibiotic, so a cough medication was added, and Lenny was good as new!  I'll add that with all that he was being fed, 3 times a day, he gained 4 pounds, the sores on his feet were healing so well, and he was already starting to look healthier! 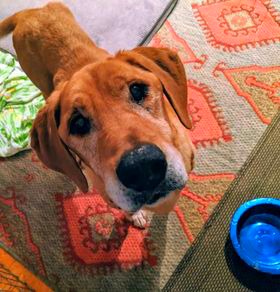 Lenny left us this past Thursday to have surgery to remove the "3 foreign objects" and to be neutered. The surgery went well, and he is still recovering at the vet. The picture below is one of the "objects" that was removed. 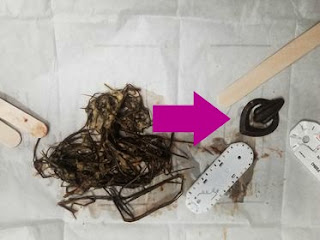 Where Lenny will go to finish his recovery has not yet been decided because a new foster home has not yet been found for him. I will confess to secretly hoping that we'll be asked to take him back. But until our dogs are all healthy, we can't be, and won't be.

So, send those healing vibes! 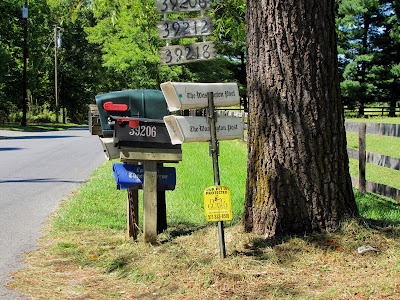