The Girl Who Cried Wolf

What a week! As I mentioned in my last post, when I got back on Sunday, Bailey wasn't feeling well. The three days that followed didn't end with her getting any better. Text messages from my dog-walker made me a nervous wreck and so I left work early on Tuesday and Wednesday to come home to care for her. Bailey's appetite was all but gone. She was coughing, vomiting and was unable to keep any food, water or even medications down. She would protest when I tried to get her to her feet, or to change the bedding she was laying on.

This hasn't been all that unusual for Bailey and normally after a day or two of not feeling well, Bailey usually starts to improve. But no matter what I did or tried, this time she just wasn't. She was miserable and uncomfortable, not to mention tired. I really felt like there was nothing else that could be done. So, I contacted the medical coordinator for the rescue and had the discussion about letting Bailey go. I know it goes without saying that these decisions are not made easily. But I really felt like it was the only and right one because she was a bit unresponsive and her spark seemed so dim. If you could have seen Bailey, I think you would have agreed. 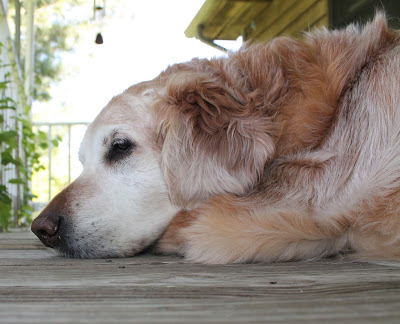 I contacted Mobile Vet and made the appointment for Bailey on Thursday.  When I came home early on Wednesday afternoon from work, Bailey was sleeping soundly. When I said something to her, she opened her eyes and wagged her tail. She surprised me then, and when I helped her up, she went outside by herself and came back in with no help. 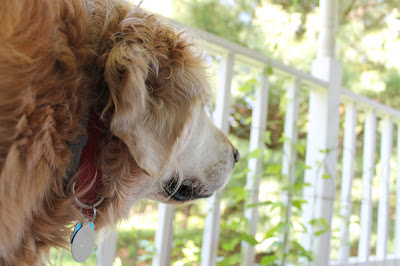 That evening Bailey drank and ate without getting sick. I checked on her several times overnight, and she was fast asleep without as much as a cough. By Thursday mid-morning, well after a full breakfast I knew that it was not Bailey's day to leave us. Another conversation with Medical Coordinator, a visit to Mobile Vet to have her looked at, and we all agreed.

Of course I've no way of knowing how long the good days with Bailey will last. But I am so happy that she's feeling better and she's still with us. However, I have to admit, that the emotions of it all, leaving work early, my lengthy conversations with Medical Coordinator, and Mobile Vet making room in his very busy schedule, I really do feel like I was crying wolf. But everyone knows that this was (certainly) no joke, and I'm grateful to Medical Coordinator and Mobile Vet for being there when I don't need or do need them. 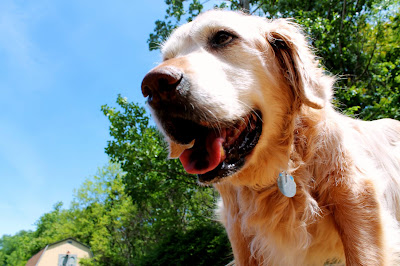