Aches, Pains and A Forever Home

September ended quietly at our house. And the first weekend of October, after a long summer, and above-normal temps this past week, autumn found its feet this weekend in northern Virginia. A cool breeze the last couple of days allowed us to have the windows open to bring in some fresh air. 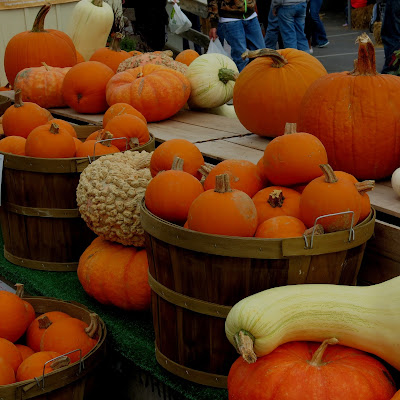 Mother Nature aside, I've felt like we were the walking wounded at our house this past week. At the top of the list is Charlie. Yes, Charlie. The Charlie that never needs help or anything. 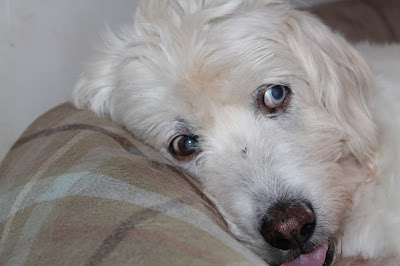 I'm don't know how or what happened. On Wednesday morning he was really limping and needed help getting to his feet, and had to be carried outside. Charlie has never been stoic and even when he was laying down, he was whining. I have a hard time thinking of Charlie as anything but that young vibrant dog that I first met in 2006 and so he (of course) had me worried. Mobile vet is out of town, so rather than wait for his return, I know I have some room to raise the amount of medications he takes daily, so that was what I did. By Friday evening, thankfully Charlie was up and around again on his own and his appetite has returned. So, I'm back to thinking of him as that young dog once again. But I'm keeping a close eye on him. 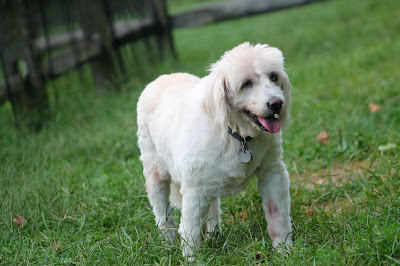 The rest of the crew will be okay too. Mostly it's aches and pains that age can bring. Sunny has a vet appointment in a couple of days for his ongoing ear problems. The photo below is Saturday morning. The girl that trims dog nails for us came and trimmed Sunny's nails and paws which takes two people to do because he doesn't cooperate.  She does a great job, and we're lucky to have her! 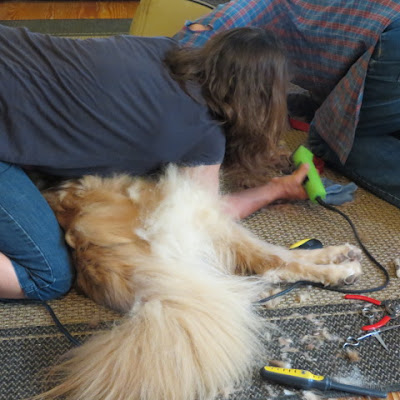 But if there's any good news, it's with our Lab Fosters. There was an inquiry for Tanner this past week. After a few conversations, the family came on Saturday along with their Goldendoodle, Ollie. It could not have gone better, and I couldn't like them any more for Tanner. So, he left with them yesterday to begin the next chapter of his life. **I've yet to receive an update from the family. But knowing that "the Mom" is a NICU nurse, I am sure her busy schedule has just kept her from responding.
As if that weren't enough, I also received a call about Ginger yesterday. I was surprised. Semi-Retired couple are in their 70's and want to give a senior dog a good home. They've had their eye on Ginger since July and want to come and meet her next weekend. With no other pets, they seem like they'd be a good home for Ginger. I've held off on adopting Ginger because I've felt that she should be in a home where she can be the center of attention and be a star.  She can't be a star in our house. 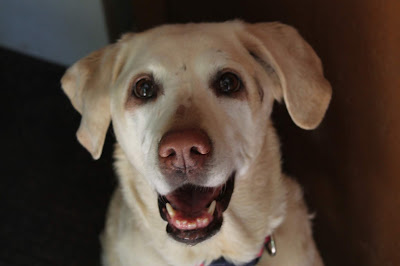 Because we already have one.... 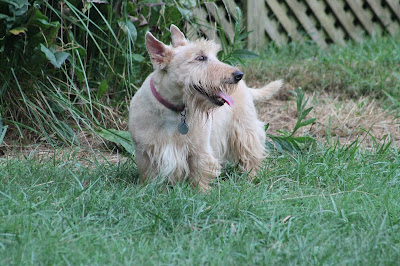 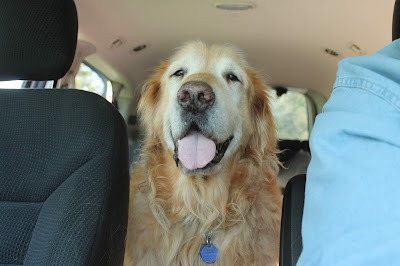 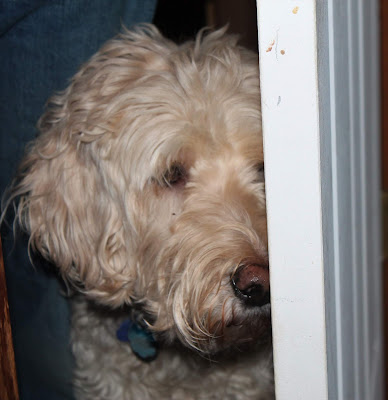