I'm glad this is the weekend! Last night wasn't a good night. It was 12:30 when I woke the first time and it felt like I’d been sleeping for a long time when in fact it was only two hours. I woke up again at 1:30 when Chip was barking. Thinking he needed to go outside, I tried to coax him out the door with a treat, but he wouldn't go. Back to bed, and awakened again not long after that when it was Rhett's turn to bark. He did want to go outside. Then at 4 something, Todd jumped off the bed, and knowing he'd want to go outside too, and since I was feeling wide-awake, I decided to just get up and stay up.  With our cooler night temps, and the open windows, maybe the dogs are hearing something outside. 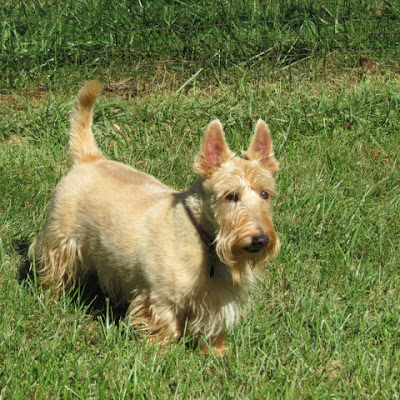 Or maybe the dogs were just feeling out of sync because of the arrival of a new foster dog, Buddy who came Friday afternoon.
Buddy, is around 10 years old, and comes with a little-bit of a story.  Originally he was used for breeding in North Carolina. The second chapter of his life was spent at a Christmas tree farm, where he chased deer away from the Christmas trees. 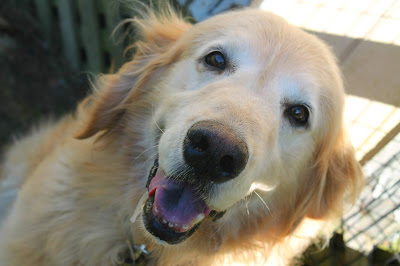 When Buddy no longer had interest in chasing deer, in January of this year, he went to live with the family that turned him over to the rescue - Sadly it was because of a divorce and the changes that one can bring, meant that not being able to keep Buddy was one of those changes.
Buddy is easy going and very friendly and always smiling. So far, things have gone well with our crew.
The cats however, are a different story. I knew by the information the owner provided that Buddy would chase cats if they ran. But a big pounce onto our outdoor kitty Gino was a bit unexpected.
Also unexpected was that his house-training needs some polish. A lot of polish. That's all I'll say about that.  I'm hopeful we can work it all out. But it all means that we'll watch him very closely around the cats, and wherever he happens to be when he's inside. 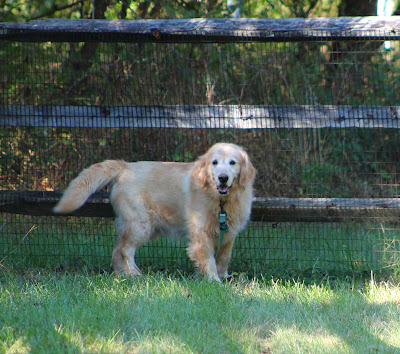 Finally, wish our girl Ginger good luck on Sunday! Semi retired couple (see previous post) are coming to meet her. After 286 days with us, I'm hopeful it'll finally be Ginger's turn to have her very own forever home!! 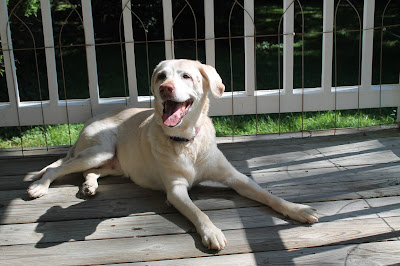