A Not So Good Day for "Longtime Groomer"

Last Friday it was Todd, Charlie and Max's turn to be groomed. Like so many of us, they were well past due for a good haircut. It was good to see "Longtime Groomer" and I'm glad that she's able to open her shop again. 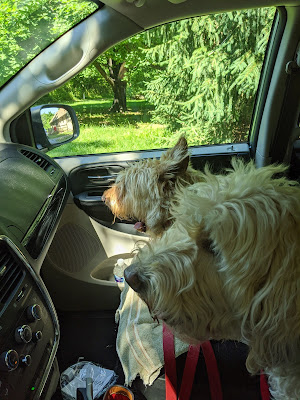 Unfortunately, it didn't end all that well. "Longtime Groomer" said that Todd seemed nervous when he was unable to see Max or Charlie. And, in a moment when he couldn't see them, Todd tried to jump off the grooming table. When she quickly grabbed him, he bit her.  Oooohhhhh nooooooo..... 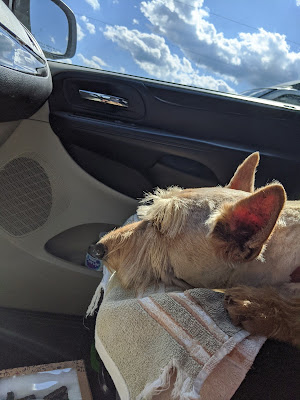 Of course, I could not feel any worse about this!  But if there is one good to come out of this, and trust me, it takes a lot to find a good point, it's that the single bite was on her forearm, and not her hand. "Longtime Groomer" was as understanding and as forgiving as she could possibly be, and of course I appreciated that. 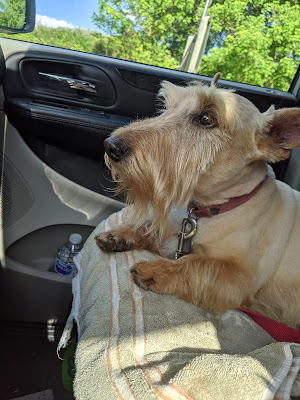 When I called a couple of days later to check on how she was healing, we decided that Todd may have been out of sorts because she was wearing a mask the entire time. Not that any dog should ever bite anyone - But I'd noticed that Todd was a bit unnerved and leery around me when I'd had a mask on a few days before and he was a little nervous when we arrived at "Longtime Groomers" that morning. So, that may be what led up to the bite, I just don't know.

We'll have time to figure it out though. The three of them won't be due to go back to be groomed until at least September. Plenty of time to worry about next time, right? 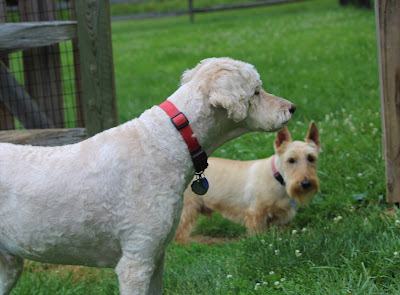