On The Road Again!!

For the third time since mid-February, I'm on the road again to Kentucky.  This should be the last trip for awhile.  My brothers and I are doing the final emptying of 35 years of living in the home that two of my brother's shared which was owned by my parents.  I'm cautiously hopeful that all will go as planned with the close of the sale, and that "Mr. Murphy's Law" won't show up. 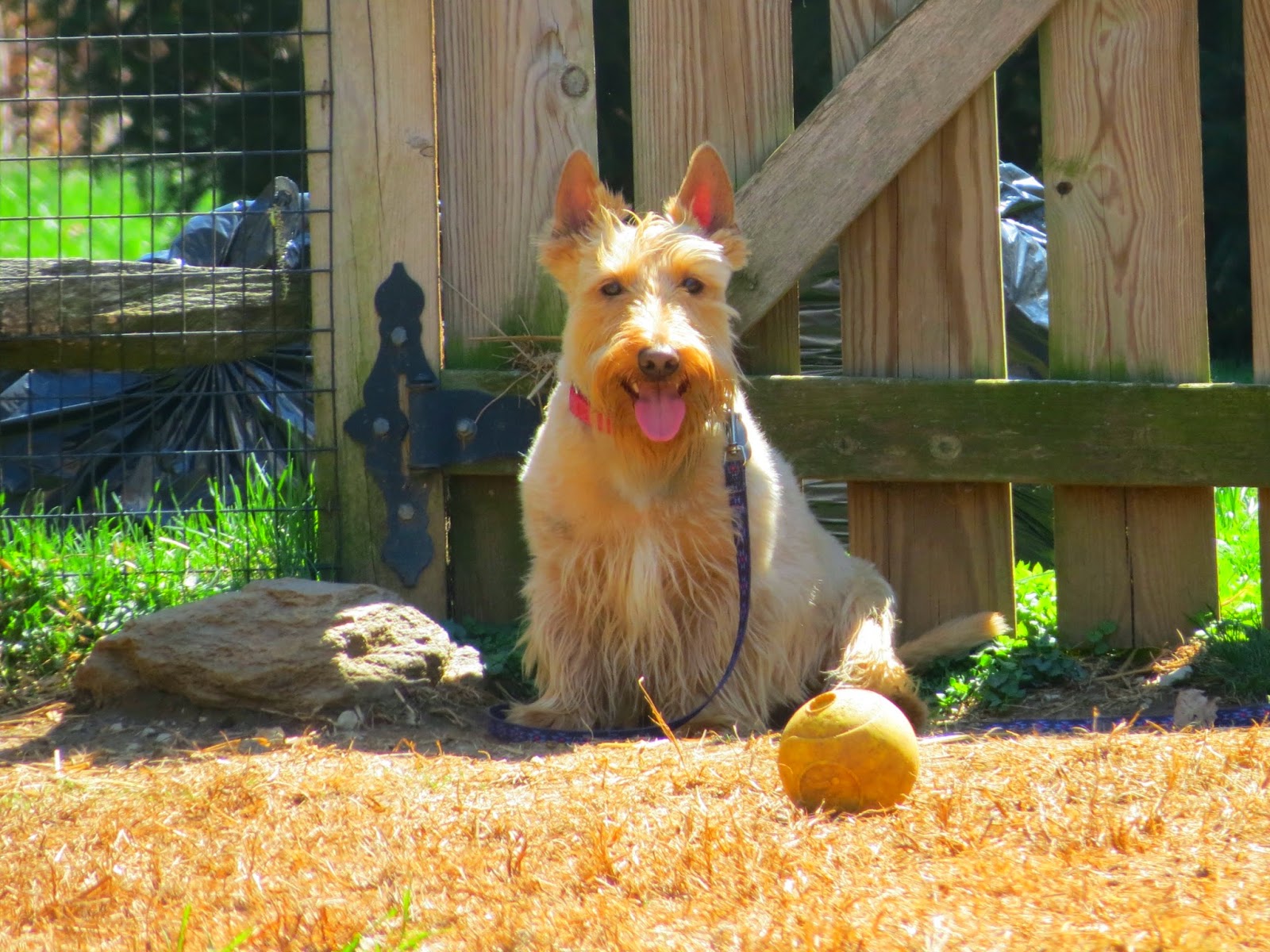 Unfortunately, all the dogs will be left behind this time. I always take at least two with me when I travel, so I'm going to miss having traveling companions with me for the more than 10 hour drive.  I'm not even gone yet, but am looking forward to my return home, and getting back into the much missed routine that has been eluding me since my brother's passing. 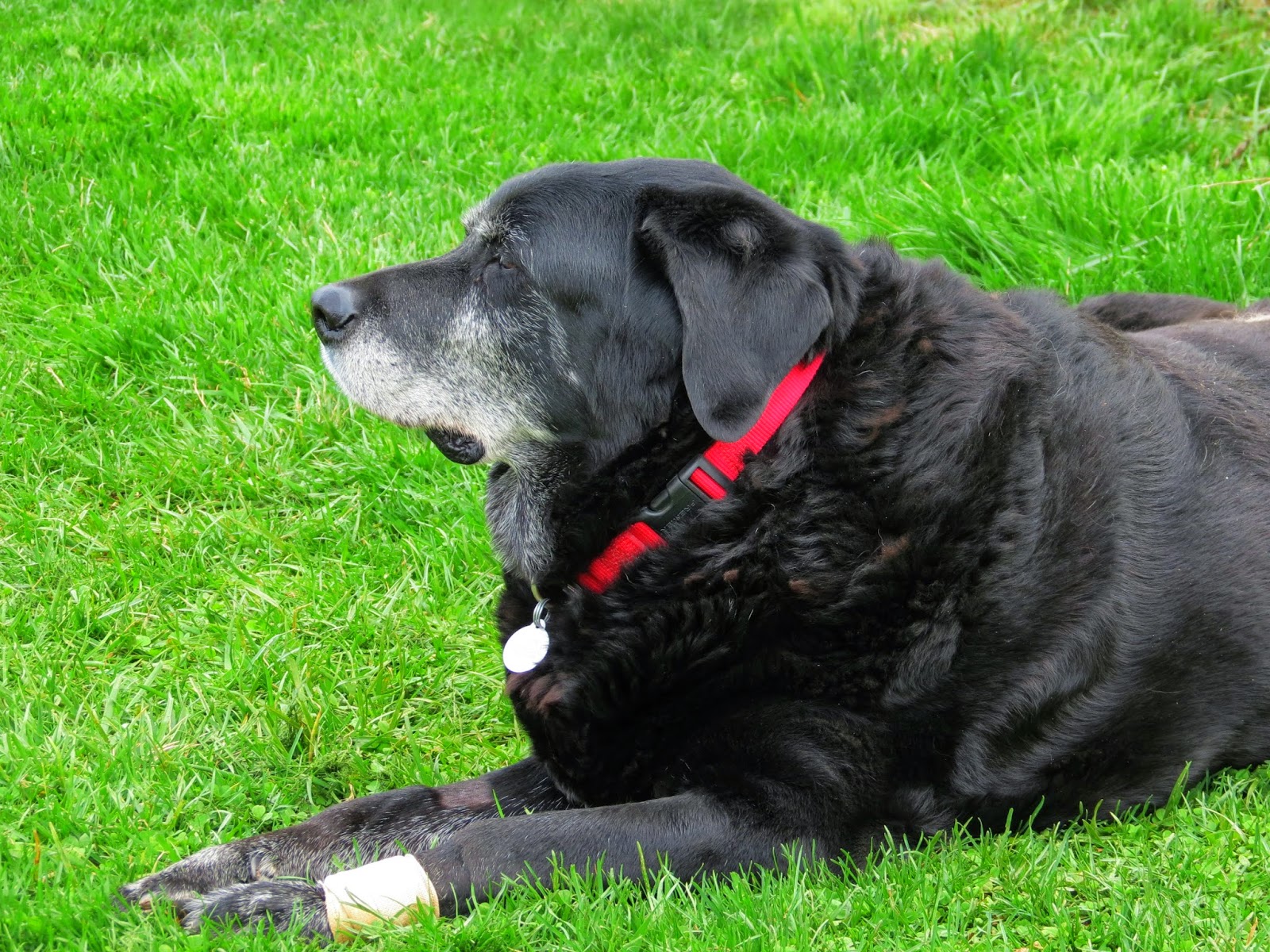 Thank-you for stopping by my blog today! I've really missed being able to keep up with your blogs like I have in the past.  So, I really do appreciate your sticking with us through this bumpy time in our lives!  See you in about a week! 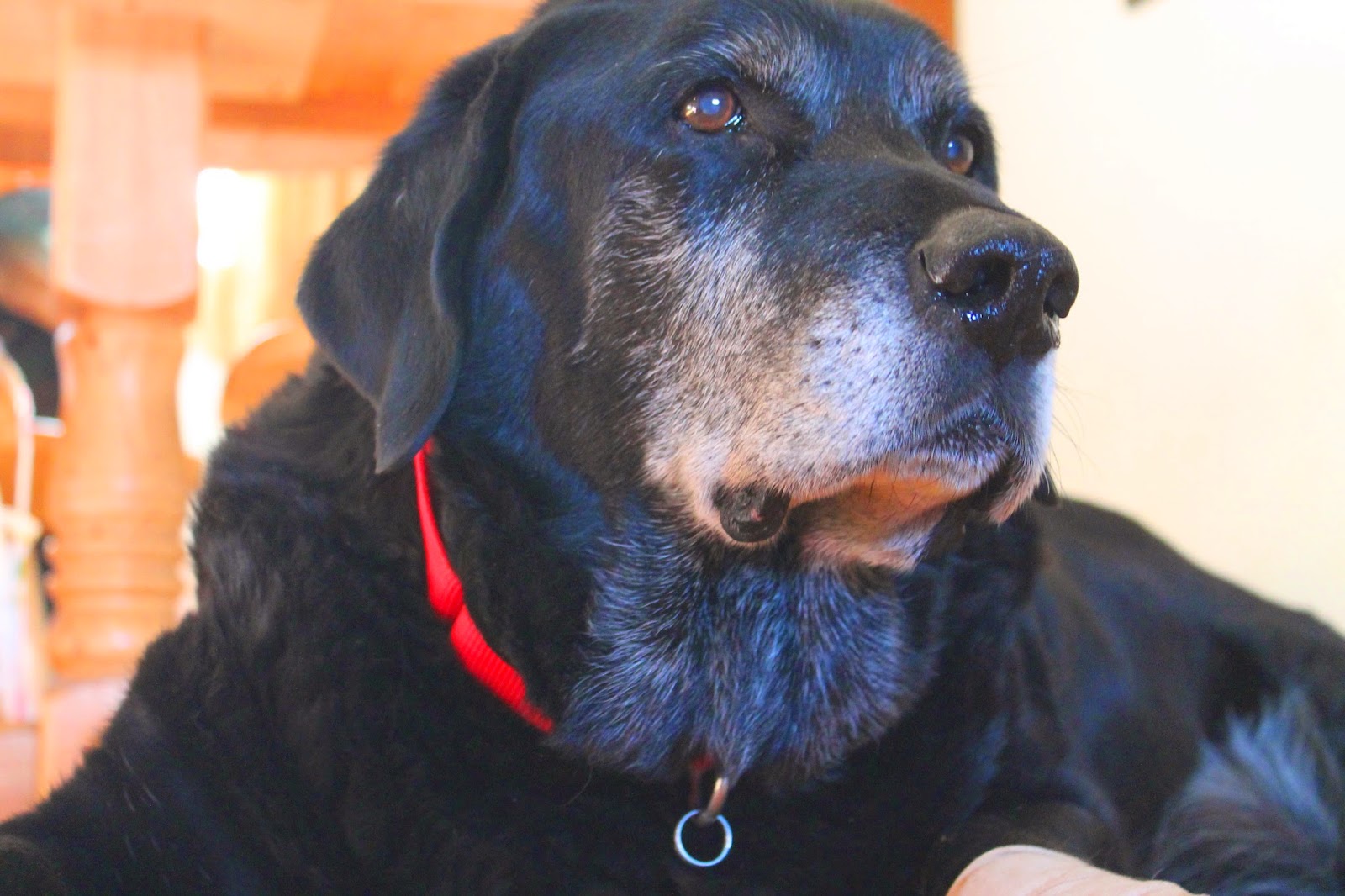 A good first week for our newest addition, Georgie.  It was easy to see he became relaxed as he learned the routine by following the lead of our crew. He's shown that he's a quick study because it didn't take long for him to learn to stop by the back door for a treat when he comes inside. 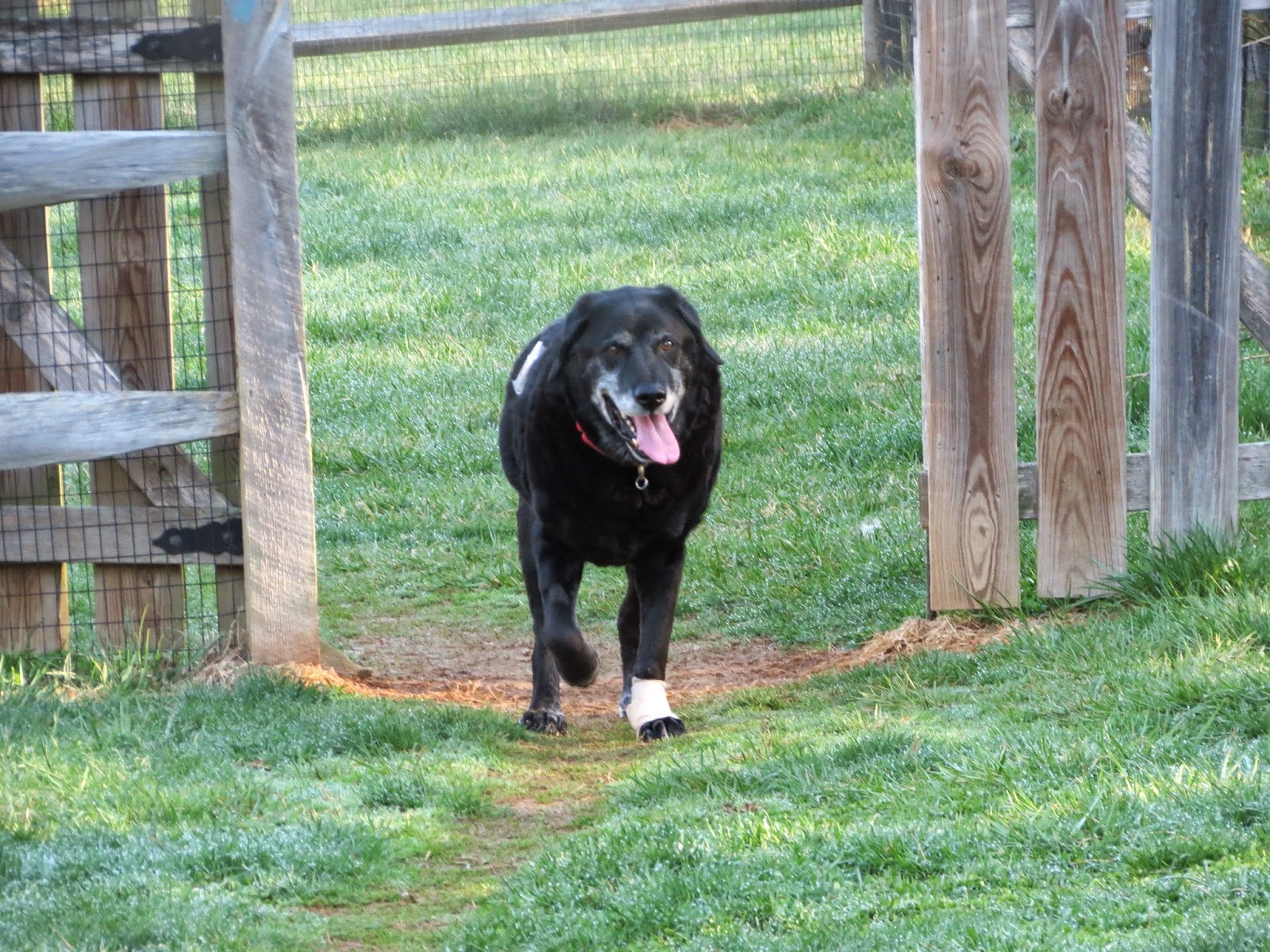 Georgie's retriever side shows in that he loves attention.  A couple of nights he woke me up nudging my hand for pats and a nighttime chat. I'm wondering if he just needed some reassurance, because afterwards he'd lay down and sleep the rest of the night. 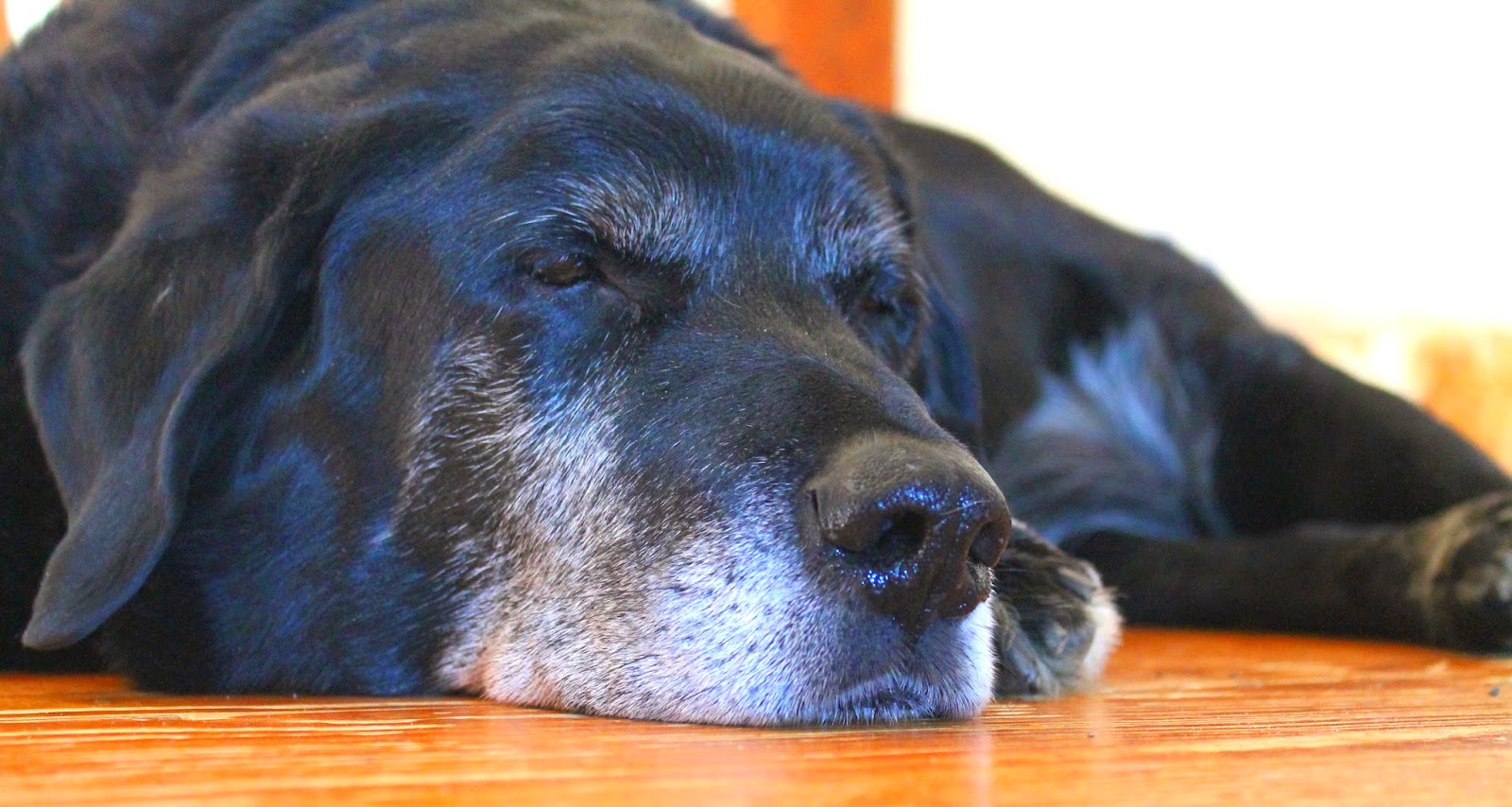 He also is getting along well with the other dogs.  Having lived with small dogs, Georgie barely seems to notice Todd trying to boss him around.  And best of all, our boy Gus seems to have found a new pal. 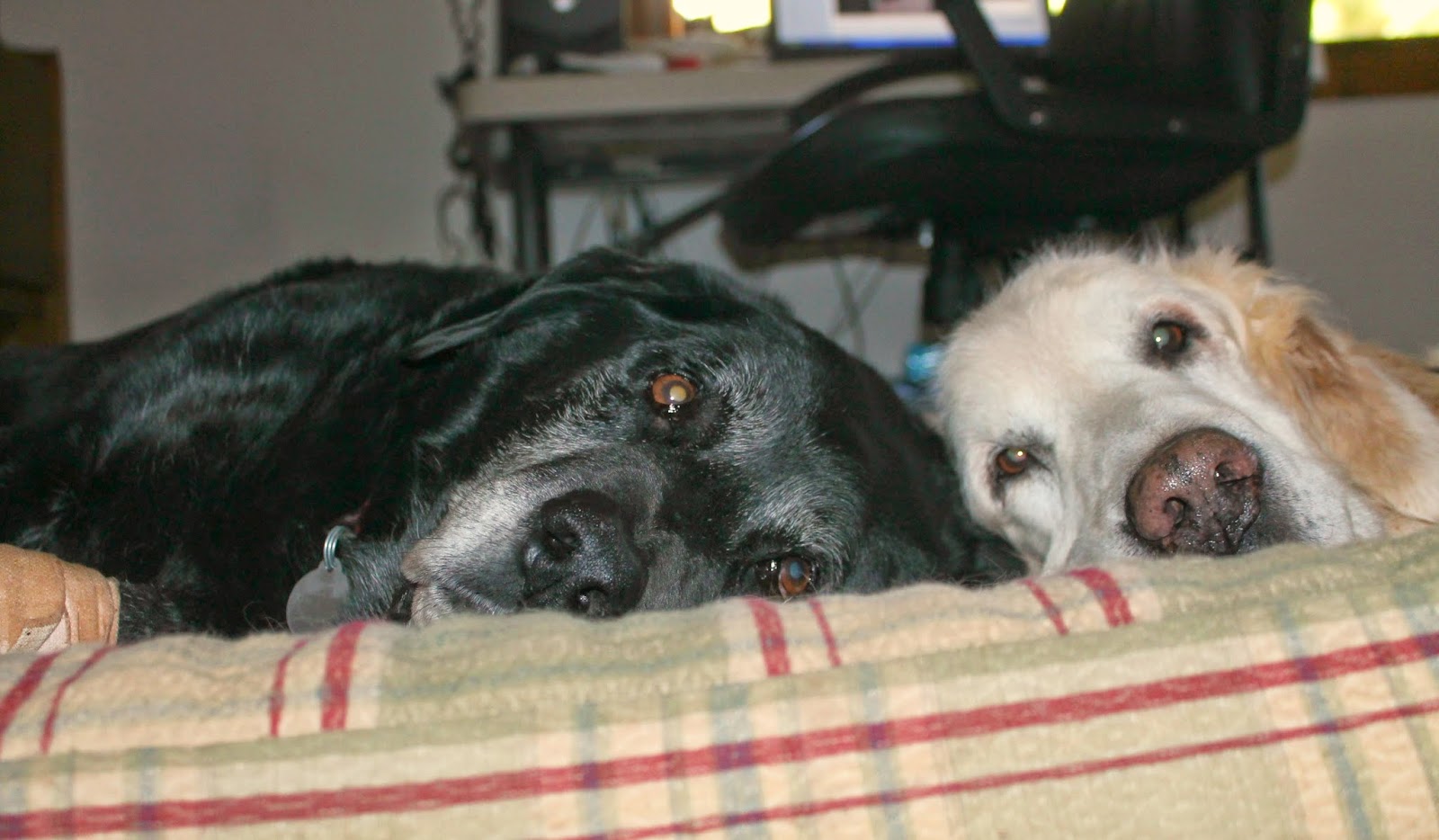 Directly from West Virginia, today we welcomed Georgie or "Biggie" as he is known to his close friends. 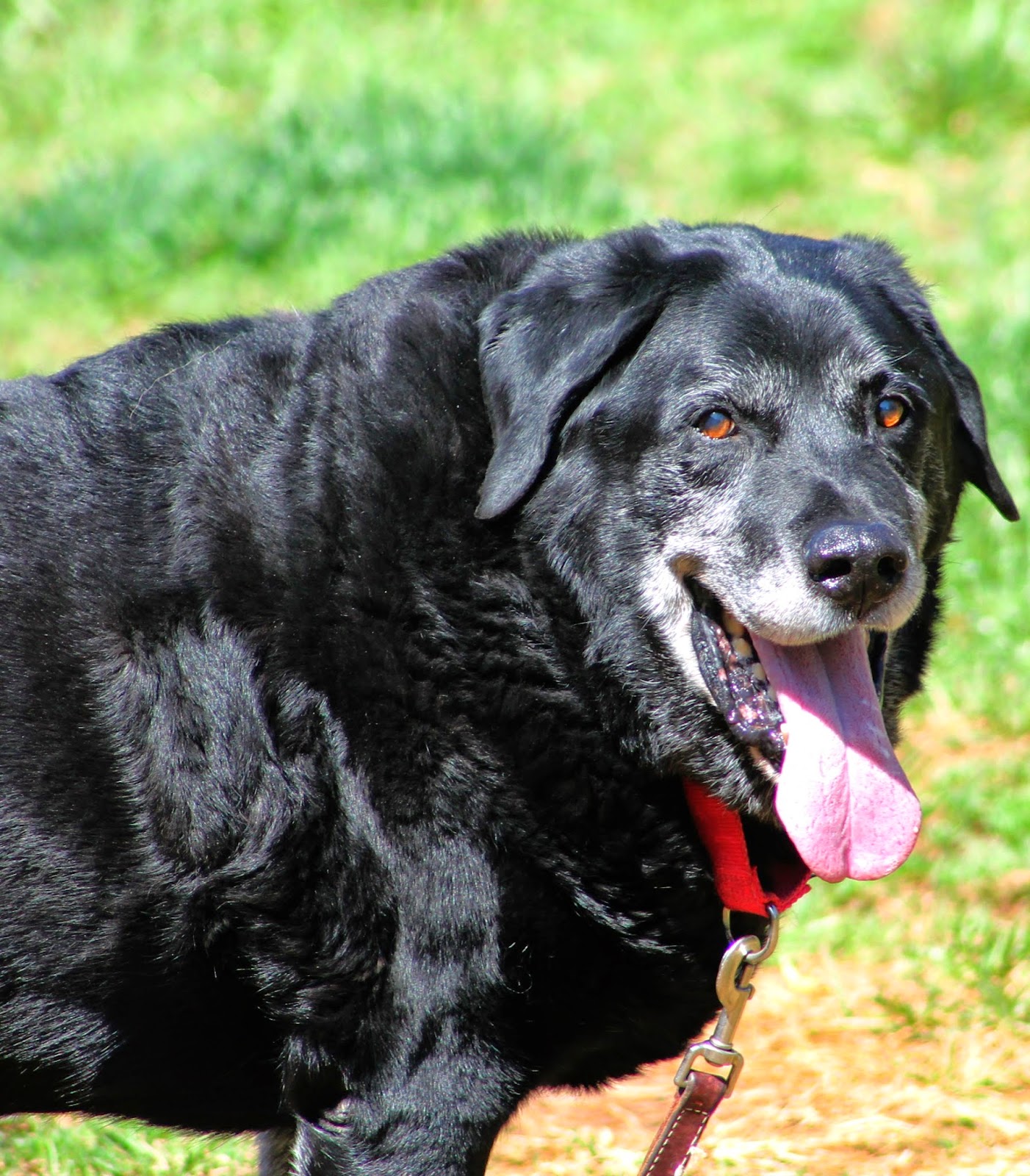 Georgie was given up by his first owner who was evicted from his home along with five other dogs. "The Lady" who lived next door helped the man find homes for the other dogs, because she didn't want them to end up in the local shelter. A home could not be found for Georgie, so "the Lady" kept him.  A change in "the Lady's" life's circumstances three years later has her returning to the Philippines where she is from. 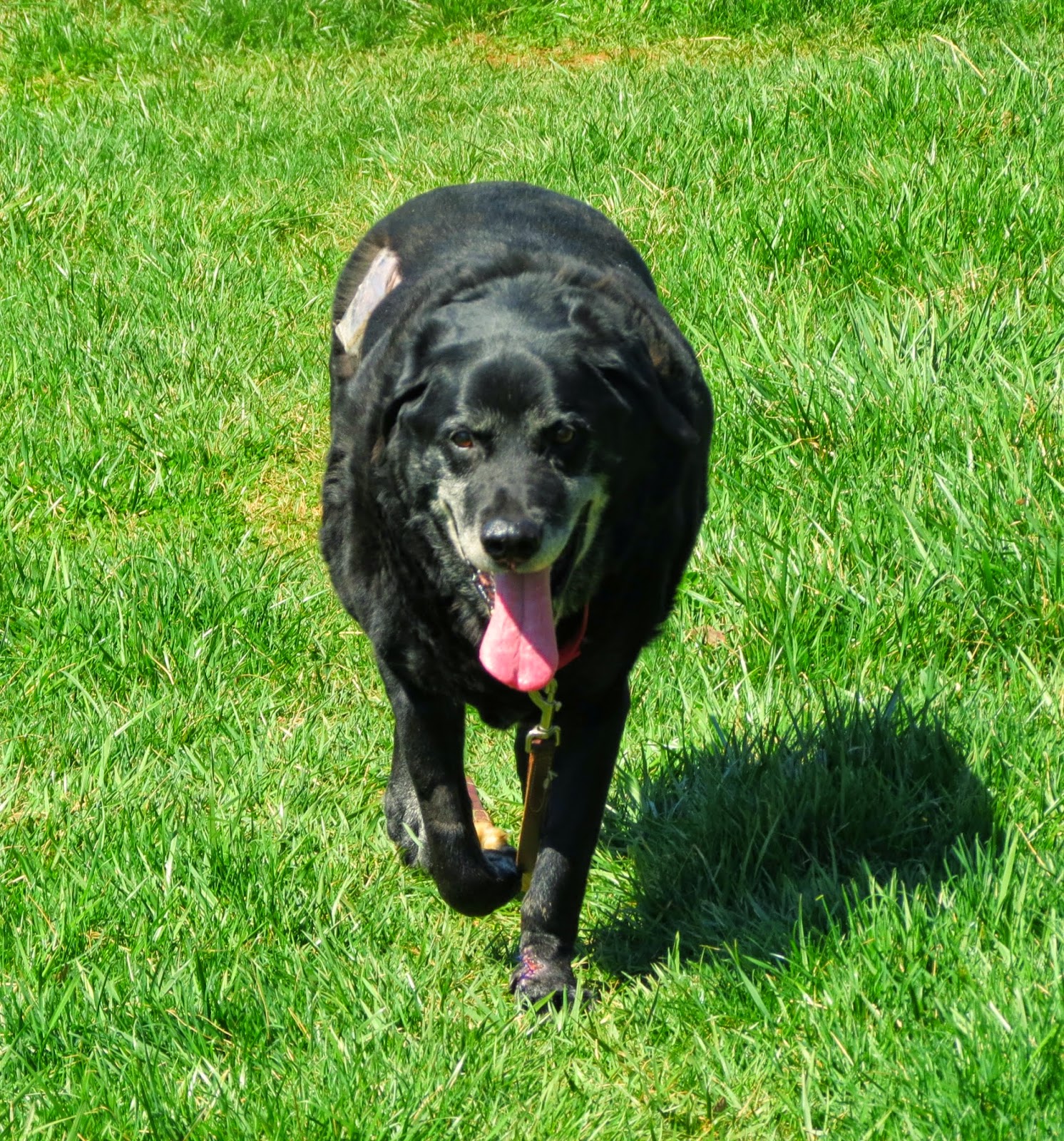 Georgie has come to us via Lab Rescue. Some of you might recall that about two years ago I had a bit of a falling-out with the Golden Retriever Rescue over our boy Sunny. After nearly a year, I thought we would not be asked to foster for them again. So, I applied to foster for Lab Rescue. However after our approval, I never heard from them.  Shortly after, a senior Golden needed a home and I all but forgot about fostering for Lab Rescue. But about a month ago, I received an e-mail asking if we would consider taking a senior Lab for them. With the recent losses we have room for a new addition so I told them I'd consider it.  Fast forward through several e-mails, phone calls, Georgie's surgery to remove 12 teeth and a couple of lumps, my trip to Kentucky, and here he is! 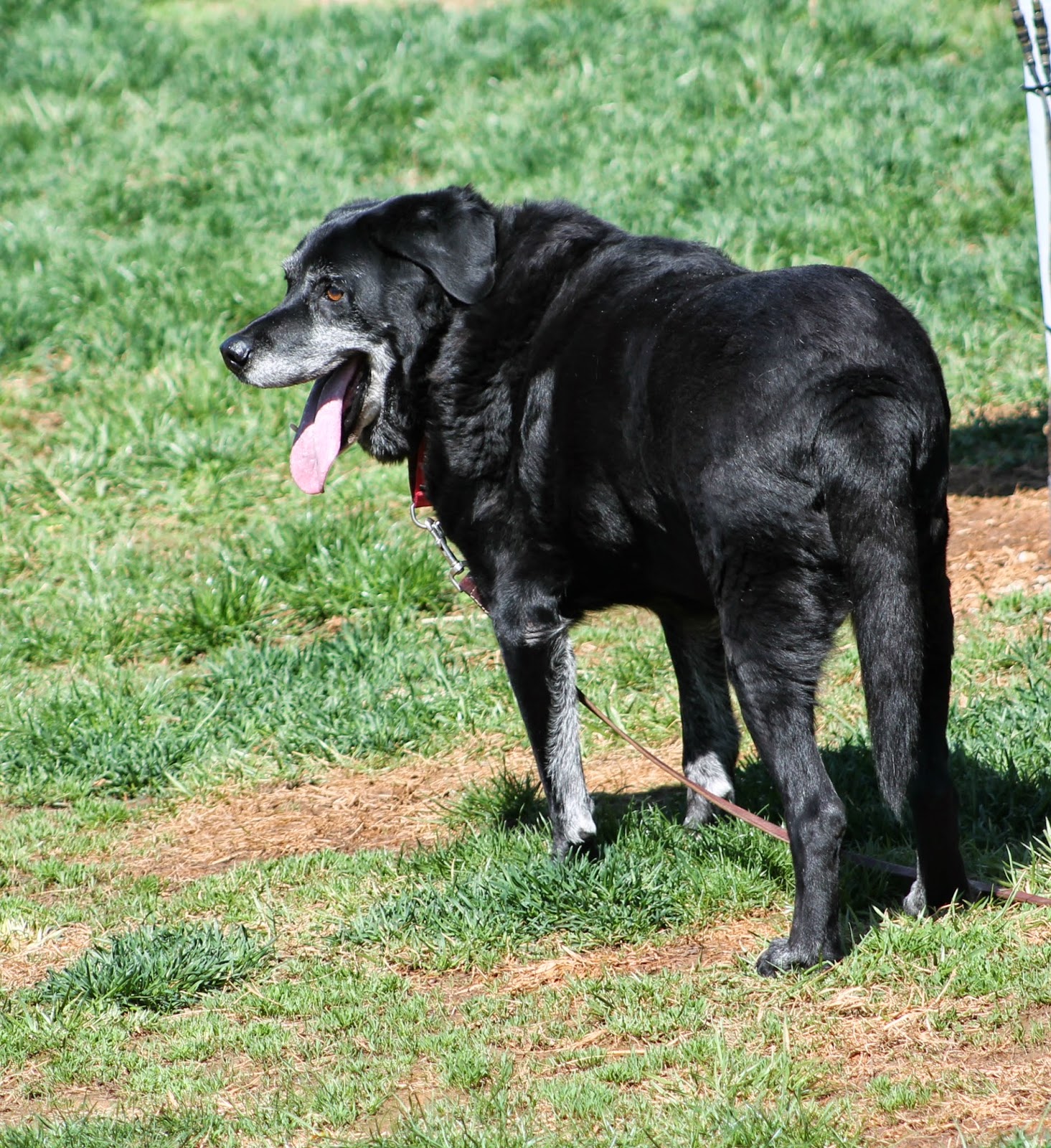 Georgie's introductions to his new pack mates has gone pretty well. He is used to living with other dogs, and our dogs are used to meeting new ones. I know that Georgie is nervous because he's done a lot of panting and pacing.  He doesn't understand why his world has been turned upside down. But he's a Lab and so I have a feeling he'll quickly figure out that he's going to be okay -- And soon enough he'll become "Biggie" and a good friend to all of us at Golden Pines! 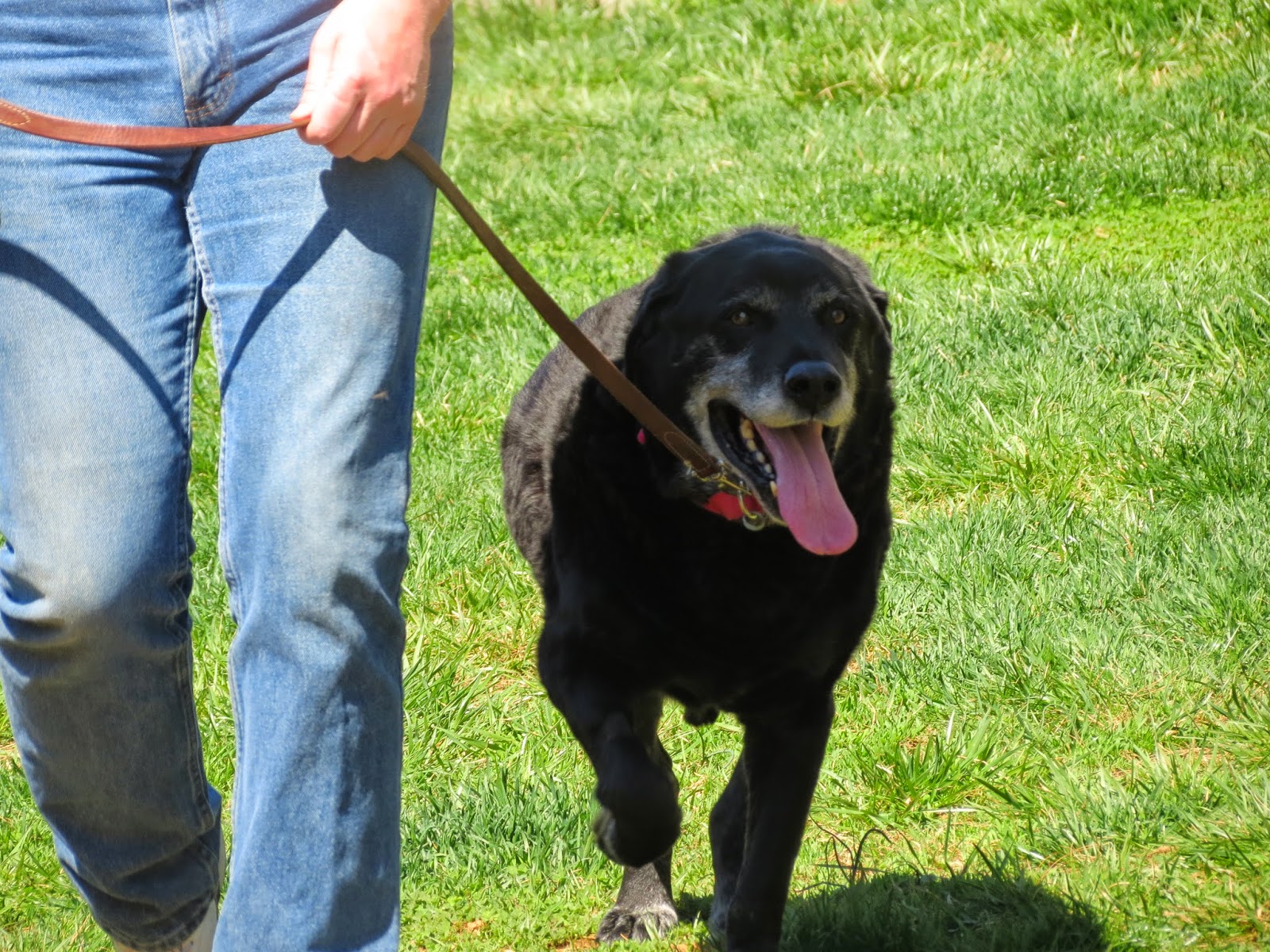 A Birthday at Golden Pines!

I returned a couple of days ago from a trip to Kentucky taking care of issues related to the passing of my brother in February, and the upcoming sale of the home owned by my parents. The work to sort through so many years of living in one house, deciding what should be kept, given away or thrown away is time consuming and exhausting both physically and emotionally. There is still a lot of work left to be done. Another trip is planned in a few weeks.

With all that aside, I am back just in time to take photos and celebrate our "birthday boy,"  Todd. 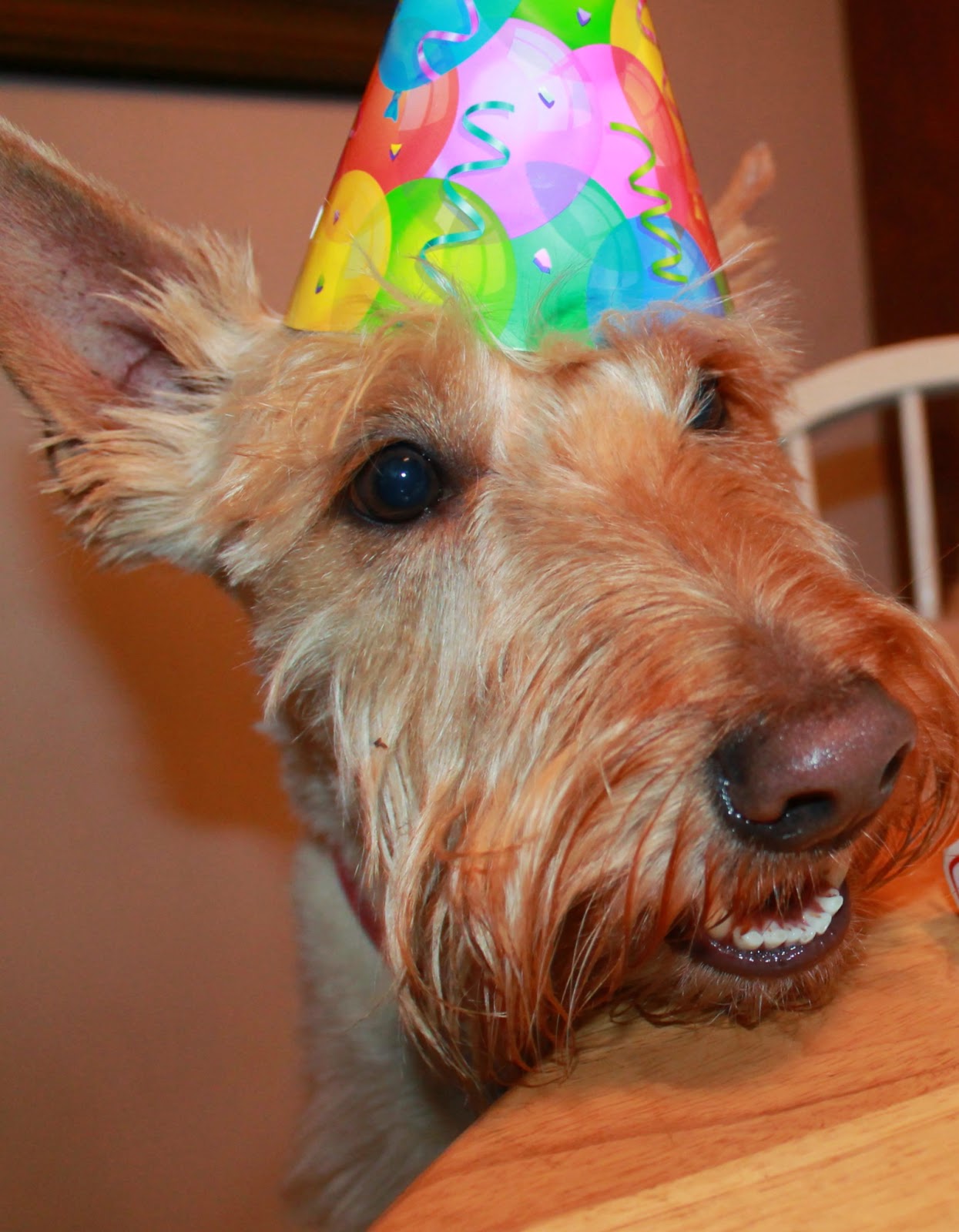 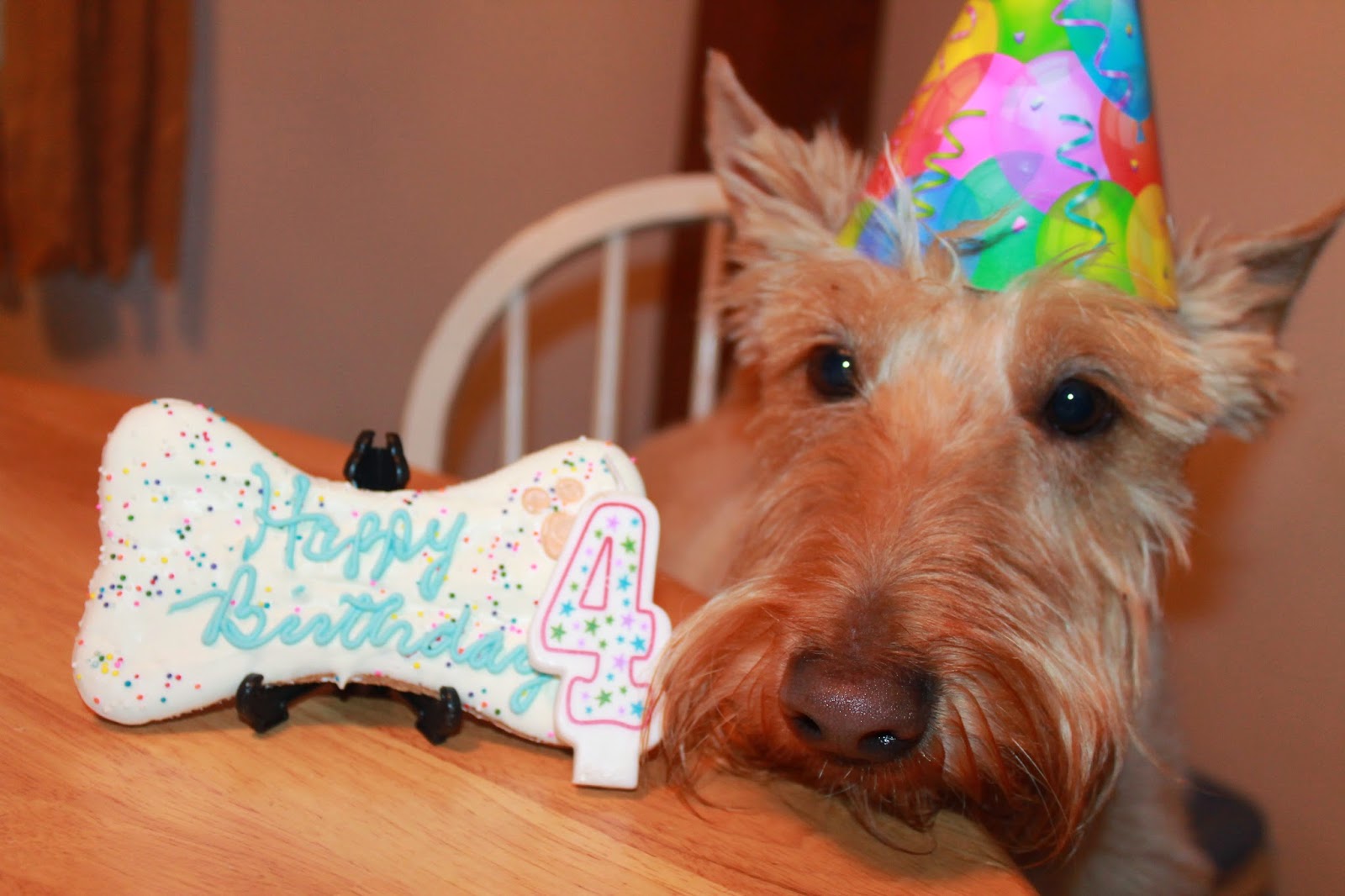 Where has the time gone?
At four years old, Todd has really grown up. There are times I feel that calm maturity and dignity from him that only comes from age and experience.  But don't get me wrong.  Todd is still the "number one show" to watch in our house and the one that can bring the most laughter and cause the most mischief!  I don't think that's going to change anytime soon! 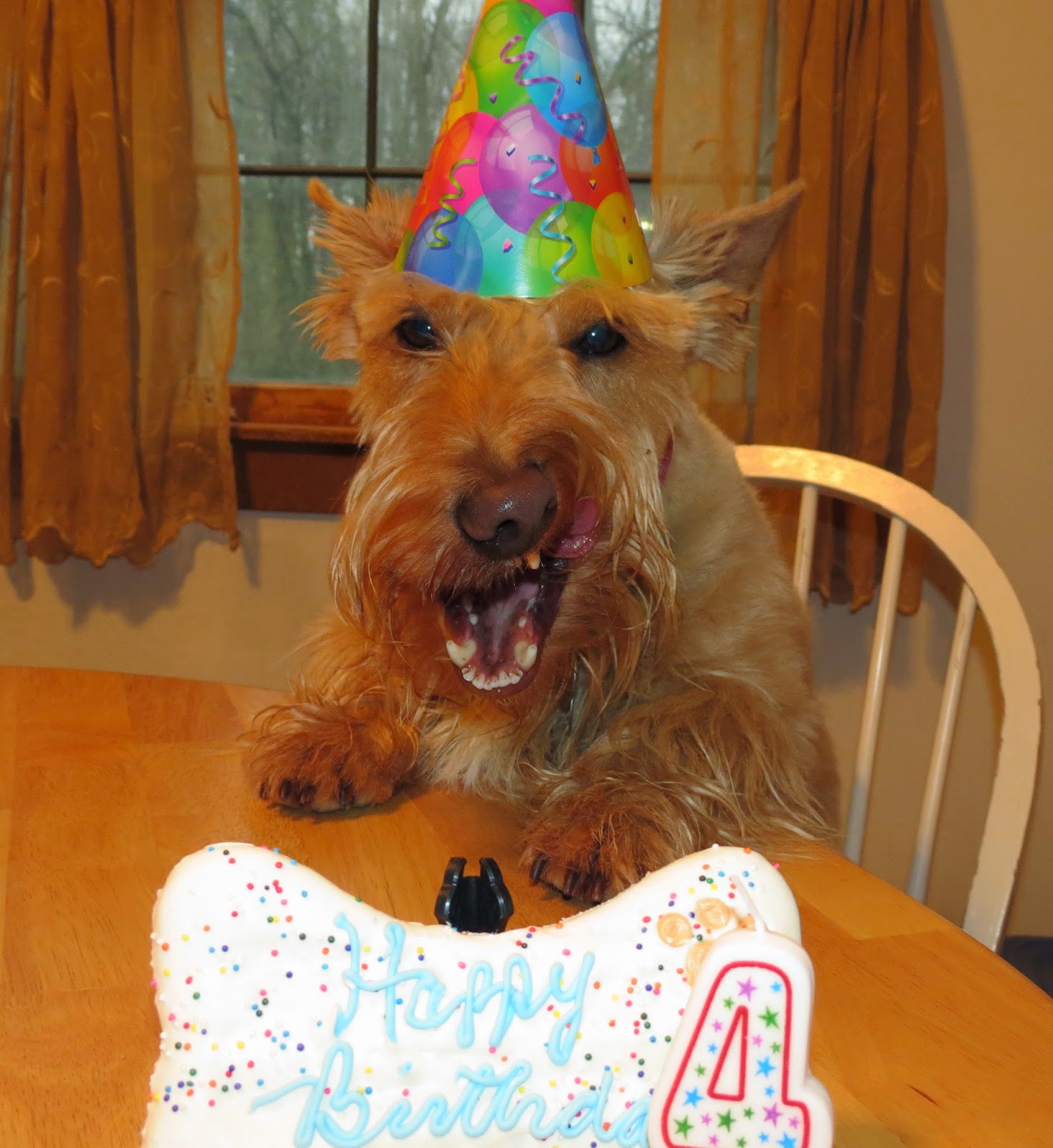 Even with a boy named Georgie who is supposed to arrive on Saturday. 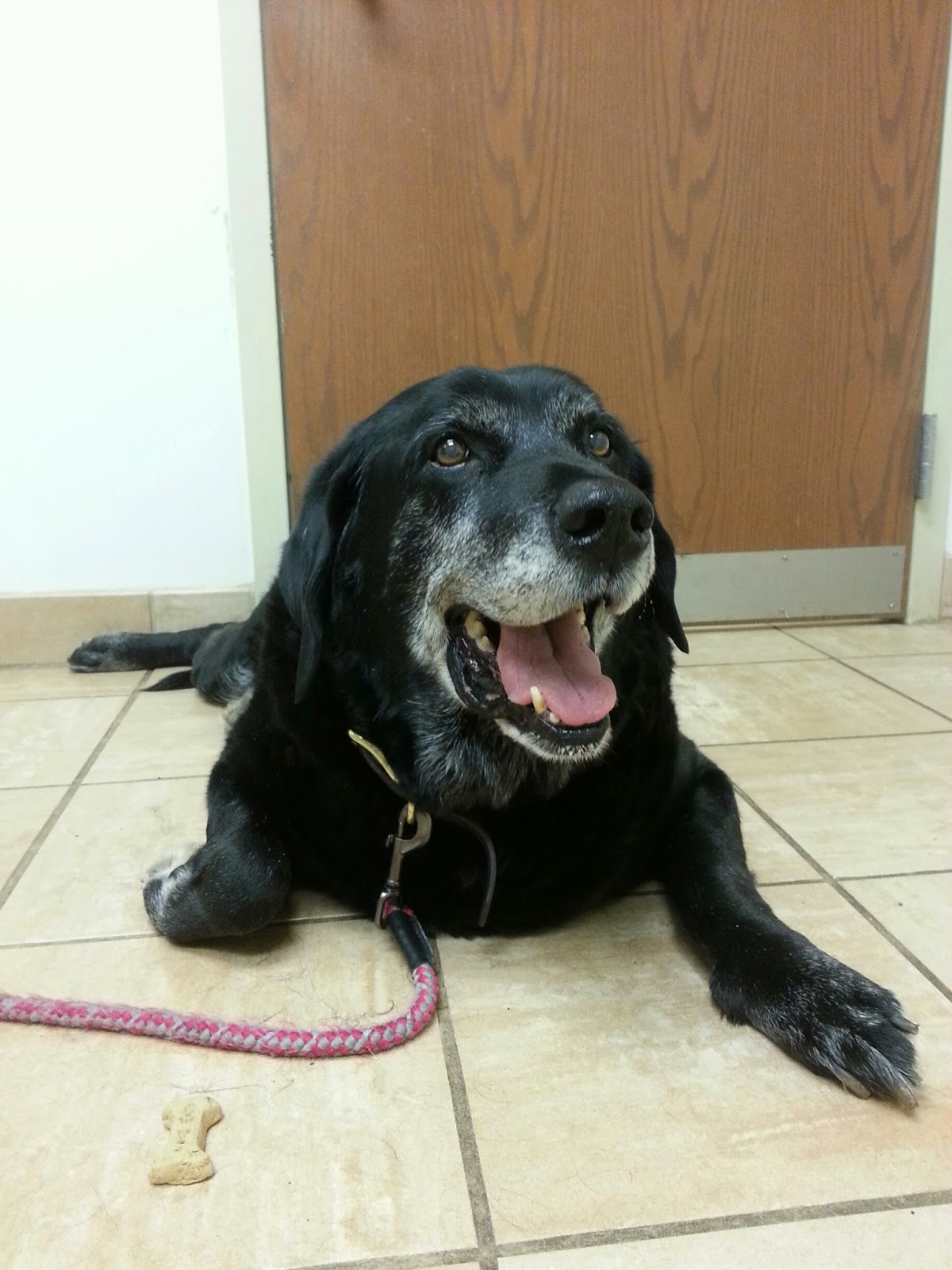 Don't adjust your screen. Georgie IS indeed a black lab. 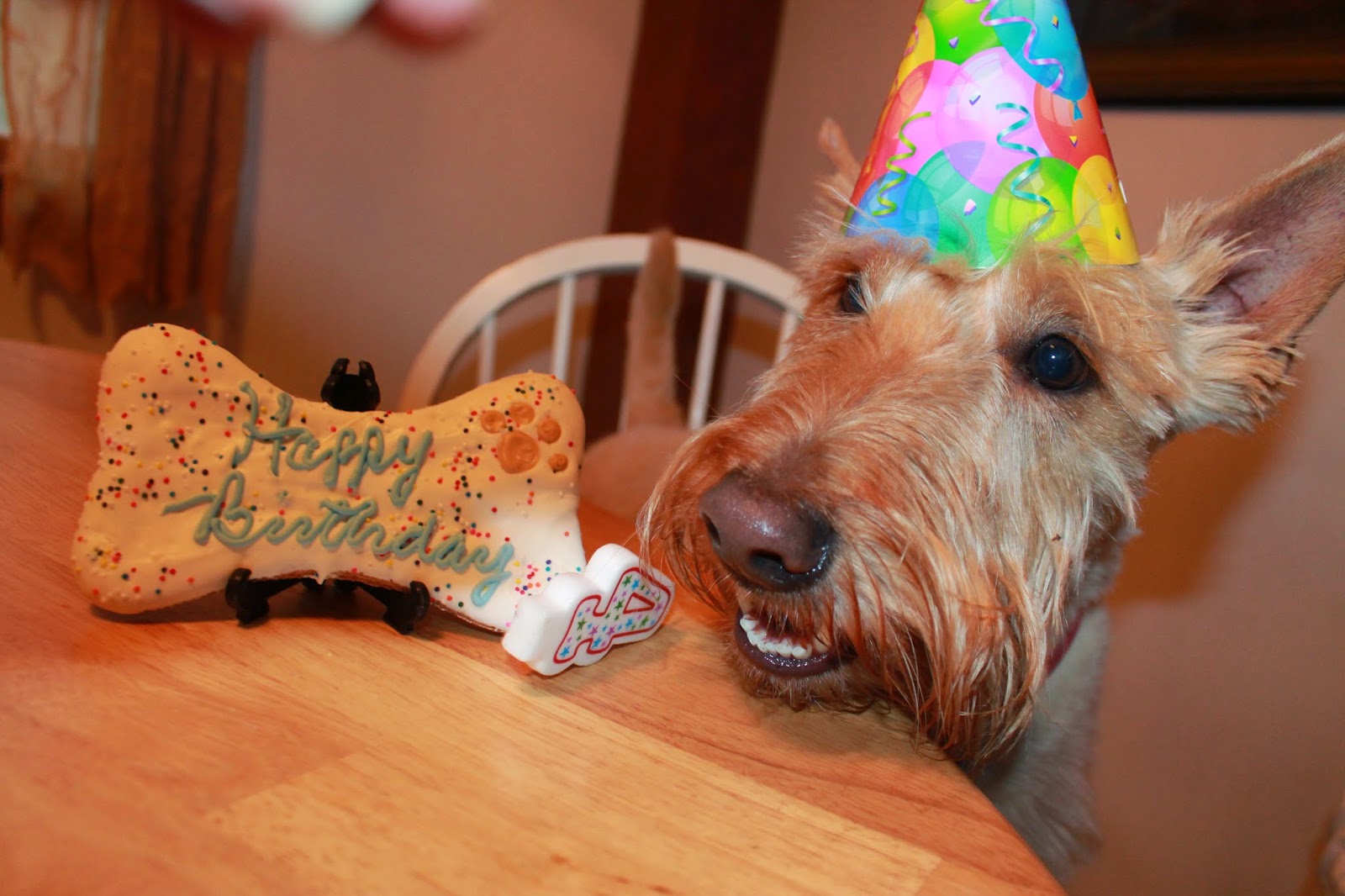