Goodbye to our Barkalot Boy, George

It has been a crazy busy time. With my counterpart at work still out sick, I've worked a 'double booked schedule' at my office every day. I'm mentally exhausted. Thankfully it appears that my co-worker will be returning to work on Monday. In more ways than one, I'm grateful that *she* is feeling better. 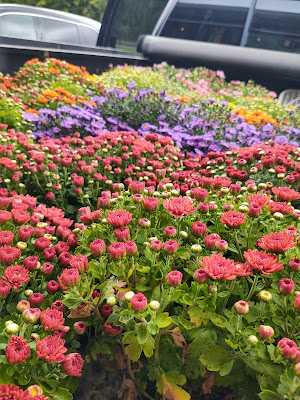 At home, the dogs all seem to understand and have patiently waited for their dinner that has come a bit late on a few nights.

But for the 3rd time in about 2 months, what could not wait or be postponed any longer, was our saying goodbye to our beloved boy, George on Friday. George has been declining physically over the last few months, but despite that, his spark and spirited determination were as strong as ever. 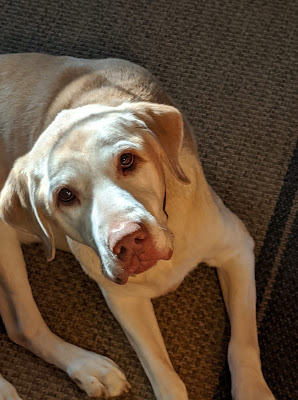 In allowing his will and determination to continue and to help make his life easier, thanks to a kind supporting friend, we purchased a garden-wagon with removable sides that helped us to get George outside, and saved his needed strength and ours too. With one of the sides removed, and an added rug for comfort, it was perfect inside and outside. 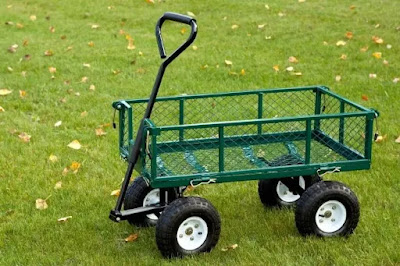 Despite George's perseverance and I'll add courage, he became unable to stand on his own, and sitting up became difficult too. We knew it was time to make the hardest decision a pet owner has to make, and that was to let him go .....  George was always nervous at the vet and so I wanted that goodbye to take place here at home.

Yesterday afternoon was warm and sunny on our front porch and as the sun was beginning to set at the end of the day, we sat with George, giving him lots of treats and said those things to him that come in these tender quiet moments -- And, with one last final bark, another reminder of George's strong spirit, he bid this world goodbye and began his journey to the next life, leaving behind a silence that has filled the air as much as his bark did. How I already miss him. ❤ 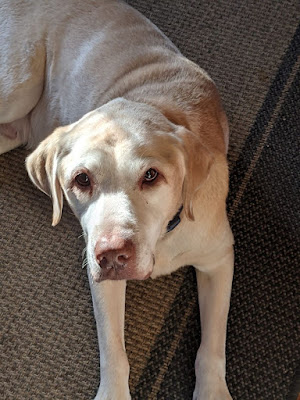 George came to us in the fall of 2019 along with his brother Abe, via Lab Rescue. The two together, very quickly and appropriately were given the name of  "The Barkalot Brothers," because well, they continually and endlessly barked a lot. A whole lot. It was something we were never able to stop them from doing. But we somehow kind of got used to it.

In mid-December of  2019 the health of their original owner, Paul had improved and so he asked if the rescue would return them to him. We all agreed, and by January, the two were back home.

I kept in touch with Paul and in the spring I received a text-message asking me if we would take George back. Abe had passed away a month before and Paul's health was again declining, and he was no longer able to care for George. We of course welcomed him back, and we officially became George's new-forever family. Even with that bark that never seemed to stop, we never for a moment regretted it. We dearly and completely loved our Barkalot boy.

I've felt for a very long time that George was truly among the biggest-hearted and soulful of dogs that I've shared my life with, second only to without a doubt, the biggest barker we've ever had - Next to Todd, that's really something - And so I cannot I cannot help but think that as George was met on the other side by his brother Abe, that the Rainbow Bridge has become a bit of a noisier place. I will look forward to the day when I see them both again, and find this out for sure. ❤❤
Video above, "The Best of the Barkalots"
Posted by ~Kim at Golden Pines~ at 6:10 AM 17 comments:

Before the weekend ends, I want to wish you a happy and safe Labor Day. Whether you’ve traveled or stayed put, or have laid low, I hope you've had a good weekend. Its been pretty quiet around here. I did work at the end of last week to give my counterpart at the office needed time off.
We don't get much company to our house, but we have had two visitors the last few days.
The first one, yesterday. Perched in a tree is what I think may be a juvenile Bald Eagle. I'm not sure. It was being chased by a crow, which I understand is not that unusual. I think it just needed a rest from being harassed.  **Does anyone know for sure if it's a young Eagle? 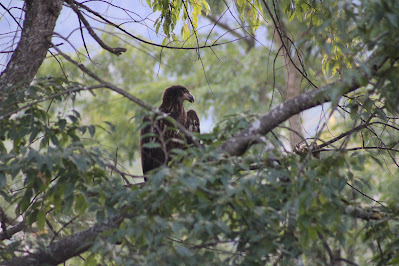 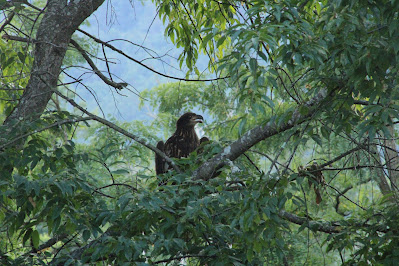 The other visitor came to see Ree. You'll recall it was a rule-breaking cosmos moment that brought her to us via a 3rd party. But her first owner, Marie, and I have become friends, and she has really wanted to see Ree again. Marie was traveling through our area, and so it worked out for her to stop by. I didn't take any photos.
It was an emotional reunion and Marie cried as Ree stayed by her the entire visit -- and I don't think it was just because she brought treats.
Ree, formally named ReeRee is Marie's childhood name and how she's known to family and so it's how our Ree, got her name.
The love that Marie has for Ree is obvious. But the changes in her life, having to sell her home because of an invalid husband, along with other changes in circumstances are heartbreaking, and life-changing. It all made it impossible for her to keep Ree. However Marie is persevering and hopeful for her life ahead. 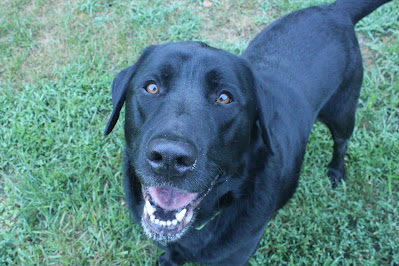 We had a nice visit getting to know one another, and my getting to hear fun stories about Ree as a puppy and growing up.

As our visit was ending, I told Marie that she was welcome to come anytime to see Ree. I felt some sadness and doubt in her response about our meeting again. And as I watched Marie kiss Ree and whisper something to her, I had a feeling that they will not see one another again. 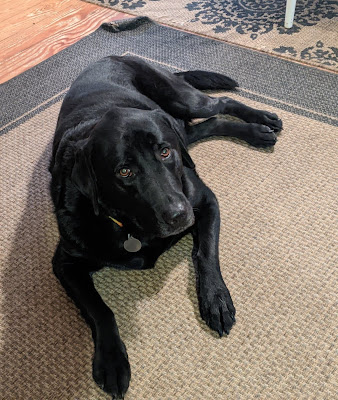 I think that Marie wanted to make sure Ree was okay,
and I think that she wanted to say good-bye.
Afterwards, I couldn't help but feel sad for them both. ❤
Posted by ~Kim at Golden Pines~ at 1:30 PM 13 comments: