Thank-you for once again sharing in the loss of one of our dogs. Your words were a great comfort and I didn't quite feel so alone at not being able to be with Hannah. She left this life with Carl with her, knowing that he loved her and that she meant something to us. 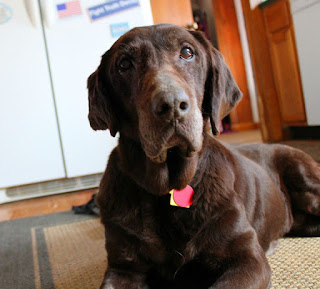 My time in Tennessee comes to an end today. It has been a whirlwind of a week. A good, longtime friend and my brother were here for a few days. We laughed, played cards, ate too much of all the wrong things and enjoyed the mountain views from the cabin and other places. 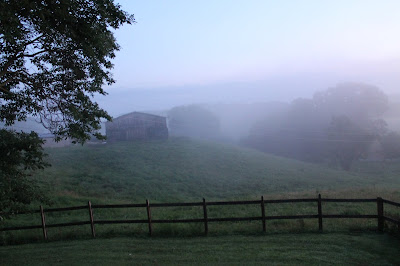 When they both left on Monday, it was needed time alone with my thoughts and a chance to mourn the loss of Hannah. In an unexpected moment, I saw a rainbow. It was the first one I've personally seen in a very long time. In looking at it, I felt that peace and comfort that only a rainbow can provide. 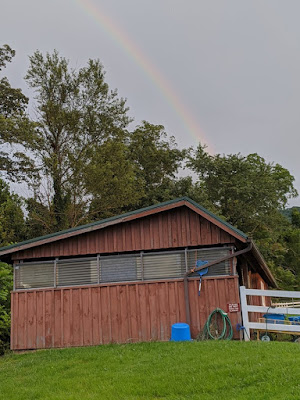 The time alone the last couple of days has also given me time to finish recharging my inner batteries and to put things into perspective. I didn't find the answers to my worries, but I think they'll come when it's time.

And now, it's time for me to get on the road and head home. 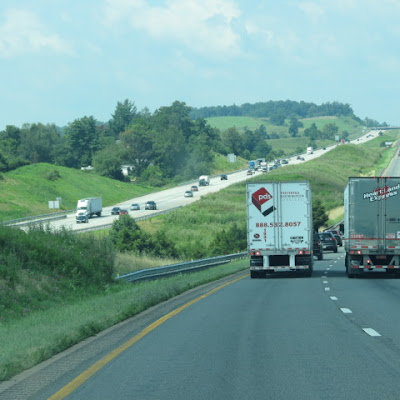 But not before I switch to the much lighter side and tell you that Todd, Max and Charlie had a great time!

Todd barked way too much! So much so, that my friends who own the cabin said someone nearby called them to complain about it.....  whoops ... 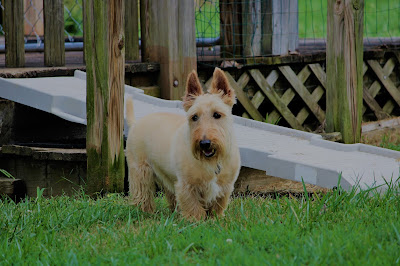 Max who played the role of social butterfly when my friend was here, was worn out from all the attention and fun that he really loves being a part of. 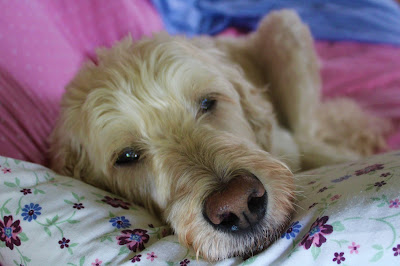 Which takes us to Charlie. At his respectable age of 15+ he seems to have enjoyed his time here too.  As I finish writing this post, he's sleeping soundly and snoring loudly! 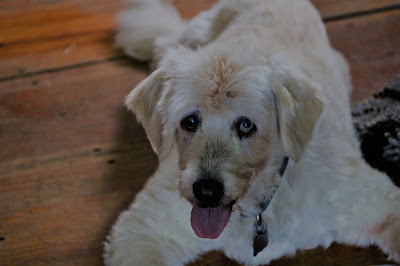 And finally just as a teaser, I'll say that I hope you stop back by in the next day or so to meet this lovely gal named Leah. Who, like Hannah, will be coming to us as a "hospice foster" via Lab Rescue. 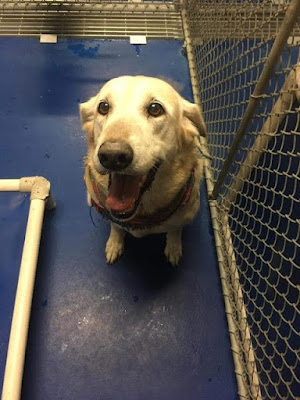 Good-Bye to the Beautiful Hannah

I am greatly saddened this morning to tell you about the loss of our beautiful Hannah yesterday. I was worried about her when I left to come here to Tennessee and I hoped that she'd be okay until I returned on Wednesday. And when Carl called me in the morning to tell me of a sudden change in her, I prayed for her to hang-on.  But it was her journey, not mine, and it was her time to leave us. 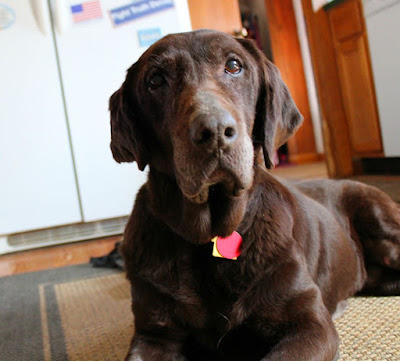 More than anything, I wanted to be there with Hannah on her last day, to kiss her head one more time and to look into her beautiful, hopeful and trusting brown eyes and tell her how much I loved her and how much I was going to miss her. But last night, as our day ended and I looked up into the stars, I knew that the miles apart didn't matter. She knew how I felt about her.  Hannah's place in my heart and as part of the fabric of our lives will always be a part of me. I'm grateful for the chance to have known and loved this beautiful and brave and courageous girl for 171 days. 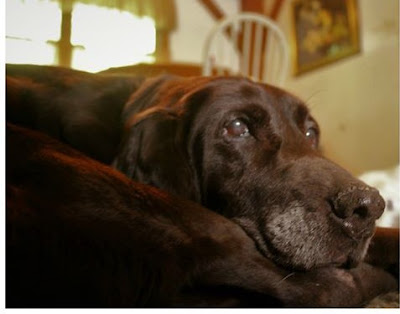 God-speed Hannah-Bannah until we meet again at the Rainbow Bridge. 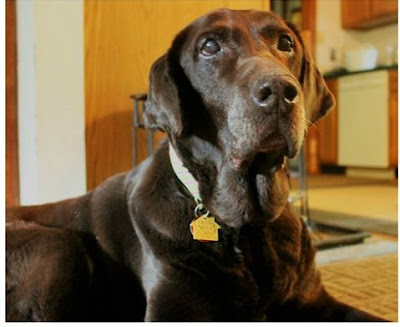 In what I call, "the dark days of March and April" because the office where I work was only seeing emergency patients, and I was working every day, what kept me and another co-worker going was the dream of our vacations. We both had them scheduled at the same time. She and her family had already rented a house in the Outer Banks of North Carolina, and I had already reserved my favorite-go-to-place in Tennessee.  At that time with all the uncertainty, we didn't know if we were going to be able to go or not, and July was so far away. 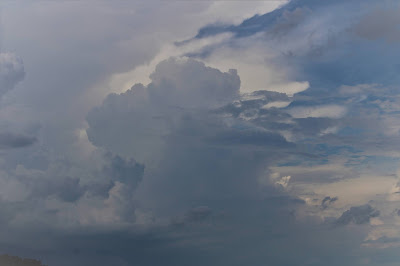 Well, the time arrived, and here I am in Tennessee with Charlie, Max and of course Todd, who was my co-pilot. 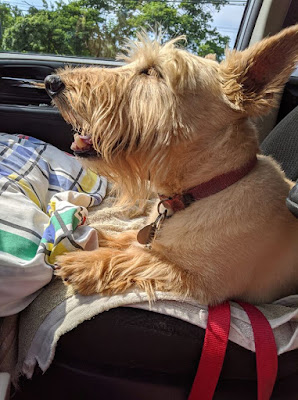 Our first day here has been a relatively quiet one as we're getting settled into the cabin and just relaxing. 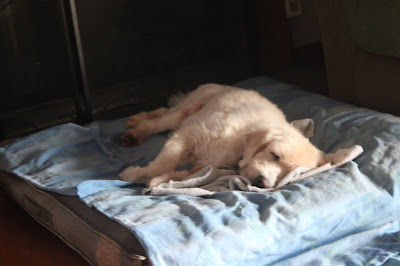 Because that's what it's all about. 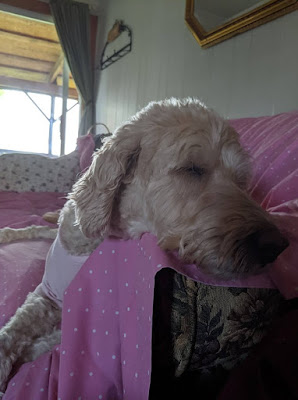 I am humbled and grateful and so happy that on Monday, July 13th, we will reach what I consider a real milestone and a day of celebration and cheers.

The occasion?  It is exactly 14 years to the day that Charlie came into our lives. Fourteen years.  I cannot believe it. Fourteen years ago, I was serving as president of the Golden Retriever Rescue, and was helping out Old English Sheepdog Rescue whose president I'd gotten to know a few months before. She called and told me about a "sheep dog mix" in a shelter near me, and asked if I could get him for them. Of course I agreed.

The shelter had named him "Charlie" and he was certainly cute enough. But in my mind, 14 years ago, he wasn't a Golden Retriever, and I never, ever had any thoughts about keeping him, but I did agree to foster him until a home could be found.

Charlie was added to the "Petfinder" website and there were several people who were interested in Charlie. This included a movie production company that wanted to buy him - And I am not kidding, even Old Navy contacted sheep dog rescue about maybe "leasing Charlie" for an ad campaign they were doing. Of course we rejected those offers, ending Charlie's chance at stardom - I remember thinking, "movies and commercials? Really? Am I missing something?"
Everyone was drawn to Charlie, and as I just said, I just didn't see it, or feel a connection to this white-shaggy-dog, despite 2 perspective family's telling me that they thought I should keep Charlie because they thought he was bonded to me.  But I didn't waiver, he wasn't a Golden Retriever, and I really didn't want to keep him.

I'm not sure when I changed my mind about Charlie. But I did, and it was some time in late fall of 2006 we made it official, and he became a member of our pack, and our very first, non-Golden Retriever.
I've never looked back and of course, I've never, ever for a single moment regretted keeping him. Charlie is a companion, a friend, a partner, a teacher, a listener, a student and a connection to a past and our present. He is a true gift.

At what I am sure is more than 15 years old, Charlie sleeps more than he did, doesn't hear so well, his appetite can be compared to a finicky cat, and he's not as steady on his feet as he was even 6 months ago.  But this goal of 14 years together, as I said at the start of this post, has me humbled and grateful and celebrating.

The weather-lady said this morning that we are having "cookie cutter days."  I know she was talking about the weather, but the same could be said about our last few weeks. Each day seems like the one before, and passes just as quickly. 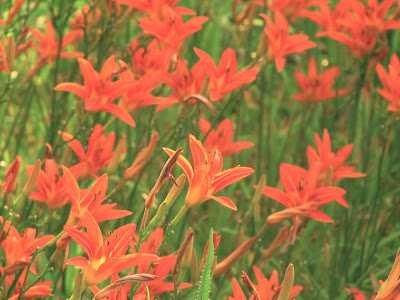 However, a very talented and kind friend made me a cake - For no particular reason. And no, Todd did not get any part of it. 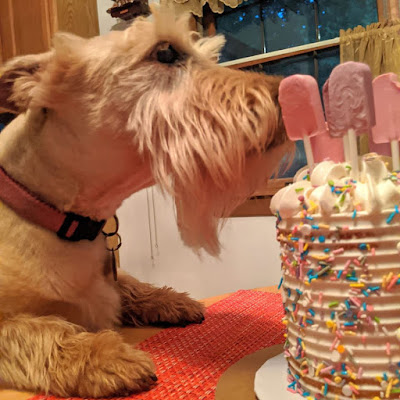 We have had in the last couple of weeks several evenings of thunderstorms that have done a lot to frighten poor Leo. After a lot of discussion about Leo's storm fear, I've learned that this type of fear is most often "baked in" and not one that can be totally resolved. It's one that is managed.
On the positive side to Leo being so afraid, if there is one, we've found a way to manage him during a thunderstorm that makes him feel safe and he'll settle down. In the finished part of our basement living area, that has no windows, is a quiet place where we can sit with him, turn on the TV and wait for the storm to pass. This has worked out really well - In fact its worked so well that there has been no need to give him any medication to ease his nervousness and anxiety, which I think is another plus.
Having this solution has really helped. So, knowing what works for him during storms, its been decided to make Leo available again for adoption, so stay tuned.....

At the vet was Hannah. Before we adopted her, I was concerned about her back leg that has had swelling around her hock. I brought it up several times, but the vet for the rescue, for whatever reason, never addressed it. It is actually (another) one of the reasons for adopting Hannah because I was concerned about it. But the first day I took her, Mobile Vets x-ray machine didn't work, so we had to reschedule. Mobile Vet wanted to try and stabilize her leg, so we tried a brace on it, that didn't stay on for too long. 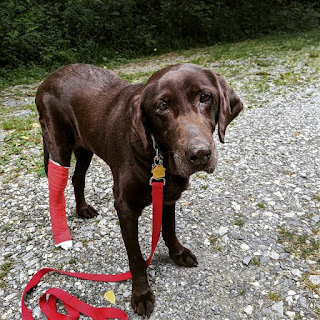 Back we went last week, and the news was that her heart and lungs looked pretty good. 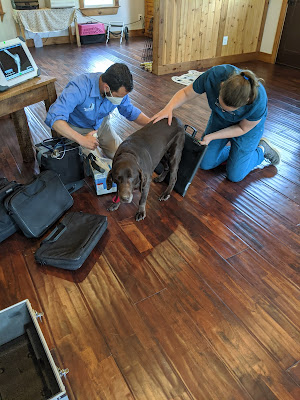 Of course I'd really hoped that the swelling on her hock wasn't anything too serious - But I had a feeling that it was. Unfortunately, just like Chip, it's bone cancer. With Hannah having heart-worm, mammary cancer, and eye problems, more than anything I wished that this girl could get a break in her health. 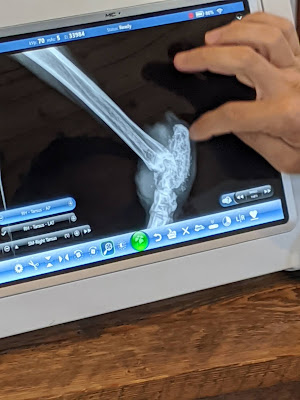 Mobile Vet said that given all of her health problems, we're really on borrowed time with Hannah. Of course, I don’t know how much time we’ll get to borrow. But however long it is, we’ll make it count. We all agree that with all she has been though, this sweet girl deserves that. 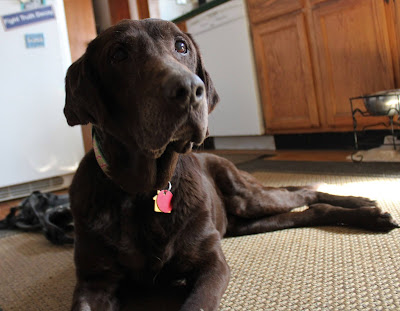