We’ve all had those weeks. Well, mine turned into one of those months. It all began when my desktop computer (about 8 years old) started shutting down for no reason. Carl tried everything to fix it and keep it going, even putting a fan in the back because someone mentioned that it could be a "cooling issue." It didn't work. So before the computer and *WE* gave up, Carl got me a new computer. I don't need all the bells and whistles when it comes to a computer, and thankfully he got a really good deal on one and assured me that setting it up would be a breeze. Transferring pictures, and files proved to be a bit of a challenge. Actually, not so much of a challenge for Carl, but getting the "old" computer to agree to give them up in between shutting down was not the easiest. And I'll admit that my impatience at the whole thing and how much time Carl was spending on it didn't really help either. At any rate, aside from those few glitches I think I am back in business. Yay for us! Happy New Year!

In what feels like for-ever that I've been gone because of waiting on Carl to get my computer set up, I've been reading blog posts on my phone, which worked okay.... And that's all I'll say about that. With that, I've decided to tweak things just a little bit on my blog. You may or may not notice, but my blogging goal for 2021 is to post a little bit more often -- So, lets see where it all goes.

With that, I'll tell you that we had a couple highs and lows at our house last week.

A high was that we celebrated a birthday at our house. It was the **14th birthday** of our girl, Sophie. You'll recall that in June 2018 she was treated with radiation for a softball size malignant thyroid tumor that her previous owner was told would extend her life by one year. Obviously they were wrong, and we are thankful for that, and that Sophie is part of our household.  And while she may not have been smiling on the outside, I know she is on the inside, because there was a lot to celebrate on her birthday. Sophie is up and around, loves her mealtimes (💓!), she practically runs to her spot when she sees I have her bowl. She breathes really heavy, coughs and chokes a bit more than I'd like, but she gets herself through those moments and is no worse for wear.

I sent Sophie's birthday picture to our groomer, who is friends with Sophie's former owner. Irina (groomer) shared it with "Judy" who I will add is about 95 years old, and her caretaker said that Judy was so happy to get her picture that she cried. I'm glad I thought to send it to her.

On a lower note, there's Buddy, our foster boy for Lab Rescue. I don't post about him much. I have my reasons for that. I have a story about Buddy that I'll tell you at some point very soon - It remains "in draft" until I can find the right words to finish it. 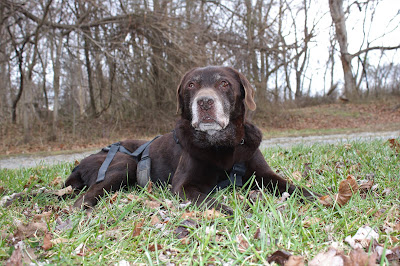 But he is doing pretty well. Despite that Buddy cannot get to his feet on his own, he is engaged in what's going on around him, has a good appetite, and he loves having acupuncture with our Holistic Vet. But he's having spasms in his neck that appears to be strained, making it hard for him to move his head. We think it happened when he was rolling over -- something he loves to do -- Buddy had acupuncture yesterday to help with that, and today, as expected, he's worn out from it, and we're hoping he'll feel better in a day or so.

And speaking of a day or so, the weathermen tell us we are in the path of a winter storm that after a dry-spell of about 2 years since we've had a measurable snow, we are hopeful and ready ..... I think!

In many languages the month January is named after the Roman god Janus, who often was depicted with two faces—one looking back on the past, one looking forward to the future. 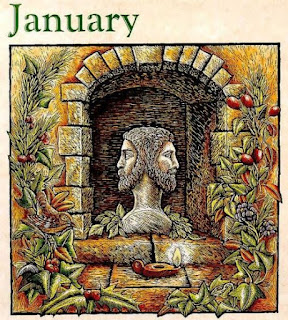 Reflecting on 2020 of course it goes without saying that there are feelings of frustration over the changes, sadness and pain over terrible and heartbreaking losses. I think there's already too much of that for 2021 too. It has already been quite a month and we're not even to the middle of it yet.

This past Wednesday was a terrible day on so many levels. To not take away from any of those events, or trivialize them, at our house the day ended with Max pacing, panting, licking his lips and gagging. I worried that he had something stuck in his throat. And as much as he would let me, I looked inside his mouth, and reached to the back of his throat to try and clear it, just in case something was caught. I could find nothing. His gum color was good so I knew he was getting plenty of air, but I then started to worry he was having an allergic reaction to something he ate. I had given him a bite of my dinner.... I gave him three Benadryl and waited 15 minutes. 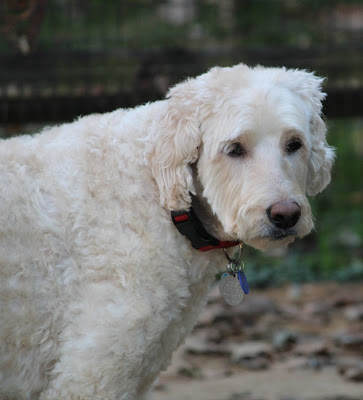 It didn't really get any better. That's when I headed to the animal emergency room, about 25 minutes away. When I was about 10 minutes out, I called to let them know I was on my way, but I was told that they would not be able to see Max - Apparently with COVID they have cut down on their staff on each shift, and that cuts down on how many emergency patients they can take. This unsettling news took me to another 24 hour vet's office that I did not want to go to and to a vet that I totally detest that was working. As hard as it was, I put that aside, and waited outside in my van for the vet to call me. (did I mention I really don't like or trust this vet?) to give me the diagnosis. Okay, the vet, that I call "Dr. Death" because of his callus disregard for those in his care, I will say, just this time, that he did what appears from the outside where I was, a good exam and x-rays that found nothing but a lot of gas in Max's stomach. Max was given a steroid injection and another injection for the nausea and very thankfully there have been no more symptoms.

Yesterday Max was quiet and subdued and so un-doodle-like. 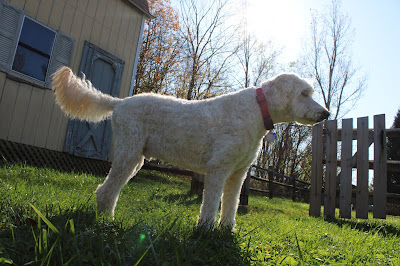 But his appetite seems to have returned. And after another friend told me she'd had the exact same experience with her dog, it helped to know from her what to do if it happens again. 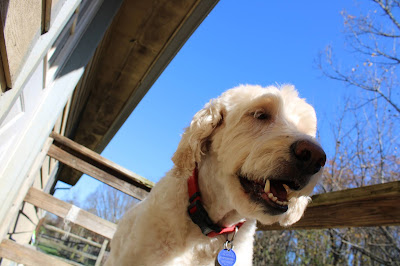 So with that I ended my work week having my first COVID vaccine. The Centers for Disease Control and Prevention said that "dental personnel should also have priority access to the vaccine."

I will confess that I was really on the fence about getting it. Partly because there are so many others that are missing being with their family's and other similar reasons, and they are really waiting and hoping for it, and I hate to take that vaccine from someone like that.

But in a moment of watching a report about COVID, I felt that I should go ahead and have the vaccine.

To have it or not to have it, is really a personal decision, and for me, it was the right thing to do. Other than a bit of a sore arm, so far, I'm feeling just fine. 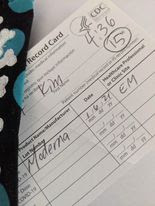 I so hope you, my blogging friends, are "feeling just fine" too and I look forward to catching up on your blogs and reading your news. I have really missed you. 💓 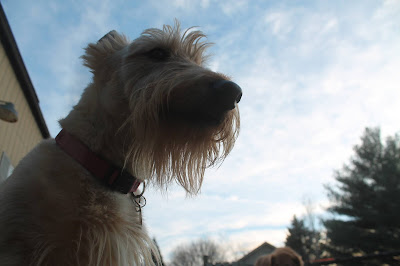 Cheers To The New Year

For so many of us, December is by far the busiest month in the year, and oftentimes it slips past, which is what it did for  me.

I did all the planning, (reservations, games, etc.) for our office Christmas party. In past years, we've always invited the "Office Alumni" to attend, but with social restrictions it was just the 8 of us that currently work in the office. We all agreed that with the year, as a staff, we really needed the time to just be together as an office without the phones and the patients and chasing the clock. At home I did manage to get most of my New Year's cards mailed, the shopping done and everything else that comes with the holidays.

We did have one snow fall that got me out of work early. 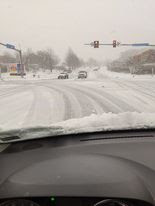 I got home work safely, only to become a casualty in our driveway. I backed up to get some momentum to get through the snow, and in the darkness and a dirty back-up-camera, I managed to back into the ditch. I didn't get any photos. I was just way too upset about the whole thing. 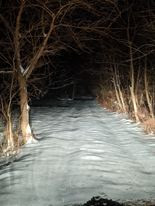 Thankfully the next day, a extremely kind passerby stopped and with a chain and pulled my van out. Without a doubt, and answer to all my prayers for help.

All the while Carl was working nights - arriving home around midnight, leaving around noon to go back. All this left me as the sole care giver for the dogs. The dogs are so forgiving when their meals were late, and I think were cheering me on to just keep going.

One night in particular I tumbled into bed, exhausted and cold and too tired to even get another blanket to help me to warm up. Todd must've known that, and he curled up next to me and warmed me up. I remember falling asleep that night telling him what a good Scottie he is. But I think he already knows that. 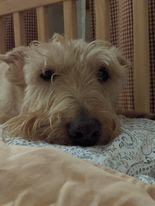