WE Do Love Our Snow-Days!

It was a mix bag in our corner of the world this past week. We had a snow-day on Wednesday and the office where I work closed for the day.
So, this unplanned day where we had to stay home, turned into the best day of the week. 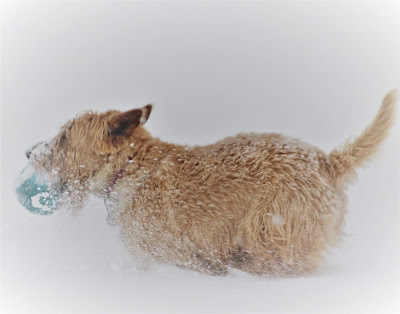 I made beef stew ....
The dogs played in the snow ...
We watched TV and took a nap.
The snow was really not the prettiest because it was mixed with rain, so we made sure to enjoy it while it lasted.
On Thursday it was back to real-life which was a trip to the vet for Rhett and Alf. I've decided that having two vets in two opposite directions an hour apart, didn't make sense for us. So, just as I've done with Alf and Bailey, I've turned Rhett's care over to Mobile Vet. **You may have noticed that Mobile Vet is not all mobile all the time. He will and does come to our house, but he also has a brick and mortar office, so whenever possible we go there to save the rescue the house-call fee.**
Rhett was due for a six-month check up. I don't know if I've mentioned, at least lately, that he has epilepsy. So this appointment was to check the levels of the phenobarbital that he has in his system, and make sure that his liver remains healthy.
Joy tagged along because I'd noticed a lump on her neck that I thought needed to be looked at. I'd also heard from the oncologist. The assistant felt that there was nothing that could be done for either Joy or Bailey because we didn't and don't have a definitive diagnosis for either one. **Uh, I thought that's why we were seeing an oncologist, to get that diagnosis...**  So I talked it all over with Mobile Vet who agreed. He knows the oncologist pretty well and promised to talk to him about them both.
And finally, Bailey has had a pretty good week. She's been coughing a little bit, but not enough to make me overly concerned. She has been up and around and is in good spirits. 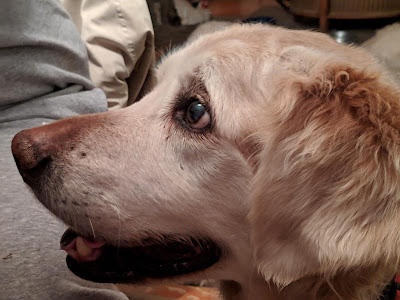 I think we're in a good place as we start the new week. 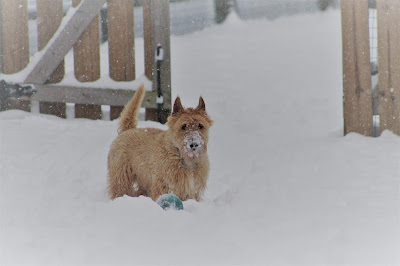 Knock on wood that it stays that way! 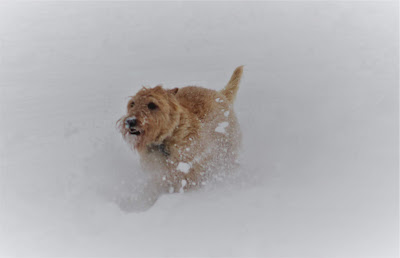 On About Day 70 of Grace for Bailey

I'm grateful that we are rounding the corner to another week. Last week was quite a week for both me and part of our pack. On Friday our foster girl Ginger had her spay done. It all went well. She's home and resting. 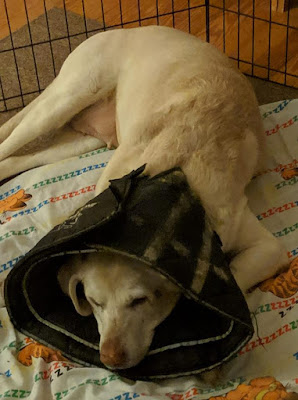 Most of the drama was Bailey. And I've been feeling the emotional fallout from it since. It began when I got home from work Tuesday evening, and found Bailey laying in the same place as she was when I'd left for work more than 10 hours before. My dog-walker hadn't gotten her up and outside, and my brother and husband had no idea about any of it when they'd arrived home before me.
Being in one position for so long had made Bailey sick, and she was refusing to move. We got her up and moving and outside, but she continued getting sick and was having problems breathing. By bedtime she seemed brighter, so we opted to monitor her overnight. It was a mostly sleepless night for both of us.

By the time the sun was coming up, I was exhausted and stayed home from work. I called Bailey's vet when they opened, but they were unable to see us until late afternoon. I didn't want to wait that long, so I called my Mobile Vet, who could see her a few hours earlier.

Having someone else see Bailey turned out to be a good decision. Mobile Vet decided to take x-rays. 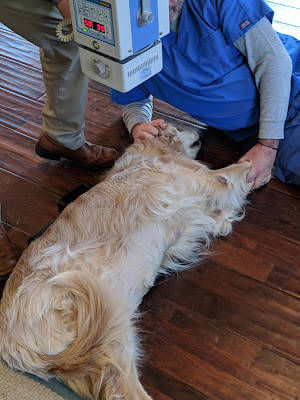 With all the coughing up of fluid, we thought she might have pneumonia. But she does not. 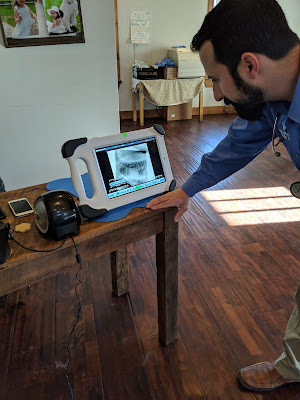 The x-ray below was taken with Bailey on her back. I've "enhanced" the x-ray so you can see that the darkened area in between the two arrows is her trachea. You can see that there is a curve. It should of course be straight/smooth. The tumor which is on your left has displaced that.  This is why Bailey has breathing problems. When she's in the same position for too long, fluid pools in that curve and obstructs her airway, and she coughs. If she's up and around, it helps to open up her airway and allow any fluid to move through. 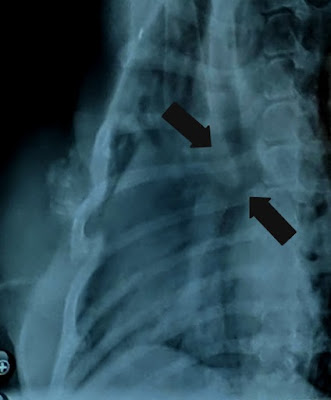 Mobile Vet took the time to talk to me about everything that he thinks are options for Bailey's care. There are not many, but Mobile Vet thinks that a visit to the oncologist is a good place to start. His thought is that a bronchodilator may be something Bailey may benefit from. So, next week, Joy and Bailey will be off to see the oncologist.

And as we start a new week, Bailey is doing much, much better and is hardly coughing. Her appetite is back, and Mobile Vet gave me some new ideas for helping to keep Bailey's airway clear. My hope and optimism that all but vanished mid-week has returned as we continue on our "days of Grace with Bailey."


On a much lighter note, I hope you had a good Valentine's day!
Here are a few photos used to mark ours. 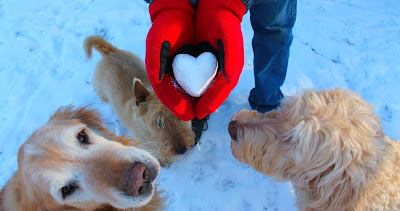 Thanks for stopping by - Have a good week! 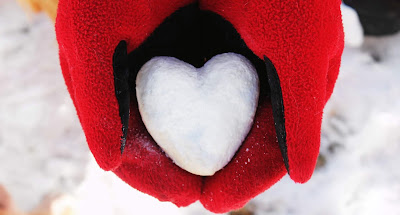 The Hardest Part - Update on Joy 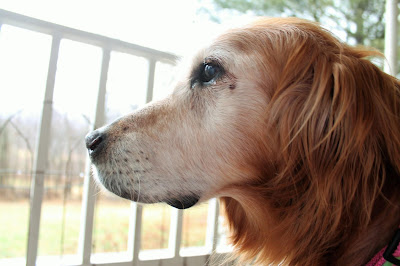 For me, there is no way to articulate the rewards that have come from fostering the senior dogs for both the Golden Retriever Rescue, and Lab Rescue.

Last week, Joy met Mobile Vet for follow-up blood work. Her previous vet had been concerned about her high white blood cell count, and Mobile Vet was concerned about her elevated lymphocytes. I was hoping now that she is past being so ill, there would be improvement from the previous tests done just 2 weeks ago. But below is an e-mail that I woke up to this morning.


As Dr. R suspected, the blood work is consistent with lymphoma/leukemia.  He can add on another test to help confirm, but it may be best to see an internal medicine specialist for ultrasound, chest reds, and consultation...And/ or an oncologist for consultation.
Sorry for the bad news

This is truly the hardest part of fostering senior dogs like Joy. Especially when it's a dog like her that you've practically just met, and have hopes and dreams for. Knowing those dreams cannot be, for me, is heartbreaking. 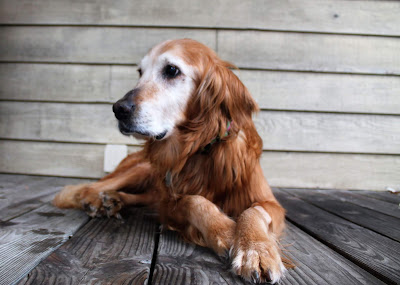