An Acronym for Todd?

An early start to our day with our "Nail Trimming Girl"  coming to help to do nail trims and a little bit of spring grooming too.
After a more than an hour of that and getting their breakfast ready ...
It left our crew asking what was next. 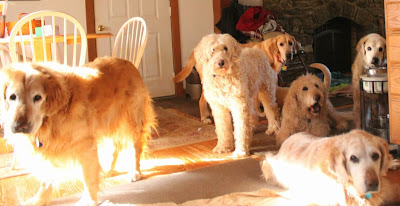 I'll tell you what came next ..... A nap, that's what.  I was worn out!
Todd wasn't though. And seeing him outside, it reminded me of an acronym my husband used when he was in the military that described the soldiers that he worked with. The acronym was STRAC and it meant,  Skilled, Tough, Ready Around the Clock.

I think that same acronym could be used for Todd -- Scottie Tough Ready Around the Clock. 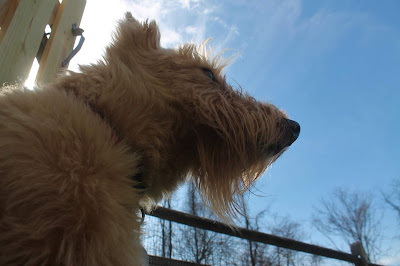 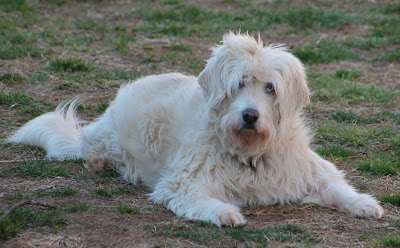 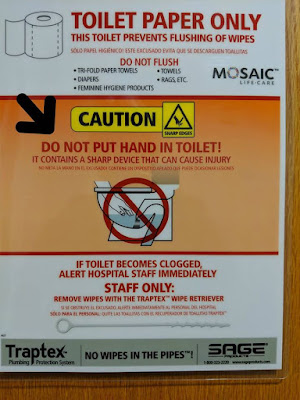 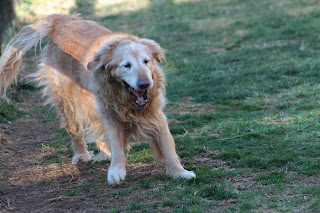 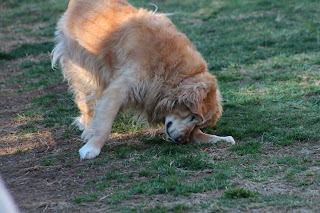 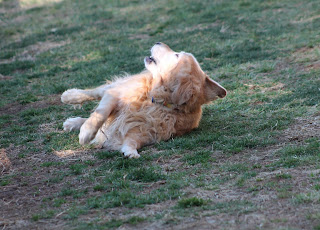 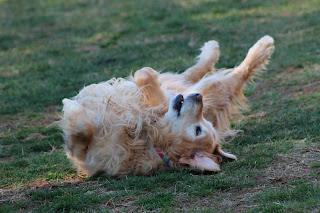 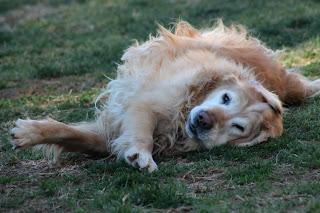 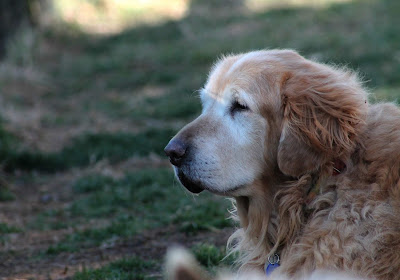 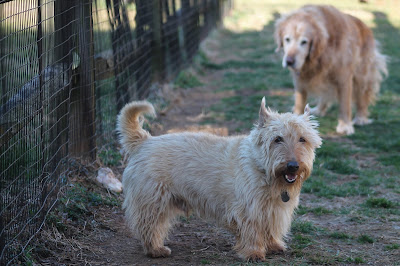 The Australian Herbs for Joy 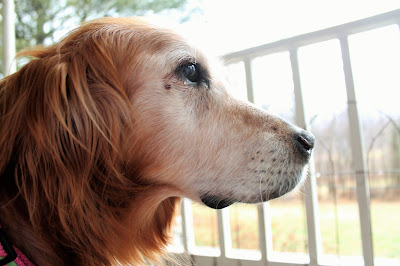 You all are the best! Thank-you all for the good vibes for Joy in my last post! She really is a nice little girl, quiet, eager to please and loves attention. A quintessential Golden Retriever. It goes without saying that we love having her as part of our household.

A few of  you asked about the herbs that we will be using for Joy that are on their way to us from Australia. Longtime readers know I'm a big believer in balancing the use of herbs with conventional care. However, in the more than 15 years that I've used them, I have always used Chinese herbs from the same company in the US or that I've gotten from a holistic vet.

The ones we'll be using for Joy are ones that I've never used before, from a company I've never ordered from previously. There have been a few dogs in the rescue I volunteer with that have had good results in their use and have allowed dogs diagnosed with lymphoma to continue to enjoy a good quality of life and extend it as well.

The combination we are going to use for Joy is not available here in the US. I will admit to being a bit skeptical of them. However hearing what the results have been, has caused me to be more hopeful and support willing to give them a try.

The name of the company is called McDowells Herbal Treatments.
Click here for the link

One of the herbs we are using for Joy is Maritime Pine Bark Extract -
Click here for the link  This herb will help to boost Joy's immune system.

As I said, I've never used these particular herbs before, and I know practically nothing about the company or the herbs. However, if any of you do, I hope you'll let me know. And I hope you'll stay tuned and I promise to let you know how they work for Joy.
Posted by ~Kim at Golden Pines~ at 12:37 AM 21 comments:

The Sounds of Spring with Bailey

Its been another not-so-bad week in our corner of Virginia. We had another wintry blast of cold this week. And, I stayed home from work one day because I wasn't feeling well.
All the tests have been returned for Joy. The results confirm that she does have lymphoma. The good news is that at the moment Joy is not symptomatic. This makes me hopeful that we will have more time with her. So, now that we have that diagnosis, we can now move forward with our plan for Joy's care. This will include herbs from Australia for her specifically for lymphoma that are now on their way to us.
On another day, Bailey began coughing, but it didn't keep her from getting her rest. Making sure Bailey getting up and walking around is key in keeping her airways open. So, I decided to take her with me on a little morning trip. 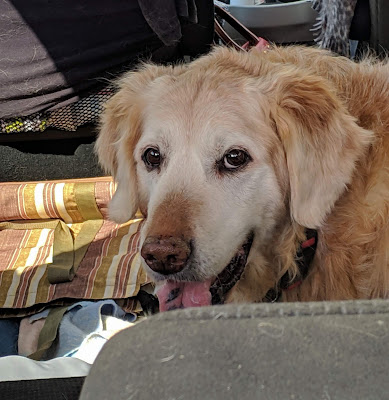 The first stop was at a friends home to drop something off.  Bailey met their puppy, a Flat Coated Retriever named Keeper. I didn't get any photos of their meeting one another - This was partly because my friend and I weren't quite sure of what Bailey would do. We all know that not all dogs, even including a couple at our house aren't crazy about the antics of a puppy. However Bailey is not one of them. She loved him and wanted to stay and play with Keeper. 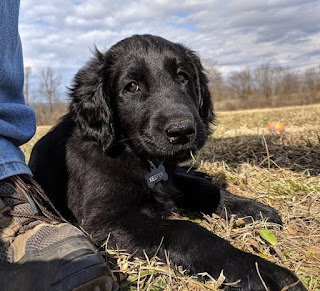 Our next stop was Tractor Supply. It's one of the few stores nearby where dogs are allowed, so I took Bailey inside. When the door opened, I heard something that sounded like spring to me. It was the sound of baby chicks.  And they had plenty for sale! 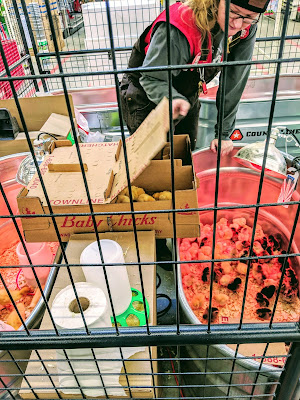 Bailey watched intently as the chicks were taken out of the box. 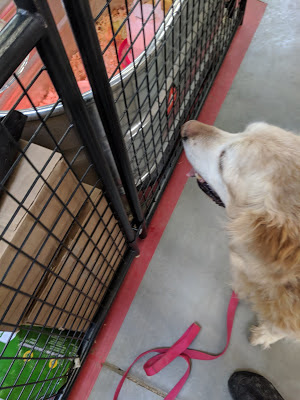 And they had plenty of ducks too. 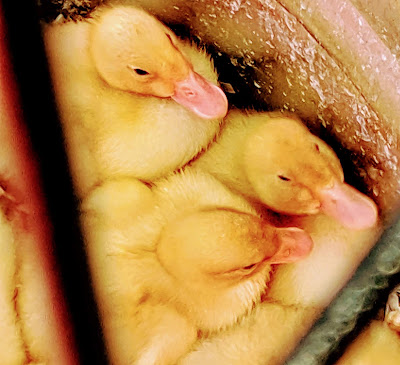 Bailey really enjoyed all the new smells, and meeting a few new faces too. 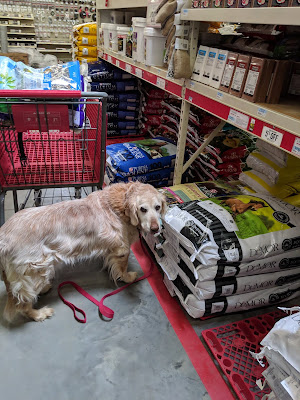 Our little outing did the trick for Bailey. Aside from being worn out by the time we got home, she didn't cough once the rest of the day and we've both had a good weekend. 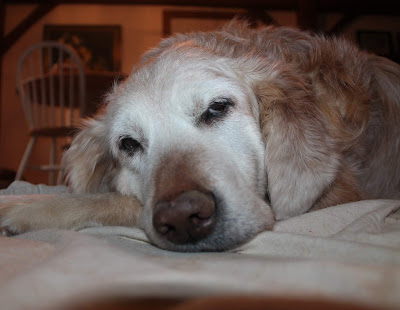 Despite our time change, our lights going out overnight for about five hours, we're ready for the week ahead. And spring too!

Is it really March?  This year is just kind of running by me.
A rainy wet snowfall on Friday morning stayed around just long enough to get a few photos as warm temps had it almost all melted by the end of the day. This morning the weathermen are telling us that we are on the edge of a big storm that promises to bring another messy mix of late winter weather to our region today. As I write this, the snow has yet to begin falling.

On the inside it's status quo for our big crew. We're still waiting for the report for Joy that has been sent off to Colorado State. But Bailey has had another pretty good week. She's been coughing a little more today than I'd like, but she's still up and around, so I'm hopeful it'll pass.
On Friday I did however manage to offend Max. Of all the dogs, Max. Really. I was sitting on the edge of the bed and at the moment he was jumping up, (something only he and Todd can do) I moved my arm, accidentally blocking him, causing him to fall back. He was okay, but he'd taken it personally and stayed away from me. 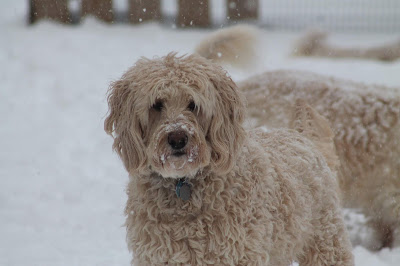 Seeing that I may have fallen outside his circle of trust, to regain that trust, I took Max on a walk with just the two of us to feed the birds and take a few photos. He was reluctant to come with me, but did as I asked him to. And I will admit, I had to chuckle because at the first moment my back was turned, Max ran back to the house.
He's not as leary around me today, but he does not want to get onto the bed either. I am thinking that with a few more treats, I'll be back in his inner circle of trust by the end of the weekend. I can hope, right? 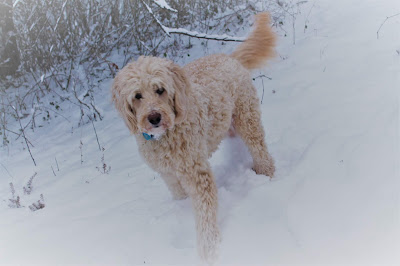