When you're involved i 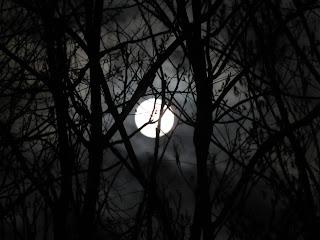 n rescue, especially in a leadership role, you meet a lot of people. One person I got to know is a very well educated and dog savvy person who is retired from the military. Shirley has been helping many rescues out in the area by working to rehab their dogs recovering from orthopedic surgery. Also because she has many years of training dogs, she has also been taking on their behavior challenged dogs as well. Shirley was living on a very large estate with a kennel where she housed about 20 such dogs and was assisted in this task by 2 people. She took on one of my severely abused foster dogs. Shirley worked with him, and truly made a huge difference for Leon! He is a pretty well adjusted dog because of the year that he lived with her. I visited her at the estate often and got to know some of the other dogs that Shirley had in her care.

A year ago this past December, Shirley took in 2 female puppies (some kind of beagle and terrier mixes) from someone who was giving them away on a busy street corner. One of the puppies I was totally taken by. Each time I came to visit, I'd spend some time with the puppy. When Carl would come with me, he'd visit with the puppy too. The puppy named "Kenzie" is a very laid back little girl and was really getting picked on by the other dogs. At one time I was supposed to take Kenzie but with the unexpected and unplanned arrival of Hamlet from the rescue, we decided we couldn't take her. My last contact with Shirley was last fall. During this time I've never forgotten this puppy and neither has Carl. By a series of events Shirley has once again crossed my path, and she still has Kenzie, who is now about a year and-a-half old. However Shirley has moved far south from us, and is now living in a place with 21 dogs, has no fenced yard, and no kennel runs. Each dog has an area of the home and barn that they stay in--They don't have much outdoor freedom and are leashed walked and then put back in their crates. Shirley is caring for all the dogs alone. Needless to say, I think Shirley is in over her head, but I won't pass judgment, and would never suggest that. With the passing of Cowboy and no plans on taking any more fosters from the rescue, I feel like we now have a place for Kenzie. However I'm torn. Our crew is in a good place right now. There's a real peace among them. I know that a new young dog (that's never been inside a house) may very well change that. But Carl and I continue to feel sorry for Kenzie and can't stop thinking about her; especially knowing how she is being kept. I know all too well the time it takes to care for our pack, so I am quite sure that Kenzie is not getting the care or the attention she needs and deserves...

So, my question I'm putting into the cosmos of cyber-space is, is feeling sorry for Kenzie, wanting to make a difference for her, and not being able to stop thinking about her a good enough reason to take her? I just don't know--My heart says it is, but my head is saying "What are you doing, are you crazy? I'll admit there are a lot of reasons not to take Kenzie, but is not being able to forget about her a sign that I shouldn't?
Posted by ~Kim at Golden Pines~ at 5:18 AM