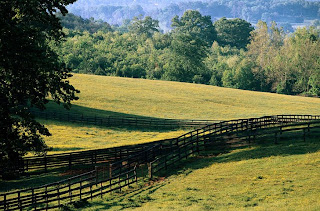 ia Animal Swim Center where Bubba swam today is nestled in the middle of what is known as the Hunt Country of Virginia. It's an area rich in the history of Virginia and the heartland of the Virginia equestrian industry. The Swim Center is a place where horses and dogs swim for both rehabilitation and conditioning.

In my much busier and active days with the rescue, I rehabbed many dogs that had orthopedic surgery at the swim center. Roger, the British gentleman that owns the center is someone that I've known for about 8 years. His dedication and kindness to the dogs and his friendship has truly made a difference! I just can't say enough good things about Roger and how much I love his accent!!

Okay, back to Bubba...He has arthritis and has trouble standing up and doing steps. My hope in taking him to swim is that he can rebuild lost muscle, get a better range of motion from it, which will allow him to get around better and easier.
As I said, I've taken many dogs swimming, and believe me, not all dogs like to swim. Just because you have a Golden Retriever or another breed known to enjoy water, it doesn't mean they are lovers of the water. I've had some dogs that if they never saw another body of water again, they would just fine with it! Thankfully Bubba is not one of these dogs. He was just fine in the water, which makes it so much easier! We started Bubba in the small lap pool just to see how he would do, and get him used to the water. 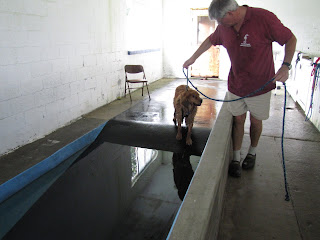 Pretty soon Bubba was getting the hang of it, but he still didn't look like he was really enjoying it. 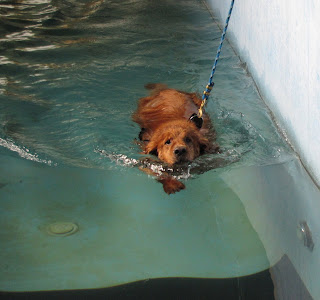 As expected, because of the lack of strength in his back-end, the biggest problem Bubba had, was getting out of the pool. 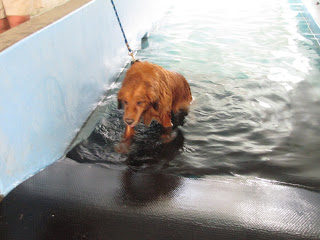 After about 10 minutes, a couple of breaks, and a few more laps, for a total of about 25 minutes, Bubba told us that he'd had enough, so we ended the swim session for today. 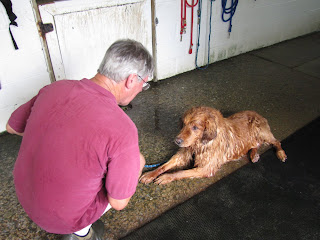 And so I took a wet and very tired Bubba home. We go back on Thursday and maybe he'll be ready for the big pool, we'll just have to see. 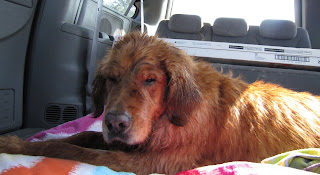 If you'd like to read about the benefits of swim-therapy, here's a link to the Swim Centers website that has a little bit of information: http://www.animalswimcenter.com/dog_rehabilitation.html
Posted by ~Kim at Golden Pines~ at 7:37 PM