When I agreed to let Sandy come here, I was told that getting her to us wouldn't occur until at least the middle of the week.  But the sun and the moon lined up perfectly and I think before I could change my mind, a ride for Sandy to my neck of the woods was arranged. 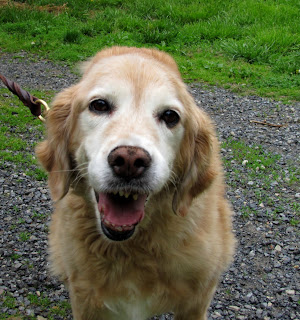 I met the transport in Frederick Maryland at a local McDonalds.  I was told that Sandy hadn't eaten the night before and very little that morning.  She's on medication for an intestinal problems, so it was thought that this might be the reason for the lack of appetite.  However I had an appetite and decided I would grab something to eat on the way home. Sandy had been laying in the back of the van, and went I pulled up to place my order, suddenly Sandy was standing there wagging her tail, ready to give her order.  Obviously she's been to a drive-thru before!  I shared a little of what I had with her and she and I are now good friends!

Introductions were met with a few growls from Sandy, but otherwise its been a quiet evening.  Sandy is used to being an only dog and living in the group home will no doubt be a little of an adjustment for her.  But she's a sweet little lady with spark and a continually wagging tail!

Medically, I don't know what will happen.  Sandy has cancerous tumors called 'epulis,' in her mouth.  That's why her upper lip and teeth look a little uneven. She also has some other ongoing health issues and last year the vet and the previous owners were going to euthanize her, why they didn't, I don't know.  But what I do know is that Sandy doesn't feel well.  She's very slow moving because she does seem to have a bit of arthritis in her hips--So when she did something she never had done before such as snapping at a child that fell right on top of her, was that a reason to send her away? 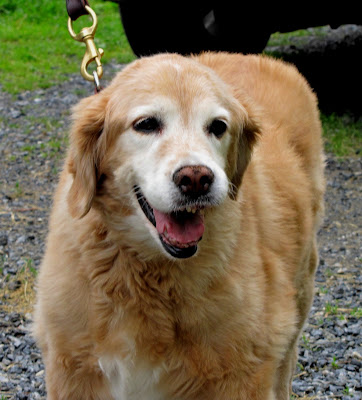