Out of Sync and Unusual

Off to work on Friday in clouds of fog.  I've decided that driving in heavy fog is like driving with a blindfold on. Especially on our road because of the narrow and steep curves. 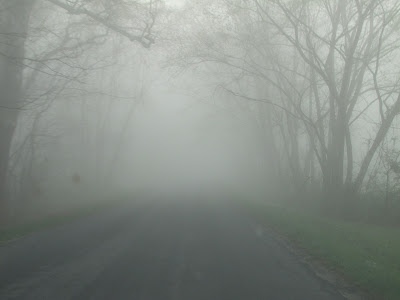 The fog gave way to bright sun and the warmest day of the season.  Leaves are starting to appear on the Forsythia bushes. When I arrived home from work, outside it all seemed as it should be.  But inside, it wasn't. 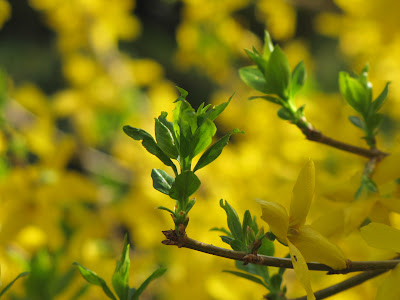 When I went inside, the dogs seemed agitated about something, and I know it may sound silly, but I remember thinking that they seemed relieved that I was home.  Todd who is crated during the day was practically hysterical and he wouldn't stop barking.  I got everyone outside, and CarrieAnne went over to the neighboring field and just stood there and wouldn't come back. 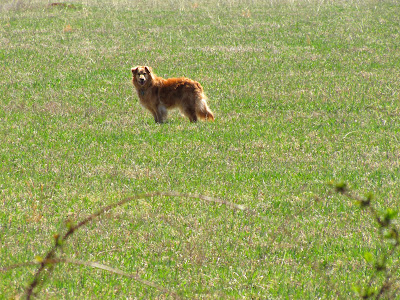 The dogs really seemed out of sync and kept coming to me for reassurance.  We played a round of frisbee and I took a few pictures.  Eventually the dogs seemed relaxed and content. 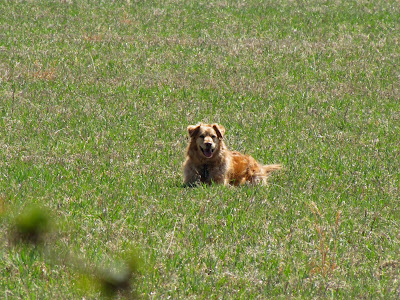 It wasn't until we came back inside that I realized that in 3 different rooms, the screens were off the open windows. With such nice weather I have been leaving them open during the day; someone had obviously tried to get into the house through one of them while we were gone. While we joke that the only way the dogs would hurt anyone is if they fell over them, they still would have all barked at anyone that came near the house.  I think this does explain why the dogs seemed out of sorts when I got home.  I called our dog-walker who said 'everything and the dogs seemed fine' when she came.  Even though there was no break-in, nothing missing etc., at her urging that it should be reported, I phoned our Sheriff's office. They said they would patrol our road and for us to take note of anything or anyone unusual.  I feel really safe where we live, but I do take this seriously and will of course make sure windows etc., are closed and locked when we're away.  But I hope that with all of our dogs, we'll be the only 'unusual' thing on our road. 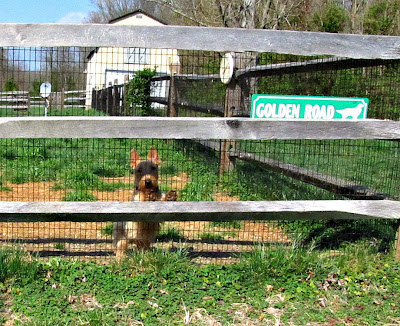