I Had To Do It 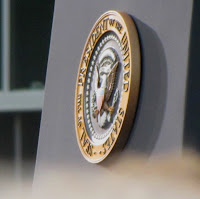 'Blog etiquette' says that you shouldn't post political views on your blog, and I will just say now, that this isn't what this post is about.  It's only about having the opportunity to see the President of the United States this week, and I just felt that I couldn't pass it up.

President Obama's new campaign office opened up right across from where I work, and they were giving away tickets to an event he was speaking at in the county where I live on Thursday, which is my day off.   Even though I live relatively close to Washington DC, my chances of  ever seeing the President are not that great, so I attended. 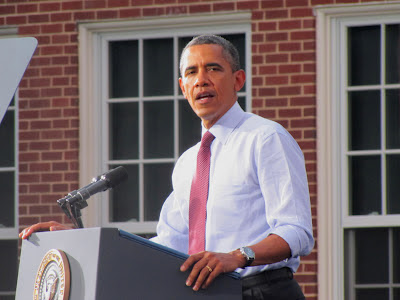 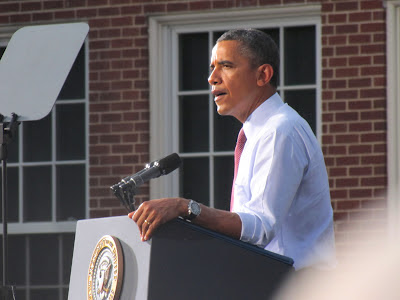 I have to admit it took a lot time--I waited in line after work on Tuesday to get my ticket.  Then I waited in the searing heat to get into the event that had crushing crowds. Then I got home late on a night where I have to get up early the next morning--I don't know that I would do it again, but this time, I'm glad I did. 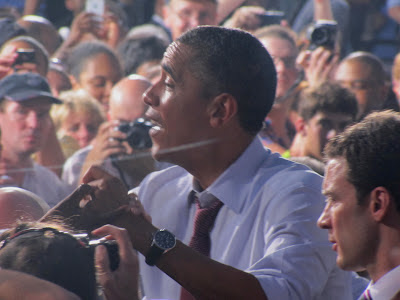