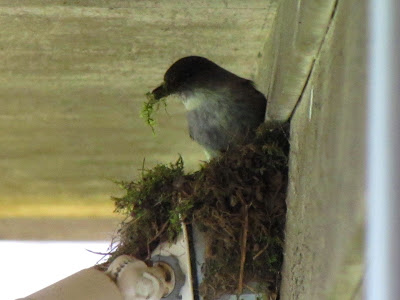 With all the errands done on Friday there was nothing planned for the weekend.  I was thrilled to be able to just stay home and finish catching up on things around the house. Outside the Eastern Phoebe for the third year in a row is busy building its "house" above our garage door.  This cheeky little bird is one of my favorites.  Its return a few weeks ago was a sure sign of that spring had to be on its way--The Phoebe was right, it has finally shown up.  Warming temperatures are forecast for the rest of our week.  Blossoms like the forsythia that is just starting to bloom will be in abundance by the end of the week. 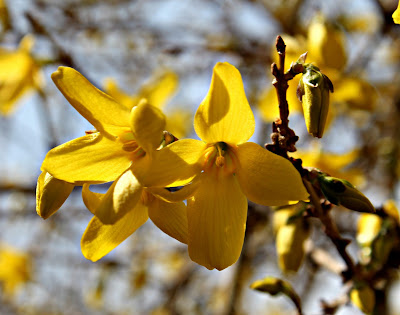 Yesterday at her own choosing Cissy spent most of the day outside.  She really seems to enjoy the warmth of the sun. 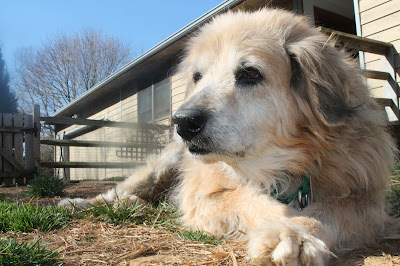 Today she was quieter and she chose to stay inside most of the time.  Because of her very low thyroid level, her coat is thin, and she has no coat at all on her stomach side.  With a cool breeze, this evening I've warmed a towel and blanket for her and as I write this she's sleeping soundly.  I'm just hoping it's not an indication that she's not feeling well again. 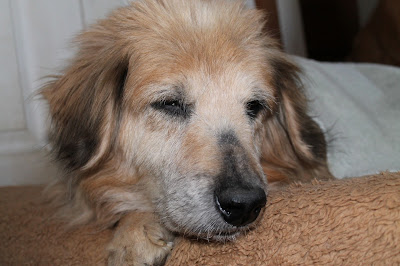 I had a conversation with someone from the rescue about Cissy.  It's easy enough to see that she's not a 'full bred Golden Retriever' but a mix of something that I can't even begin to guess. But I was asked my thoughts about maybe transferring Cissy to an "all breed rescue" when she feels better. This would be because people coming to a breed specific rescue almost always are looking to adopt that particular breed and not a mixed breed. Placing Cissy into a new forever home via the Golden Retriever Rescue could be a challenge and added to that is her age and her health.  It was a good, frank discussion and one that had to take place. In the end we agreed that she is "golden enough" and will not be transferred to another rescue.  She is now an "honorary Golden Retriever."

I wonder what Todd would think about being an "honorary Golden Retriever?" 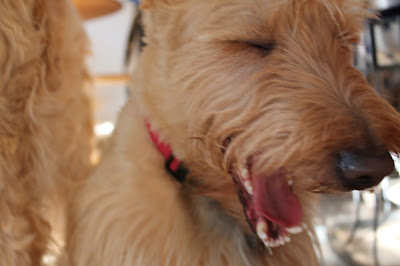