Todd, being the star of our household, took front and center stage this week! 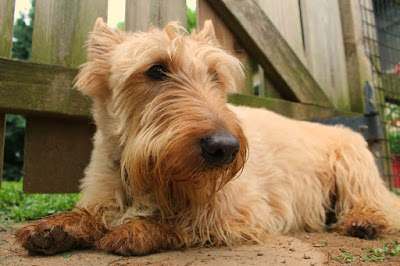 We were just coming back from our morning walk on Tuesday when I noticed Todd vomiting. I'd taken the other dogs for a walk, leaving him unattended in the fenced yard, and he was fine 10 minutes prior to that.  I had no idea what happened. I got all the dogs inside, including Todd who had vomited again and was shaking his head and pawing at his mouth.  In between his getting sick, I managed to catch him and rinse out his mouth, and wipe his face and beard off, thinking (and hoping) I could wash off whatever he'd gotten into.  It was not an easy thing to do because even on a slow day Todd is pretty fast. Added to that, he doesn't really like being picked up, and he especially didn't want his mouth washed or wiped out.  In the end, he knew he had no choice.

I'd noted to myself that Todd had gotten sick 8 times.  But by about a half-hour, thankfully the vomiting was lessening and he seemed to be getting better.  His ears that had been laying back were now standing up, and he was drinking a little water. Good signs!

After about an hour, Todd seemed to be recovered, and was taking small bites of food that I was offering him and wagging his tail.  I went with him outside and he led me right to the scene of his crime.  It was what I'd suspected -- a toad. 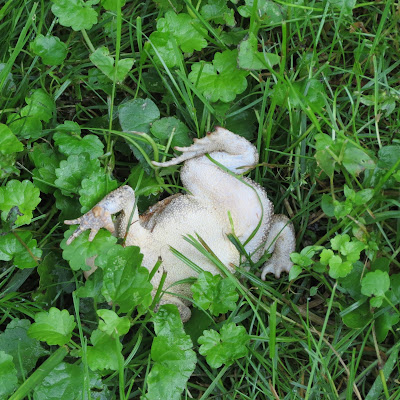 I think we'd all agree that toads are great to have in your garden because they dine on bugs and are a natural pest control. But a dog like Todd that loves to investigate and play with anything that moves, a toad is not a good thing to have around.  I'm sure the (now dead) toad would agree with that...

It wasn't even 9 o'clock in the morning, and I was already feeling frazzled and worn out.  Todd however, was no worse for wear.  He'd moved on and forgotten all about the events of the hour before, and was back on patrol of the yard.  Something I wish I could have done! 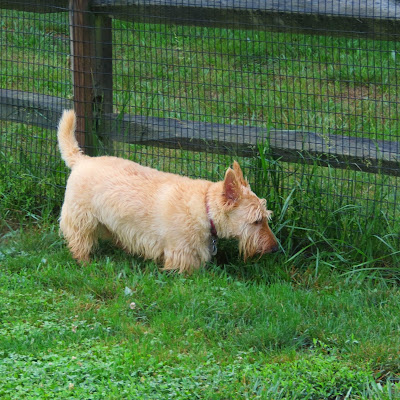