It was quiet at our house on Saturday for a couple of reasons.  One was because I'd taken my brother to the airport to catch an afternoon flight home.

I'd also gotten a call from the SPCA about "Flurry" (Jack Frost?) telling me there was a spot for him at the local store, and I was asked to bring him. (A reminder that I need to decide if he'll be staying with us, or going to another home.) 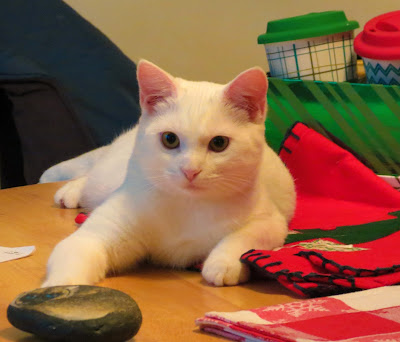 So, we were minus one person and a rambunctious kitten. The dogs were worn out from not getting their daily 20 hour naps last week.
It was eerily quiet.  Too quiet actually.  It was then that I realized it had been awhile since I had seen or heard Todd.  He wasn't inside.  I called him outside, and he didn't come.  If you're a dog owner you'll know that nervous feeling I was having. Another quick search inside, and I was outside calling him again. Then I saw *it*  It looked like Todd, but *it* was totally covered and caked in mud from head to toe.  Todd.  I don't think I'd ever seen him so covered in mud.  His tongue that was practically hanging down to the ground was even mud colored.  He was smiling and out of breath from digging, and I wish now I'd gotten a picture.  But you'll have to take my word for it because all I could think about was giving him a bath. 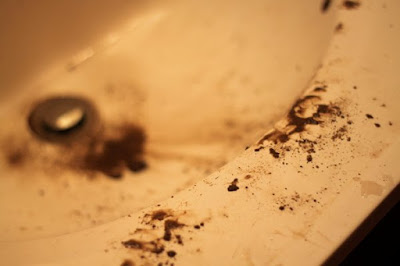 He didn't seem to mind too much.  Afterwards Todd was basking in the glow of what he knew was an excavating job well done.