A Lucky Friday the 13th

Some may see Friday the 13th as an unlucky day, but it's not for our boy Jake. Today marks a milestone of 100 days since he left the shelter where as you know he'd been taken to be euthanized by his owner because he had trouble walking. 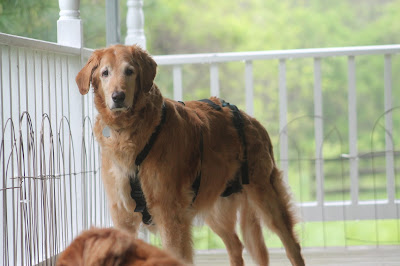 Each day I marvel and am so grateful for how well he's getting around and that he's not letting his diagnosis of spondylosis slow him down. 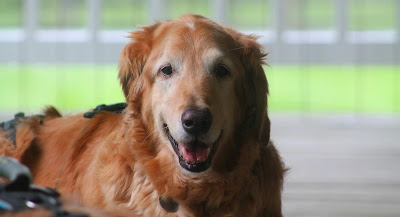 It was also a lucky day for Lady, our foster girl for Lab Rescue.  I was caught off guard by phone call this afternoon from an adoption coordinator from the rescue telling me about applicants who are very interested in meeting Lady.  I received a call from "retired couple" and I chatted with "former teacher" on the phone for about an hour.  My first impression of her is that she could not be more kind and gracious.  She has had Labs for 50 years, and got choked up telling me that they have been dog-less since they lost their yellow lab last year.  Former Teacher sounded so excited about the prospect that if it goes well when they come tomorrow afternoon, Lady would be going home with them.
Of course it goes without saying that I'm very fond of Lady. She is a dog of great character, attitude and spark.  But she is another dog that I feel that we're the "gateway" to get her to where she's supposed to go. 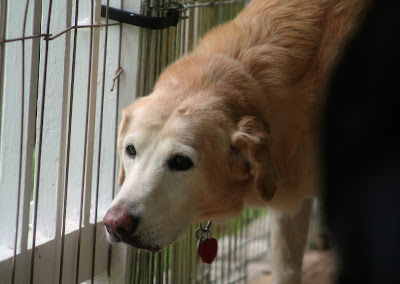 Onto Dusty.  I'm guarded about how he's doing.  He's preferring to spend all of his time outside in the grass sleeping the day away.  With the sun finally returning after 16 days, I'm letting him stay out as long as he'd like. Carl and I both check on him, and offer him and treats and water which he always gratefully takes.  The picture below of Dusty was taken a couple of months ago.  The last week it has been easy to see that he's not feeling well, which is why I'm letting him rest and set his own pace for this part of his life's journey. 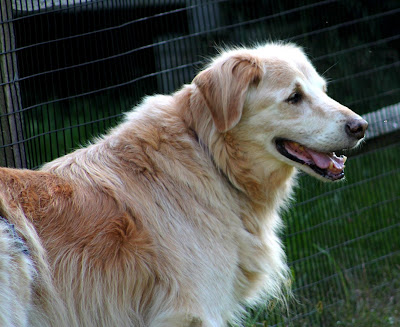