While so many are remembering the events of September 11th, I do not in any way intend any disrespect to that, but I am remembering our boy George that left us on Friday. 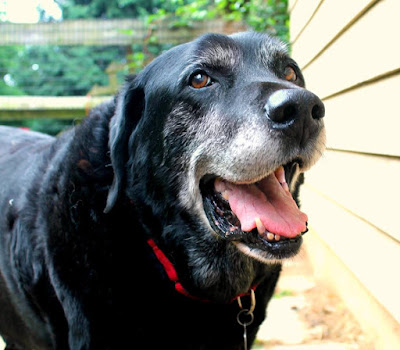 We first met George on April 11, 2015.  His arrival story can be found here. His previous home had called him "Biggie," and the rescue knew him as "Big Georgie". I never called him Biggie, feeling it was just a little insulting to him.  I did of course call him Georgie as a nickname.  But to me, he was simply George. 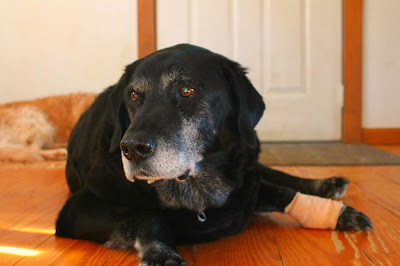 George was originally a foster dog via Lab Rescue, but I knew not long after I met him, that he was not leaving our house.  I'd felt at the time that the change would be unfair for a boy of his respectable age of about 13.  But more than anything, George had quickly found a place in my heart, and our home too.  We officially adopted him not long after he came. 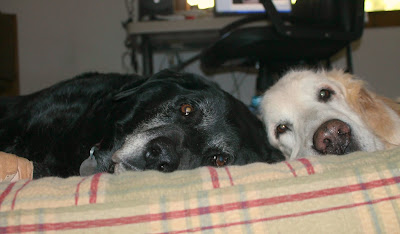 His easy going and laid back personality meant that he got along with all the dogs. I'd long thought that if our household had an anchor, it was George.  He was steady, calm, and pretty unassuming.  He was focused, but went with the flow of the household and never seemed to mind any change in the routine.  But in true Lab fashion, he loved his mealtimes, as you can see in the video below.  It truly was his favorite time of the day!
George was my shadow and followed me everywhere I went.  He slept next to the bed on my side from just about the first night he came.  His "extra large size" meant George was a big presence, and a great comfort in sad times. 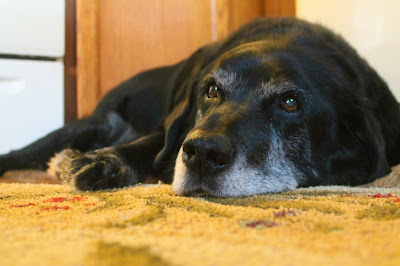 George was a dog that was not part of the spotlight.  He didn't mind that. He was perfectly content to be in the background and watch the world go by.  But that changed this past April at a rescue parade.  That day he walked around the show-ring as an audience applauded him. 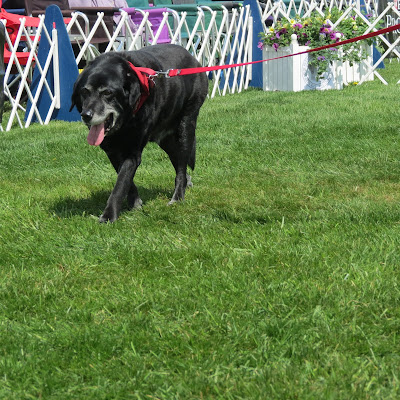 He received a beautiful rosette afterwards just like a "real show dog"  It was a fun day and is a favorite memory of just the two of us. 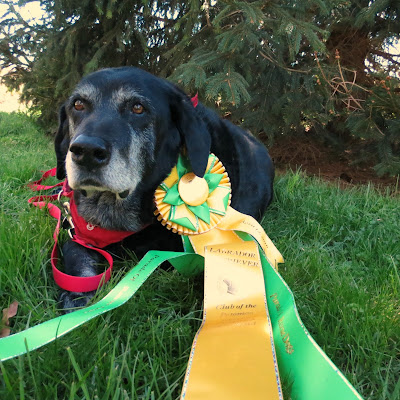 George loved to lay in the sun on hot days and soak up its warmth. 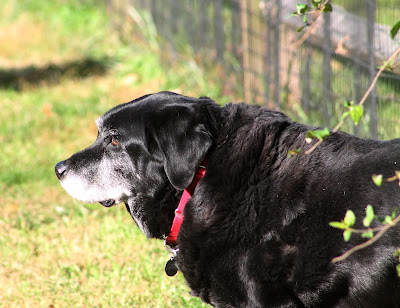 I'd say that he felt like a baked potato when he'd come back inside -- But actually he felt more like a soft warm pillow that just came out of the dryer. 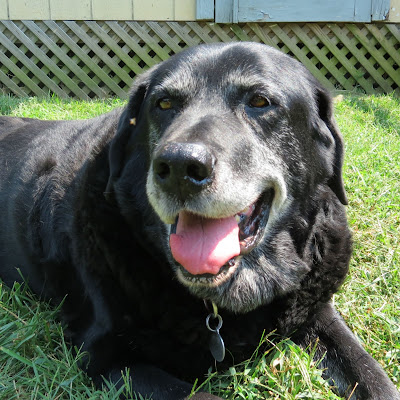 But in any weather and in every season, George remained unflappable, never changing, never seeming to mind anything.  Not even the bad weather. 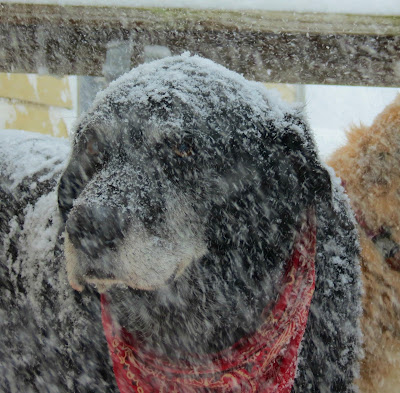 He silently soaked up every day and moment, and was always watching me and everything else so intently with his big brown eyes that to me were so wise and soulful. 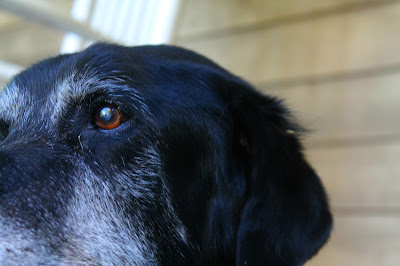 The lump appeared on his gums in early June.  I knew what it meant.  That our time together would be coming to an end. 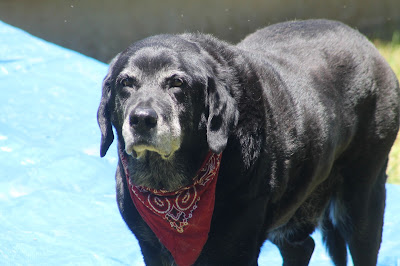 A friend reminded me to not see it that way, and she sent me an article that pointed out that George didn't know he had cancer. Dogs live so much in the moment, and so I tried to live each day remembering that too; hoping and praying to extend those days with George. 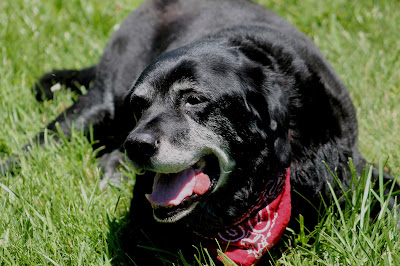 I read all that I could about this particular kind of cancer.  I talked to the holistic vet, and tried different herbs that I'd not used before.  I feel that they did work to a point.  But sadly and unfortunately, it was not a battle that could be won.
Through it all George remained stoic, never wavering in his devotion, and totally focused on the moments and life.  But in the end, he could be brave no more.  It was time for me to "be brave" and let this boy who meant to much to me, go. 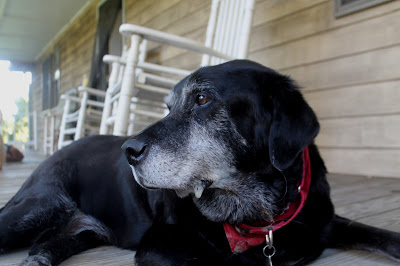 It's now two days later and I'm realizing that his loss is going to take some time to get over.  Maybe it's because it's coming so close to the loss of my precious Sheba.  Maybe it's because he was our first Black Lab.  Maybe it's because of his extra-large size and personality that had a way of grabbing your heart.  Maybe it's all of those things and many more.  But I think that it probably comes down to just one simple thing...  He was just simply George and I simply loved him. 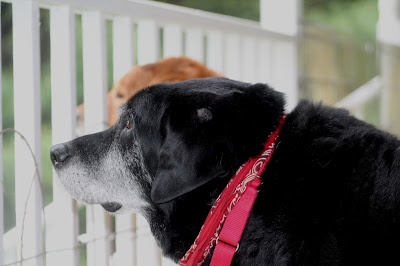 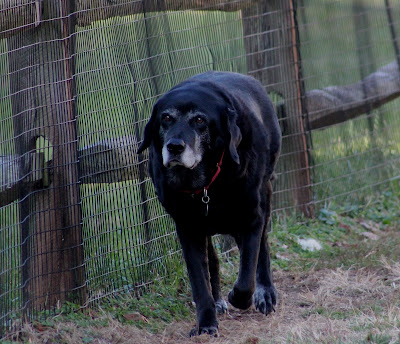 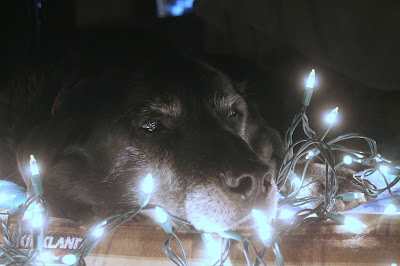