Our foster-boy Max had knee surgery (a TPLO) on Thursday.  I picked up a very happy Max on Friday after work.
The instructions from the surgeon was/is strict crate-rest and confinement.  Max was exhausted, so following those instructions and getting him settled in that first night, wasn't difficult at all. 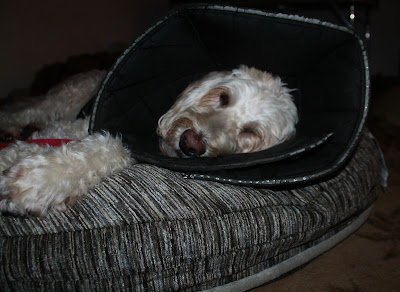 By Saturday, Max was feeling better and more rested. So, he set about doing what all dogs do when confined with not much to do, and that was to escape the dreaded "cone of shame." With skills that even Houdini would envy, he was getting pretty good at it.  So he's now sporting a "donut" which is connected to his collar and it seems to be staying in place. So far anyway. 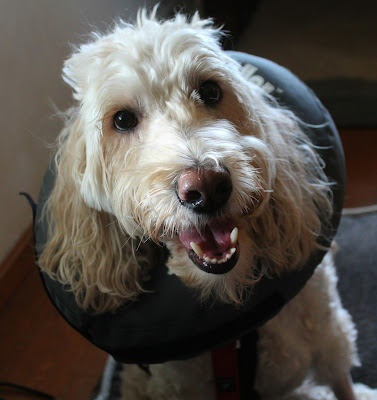 In the middle of the busy week, I heard from Lab Rescue about a family interested in Deizel.  I'll admit to being surprised.  For several reasons, we've (of course) thought of keeping Deizel.  But honestly, we'd just hadn't not acted on making him a permanent addition. I'll also admit that we just didn't think that with all the dogs Lab Rescue has available for adoption, someone would pick Deizel so soon. 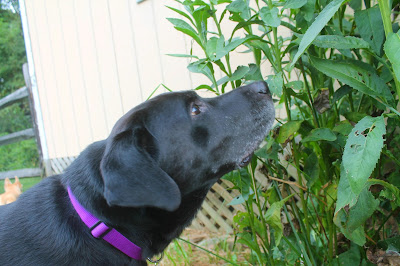 But "Pennsylvania Couple" did.  They have two other dogs, (both Black Labs) and one of them happens to be blind -- Which probably explains why they noticed Deizel on the list. I've talked at length to "Pennsylvania wife" and I really like her.  She and her husband are really excited about meeting Deizel and are coming on Thursday afternoon.  I think they would provide a good home for him. 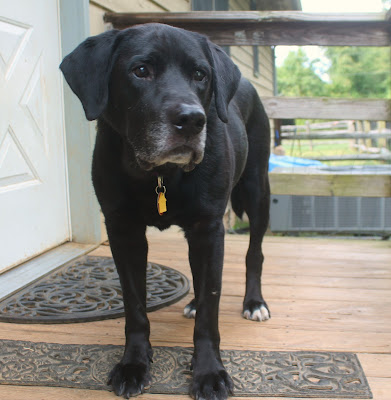 Todd of course doesn't care about any of this.  He's been concerned with the would be intruders or moles - He's "made dead" two of them the last couple of days.  He's certainly a busy Scottie! 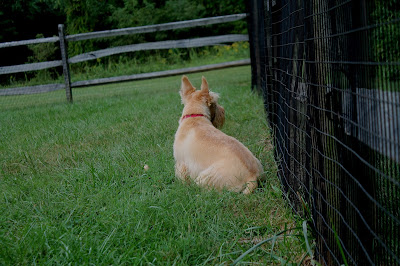 Most of the time. 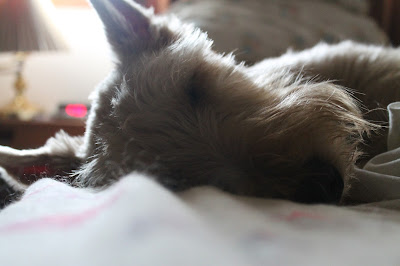