Why Spoil the Fun?

An early start to our Saturday as Todd sat without a worry. 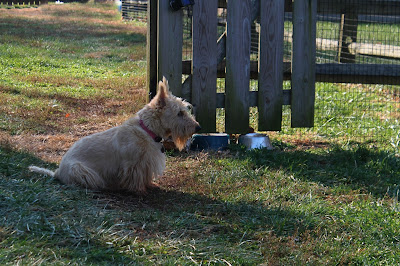 I was a little worried as Carl reached out to change the light bulb on our barn. 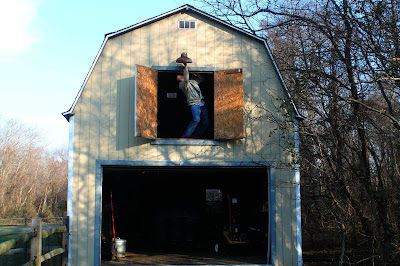 That job safely done I was off to drop Todd and Charlie off at the groomers for their winter haircuts.  Afterwards I'd planned a day of Christmas shopping. 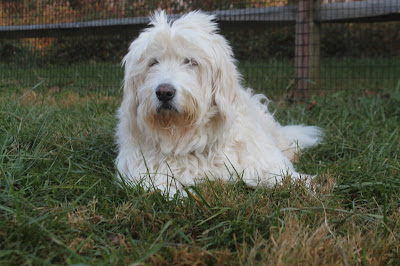 About an hour later after barely arriving at my first stop, my phone rang.  It was the groomer who I'd not seen when I dropped the boys off.  In her thick Romanian accent she explained that her husband had recently had surgery and had been released a bit too soon from the hospital - She wanted to close the shop for the day, so could I come and pick up Todd and Charlie right away?

Of course I said I'd come and I was met by a very grateful and apologetic groomer, a seemingly confused Charlie and an ecstatic Todd,  His enthusiasm continued and I've a feeling Todd thought he'd hit the jackpot because he got out of being groomed, and a new rope-toy. 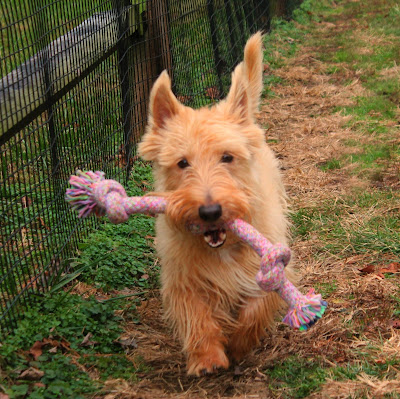 Why spoil his fun and tell him that he's going back next Saturday? 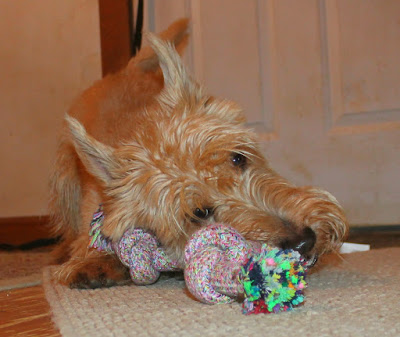