The Not So Good News

Hello Blogging Friends!  If you're looking for good news and a feel good post, you may want to move along, there's not much good news for us this week - However my hydrangeas are lovely this year... 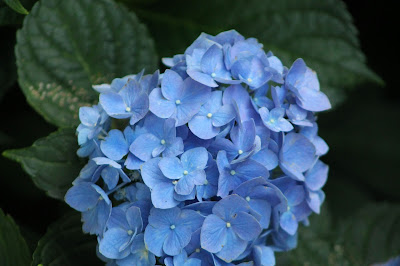 It began when I got home from work on Monday. Just as I approached our driveway, a black bear was crossing on the other side towards our house.  In the 10 years we've lived here, I've never seen one, and looking back at it, maybe it was omen of what was to come - Because as the yard came into view, there was Bo, (our Black Lab) laying stretched out in the yard. He'd been fine in the morning, and Carl said there was nothing unusual about his behavior when he let him outside when he got home from work. But now Bo was almost totally non-responsive, and he'd gotten sick. We carried him back inside and put him back onto his bed.  He wanted nothing to drink or eat.  It was a mostly sleepless night with his vomiting several times. At the vet on Tuesday morning blood work showed some anomalies, and x-rays showed a  mass in his abdomen. More tests would be more conclusive but the diagnosis of cancer will not change. 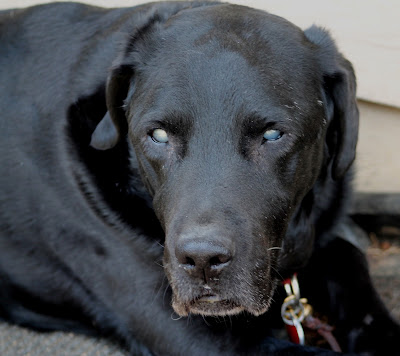 Our vet, Dr. K recommended Bo be sent to the Rainbow Bridge that day, telling me that there was nothing that could be done.  I wasn't ready to make that decision for him, and so I opted to wait, hoping that with medications, he'd feel better, and it would give us, especially me, more time.

To add insult to an already injured heart, when I got home on Tuesday, Todd came to me, covered in blood.  All alone outside, we could only conclude that he'd  gone a round or two with something that had gotten into the yard.  Fast forward through an emotional several hours at the Animal ER and all that goes with that, by around 11 o'clock there was the report that he was going to be okay.  There are several puncture wounds and scratches on his neck. The ER vet wanted to put a drain in his neck, but I knew he'd not tolerate that. So, we opted for my being able to keep it clean and covered.  We tumbled into bed in the early morning hours and I was glad the dogs let me sleep in until around 10 o'clock.
Wednesday was supposed to be my catch-up day, but since they say things come in 3's, there had to be one more thing added to our plates, right?   This time it was me.  I will spare you all the details, and just say that when you're at a doctor appointment and he says to you, "I think this needs to be taken care of right away," since you're there, you probably should, so I had a "little surgery" Nothing worth telling about, and I'm fine (really!).

The anesthetic and change of focus was like a restart for Thursday and I was alert enough to see the intruder, Punxsutawney Phil Junior run across the yard and disappear behind some flowers by the barn that borders the inside of the yard. We found the hole it had dug, filled it in, and covered it up - And as the picture below shows, it found its way out on the other side. 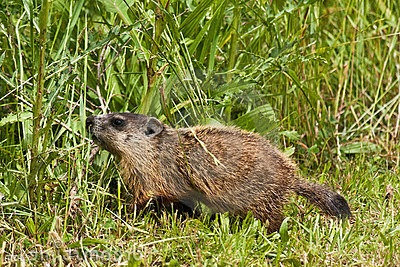 As we rounded the corner to Friday, Bo was more like himself.  His appetite has mostly returned, and he's alert, taking treats, etc.  I'd say he's at about 85%.  We will take each day as it comes, and as we always do, we will let him set his own pace. 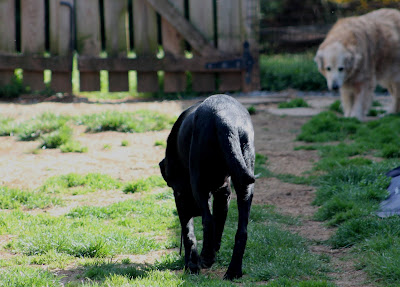 Todd, is back on patrol. 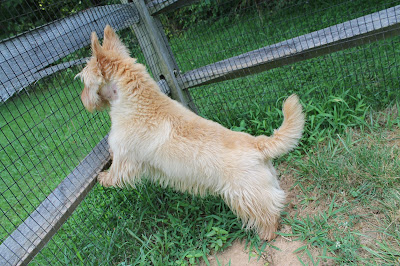 He'll return to the vet this morning for a recheck of his wounds. 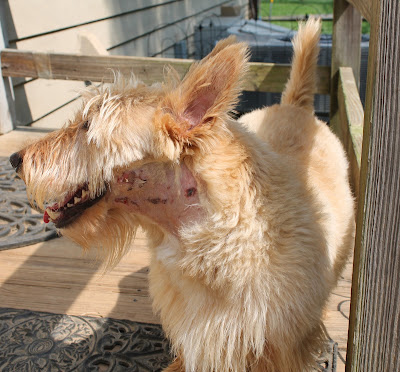 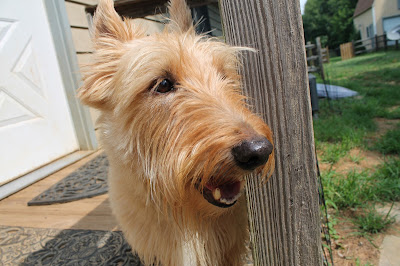