Thank-you all for your kind words and sharing Josh's loss. I realized yesterday that Josh was not the oldest dog we've lost, but he was the one we had the longest. Josh was a gentle soul.  He was also a  "pleaser" by nature, and (usually) did what we asked of him. But yesterday was his day and a day that was totally out of my control. It was a humbling place to be. Josh peacefully passed away on the front porch that he loved before the vet would arrive. 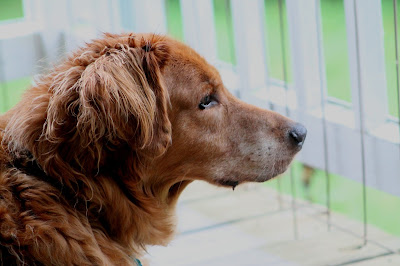 I wished I'd had another day off of work, but I didn't. It was a long day that ended with my having to go to the grocery store for a few things.  I really didn't want to go, but I had to, so I dragged myself there.

I hurried inside, quickly got the few things I needed and rushed to the checkout. I got into a little longer line because I saw my favorite cashier.  I'm not sure when "Nora" became my favorite cashier.  But every time I have been in her line, I have heard her compliment every customer she interacts with. I’ve liked watching the people light up as she finds something positive to say about them.  She has such a refreshing attitude and I love chatting with her.  I think Nora is an example to follow.

When it was my turn, she asked me how I was doing, noting that I was looking a "little tired." I told her that I was doing okay, and that I was just really worn out.  And then, she asked me how our dogs were doing. As you can guess, the loss of Josh is still pretty raw and I'm not at a point where I can just blurt out what happened to him. So, I replied with my usual answer that "the dogs were all present and accounted for when I left home this morning."  I think that Nora knew there was more to my answer. Because she stopped scanning my groceries, and said to me, "I know just the thing you need," and she rushed away.  I'll admit that I was a little confused and embarrassed because there were other people standing in line in back of me.  But when Nora came back she had a little pot of bright yellow mums in her hand, and said to me, "here's something to cheer you up, and they're on me!" 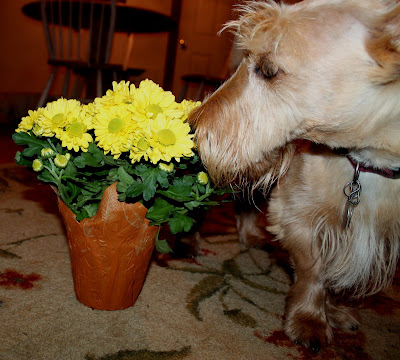 I know my mouth dropped open because I was so surprised by her unexpected kindness - And, through the sting of tears that have been so close to the surface all day, all I could say was "thank-you" over and over again.  I thought afterwards that I really hope Nora knows that her small gesture of kindness at a low moment made a difference, and is one I won't soon forget. 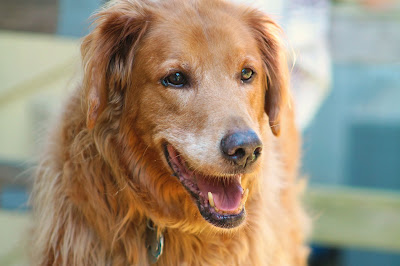