Getting to Know Baloo

Hello Blogging Friends! Many thanks for those of you who have checked in asking how Baloo has settled in and sending your best of vibes for him. 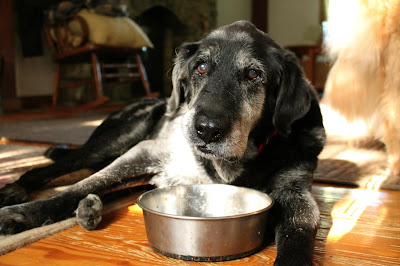 The answer to your question is YES, Baloo is doing well and has settled in to his new life.  Of course there is always that learning curve as we get to know one another. Baloo still is quite slow on his feet and needs help getting up and down the outside steps so he doesn't stumble and fall.  Ideally, we'd like for Baloo to walk up and down the ramp that we have, so we're trying to teach him to do that instead of the steps. But one thing we have learned is that not all the dogs like the ramp, so we'll see what his preference becomes. 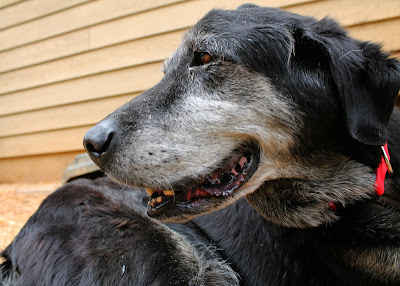 One thing we had no idea of, is how Baloo would do with the cats. At first he ignored them, and now, if they get too close he'll bark and snap at them. So, we're correcting him, and I have decided that the cats also need to learn to be a bit smarter around him too. So I hope that the longer he's here, the more they'll ALL learn to keep their distance from one another. On the flipside to that, he's getting along well with all his new packmates, and for that I'm always grateful.

In other news, there was the reality check late last week with Joy, who you'll recall has lymphoma. It began with her nose bleeding that of course had me quite concerned along with her not being able to get to her feet. A visit to Mobile Vet was made, and he said that it was being caused by what he was pretty sure is a respiratory infection. Easy enough to treat with an antibiotic.  And since we were there, I mentioned to him about my concerns with what looked to me like "muscle wasting" and I thought that it was because of the prednisone. But Mobile Vet said that it isn't what's causing all of it, but it's also the cancer consuming the fat and muscle that's stored within her tissues. He told me that sadly and unfortunately there's not anything that can be done. He suggested a few diet changes to help and said that I should take Joy home, continue to spoil her, and know that her time with us is coming to an end very soon. 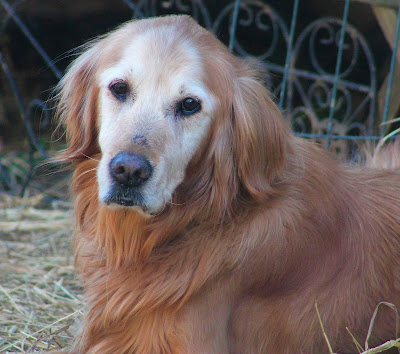 I know, respect and understand that Mobile Vet has an obligation to be honest. But I was of course heartbroken with the sad reality check, and felt totally defeated. So much so, that I went to bed early.

But the next morning there was Joy, looking at me, alert, eyes bright and she was wagging her tail and eager to start the new day, just as she has every day since we met. She hasn't given up. And it's not time for me to give up either. 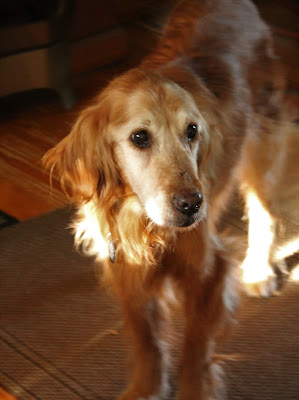