Gino and The Wrens

I saw the wren in the garage about a week ago when I was leaving for work. I checked the top shelf, and sure enough, back behind the small chain-saw, there was a nest. Thinking it was a "new-nest-construction" I decided that when I got home I would knock it down. 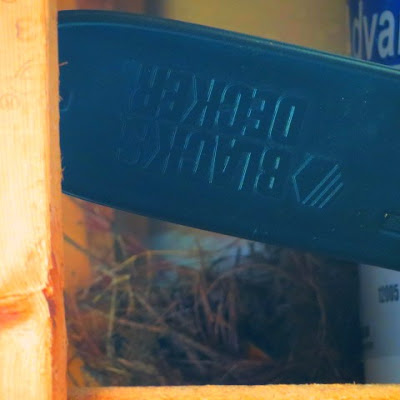 I decided this only because our mostly outdoor kitty Gino living in the garage doesn't make for the best of neighborhood to raise a family of birds. I know the picture below makes him look innocent and like a real marshmallow. But trust me, Gino has a wildlife-crime record. Unfortunately. But he is a cat and an outdoor one at that. Last year we had another family of wrens build a nest in the same spot and Gino (somehow) managed to get onto the shelf one night and well....you know.... I really enjoy the wrens and was really sad when the lives of the nesting birds came to an end. And, I know it goes without saying that I don't want that to happen again. 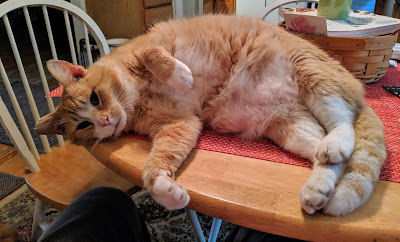 So, when I got home from work, I decided I was simply going to just knock the nest off the shelf with a broom. Carl said he'd take care of it with a gentler approach and just put it into the trash. When he took the nest off the shelf, inside were 3 little wrens with barely any feathers.  I was glad he'd not done it my way for once. He put the nest back and we hoped that our disturbing it wouldn't be an issue. It wasn't.

And so now I'm watching the parents fly in and out of the garage. We're opening the door first thing in the morning, and close it after dark which gives the wren time to get settled in for the night. 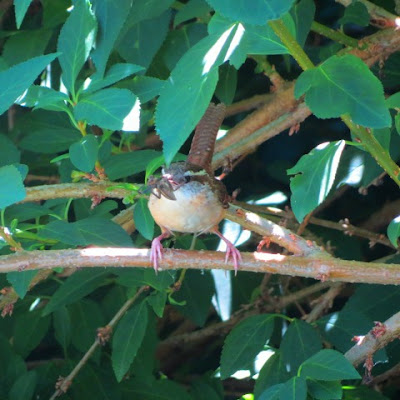 And the air is now filled with the wren's loud shrill-rattling-warble-warning of danger. The danger is of course Gino. 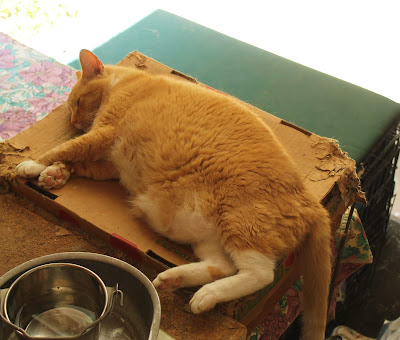 I just hope they heed their own warnings and stay safe and leave the neighborhood soon! 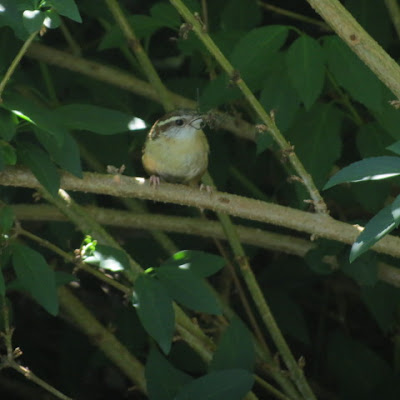