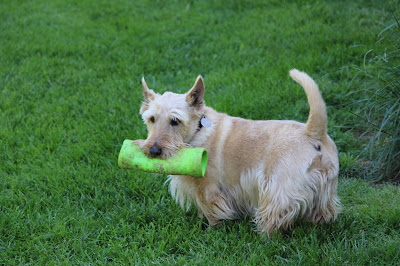 I had a little bit of a surprise this week - While I was at work, Judy's son, *A* called me and asked me to return his call.  You will of course remember that he wanted to euthanize both Tiggy and Sophie when Judy went to live in a nursing home. For a couple of reasons, I was a bit leery about calling him - Because I will admit that I had a bit of a grudge against him for what I viewed as being callused and heartless towards Sophie and Tiggy.

But I will say, that those feelings had lessoned over the last several months because *A* had paid all or part of the vet bill for Sophie when she'd seen her vet, *Dr S* in October. Of course at the time I said I would pay the bill, just as I said several times that I would do for Sophie's final vet visit. But I was told each time by Dr. S to not be concerned about it, that her vet bills would all be taken care of. Despite being told that, I still wondered if what prompted*A's* call to me, had to do with money and Sophie's final expenses, because I'd asked for her ashes to be returned to me - Which is an expense outside of vet care. 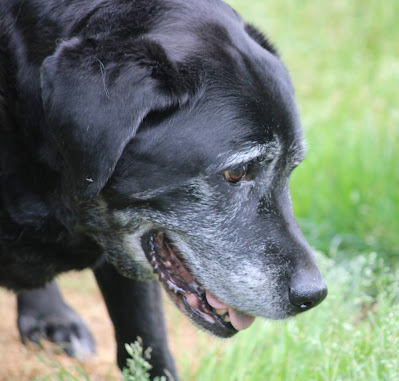 The lesson here is, to not judge and remember that everything is not always about money. Because Sophie's vet bills were not the reason for *A's* call. Well, at least not all of it. He wanted to thank me for taking care of Sophie and Tiggy and giving them a home together. He also wanted to apologize for not reaching out sooner. He then went on to explain to me about the pressure he was under at the time with his Mother and moving her into a care facility, etc. *A* felt that he had no choices with Sophie and Tiggy, because he could not keep them. In listening to him, I could tell it was a difficult time for him. *A* really didn't know what to do other than euthanize them.... Thankfully Dr. S and Irina (our groomer who gave me Sophie) were there to help him with them both. 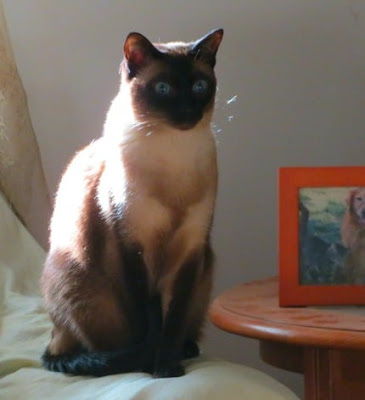 We had a good conversation. *A* talked about the longtime friendship he and his Mom (Judy) have had with both Dr. S, and his memories of Dr. Howard (the previous practice owner) who owned Sophie's Mother. And he told me that Tiggy had been a present from him to his Mom, about 7 years ago. We both laughed about the things that make Tiggy such an unusual character - because he is after all, a Siamese cat -- And as we shared the loss of Sophie,  he told me several times how much she meant to his Mom. We ended our nearly 1 hour conversation with *A* offering to pay for any future vet expenses that Tiggy has - I thanked him for that while reminding him that cats can live about 20 years.🙂  I don't know that I'll take him up on that generous and kind offer. But I think it was nice of him to put it out there. And I think it was nice of him to reach out and to call.
Finally, I have to say, that after the experience with Buddy and his family, I did not want to have any connection to the previous owners of dogs or cats in our care. But this time, it is one of those instances where it's okay. I have not felt judged or under a microscope for a moment. Instead, from Dr. S, (his photo is below) and Judy's son, and even from Irina (our groomer), I have felt nothing but friendship, kindness and support for the care and the home I gave Sophie, and the life that Tiggy has with us. That trust is humbling and it has meant and still means a lot to me.
Posted by ~Kim at Golden Pines~ at 12:06 AM