Memories for What's Ahead 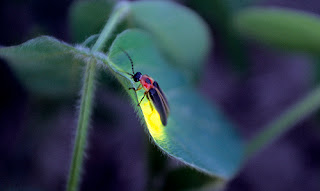 Some call them fireflies, I call them lightning bugs. I think they're summer's mascot and they're back. The memories I have of them is like 'magic.' Even now seeing them is kind of like a mini-fireworks show . As I stood on my porch watching them last night, I remembered something I read about how each minute of our lives is unique unto itself and how connected we can be to what came before and what will come next. 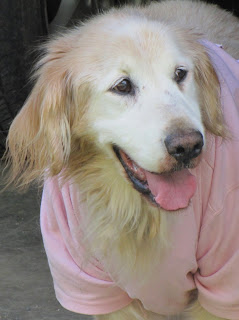 I wish I knew what will come next for Hamlet. He was taken back to the vet on Friday. His appetite is really good, but there is a lingering cough and the tumor is still draining.  (We're doing our best to keep it very clean). I don't think that he's feeling all that well, but despite that his tail still wags and the spark is still there.  We have had a culture done to see what bacteria is present and will hopefully be able to find an antibiotic to treat the infection. Prior to Hamlet having his 2nd surgery, one of the bacteria that was identified from a culture was e-coli. The medication to treat that particular strain of it was very expensive (about $1500 per bottle) required his being hospitalized for several days, and had an arms length of side effects which included kidney failure. It was then we opted to do the surgery and hope all the bacteria and infection were removed. I knew going into it that there was a chance it may not be. As far as doing surgery again, right now I don't feel like that's an option. His recovery from the 2nd surgery was a little more difficult than the first one, and a 3rd would no doubt be harder for him. Hamlet is an old dog (we guess about 13-14) and I think it would be too much for a dog his age. We've had a wonderful and memorable year and-a-half together; the past six months, the best. He had times where he would make little running dashes on our walks, manage a single bark and we'd get a 'snorty whine' from him when we come home. I know those days are now gone.  But like the lightning bugs, I have the memories of them.  I think they've given Hamlet and I a connection and the courage for whatever will come next. 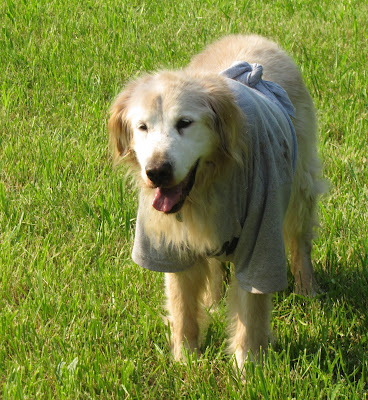