The Battle Ends for Sam 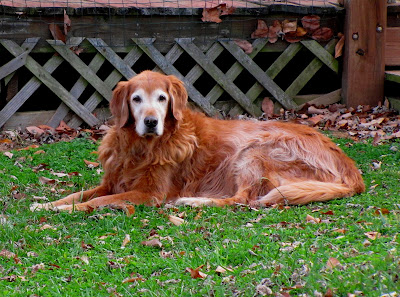 Today dawned cool, gray and damp.  As a gentle rain fell this morning, I knelt next to Sam as he lay in the grass.  He'd been there for several minutes and was starting to become soaking wet.  My attempts to get him to come inside were met with resistance from him, but eventually he did what he was asked.  I wasn't sure what exactly was happening or what had changed because outwardly at least to me, nothing had.  But known only to Sam, something was different, because it was obvious the pain and his battle with cancer had become too much for him. 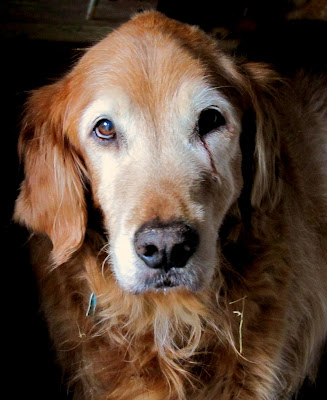 Holding Sam's face in my hands I looked at him and pleaded and promised I would do whatever it took to help him, if we could just have more time together.  But another world was calling to Sam and I knew it was time to let him go--Sam had done what he always did--He chose what he wanted to do.

There is so much I want the world to know about Sam.  Things that I don't want to be forgotten.  But tonight, I am flooded with emotions and as hard as I have tried, the words just won't come.  I can only give thanks for nearly 3 years full of memories with one of the most well adjusted, confident, self assured and independent Goldens I've ever known.

Tonight our candle is lit to help Sam find his way to the Rainbow Bridge.  Along with being met by our pups, I am finding comfort in Sam also being reunited with his very first owner whose life sadly ended much too soon.  And as he and Sam cross the Rainbow Bridge together, I hope that Sam won't forget what he meant to us, and how much we are going to miss him.


God speed 'my handsome Sam.'  You fought a good fight. 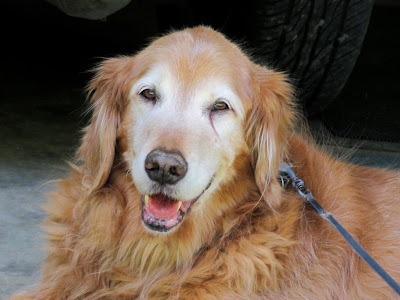