Berries and a Bat 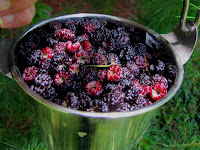 The week ended as one of those weeks when, despite the uncertainty with Sam, things seemed right and how they should be.  With good weather this past week it allowed us to pick the bumper-crop of blackberries that are ripening faster than we can get to them.  Unfortunately many are going to waste.

But I had no idea that there were so many blackberries growing on our property.  Sheba still cannot get enough of them! 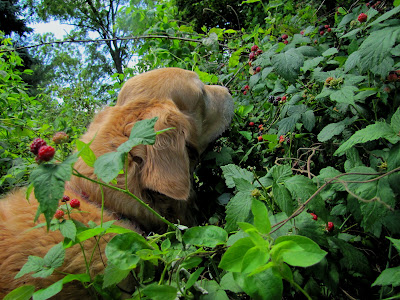 Yesterday Sheba and I went for a walk around our property and picked the ones along the edge of the woods.  One of the things I get most nervous about is seeing a snake, so I'm always watching where I step.  I should probably spend more time looking up because when I did, I saw a little brown bat clinging to a branch. 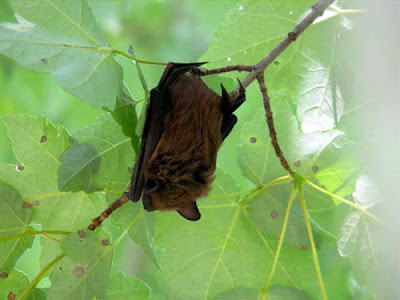 I backed way off and stayed just long enough to take a couple of very quick pictures. When we first moved here it was not unusual to see bats.  On a warm spring or summer night, shortly after dusk from our front porch I would watch their fluttery, erratic flight as they caught insects with the greatest of ease.  But the last few years we've not seen as many because of  'white-nose-syndrome' that is killing them in record numbers. I personally think that bats are a little misunderstood because of the myths associated with them--And I understand and respect why many don't like to have them around. But for me it was good to see this nocturnal resident, and I hope it has friends. 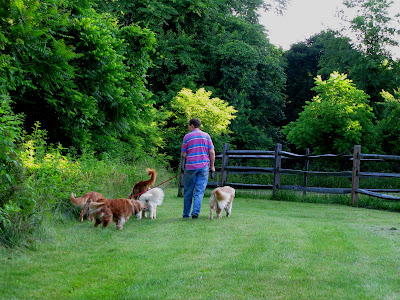