CarrieAnne -- It had to be Okay!

Many, many thanks to everyone who thought of CarrieAnne yesterday when she had surgery and sent good thoughts for her.  I can honestly say that I felt assurance all day that everything would 'be okay.' But I have to admit that when 4 o'clock rolled around and I'd not heard from my vet, I started to get really nervous. Thankfully about an hour later I got the call I had been waiting on letting me know that Carrie was doing  just fine; and although it was a very long surgery (more than 3 hours) she had no problems whatsoever with the anesthetic--This was because of the detailed notes made by my previous vet, the anesthesia was given differently which made all the difference.  Two hours later, I was picking up a very woozy CarrieAnne. 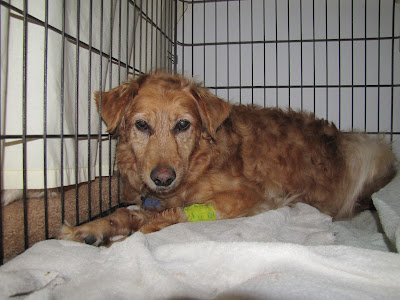 She had a good nights sleep and after a slow start this morning by this afternoon CarrieAnne was enjoying time outside with all of us.  This evening she ate her entire meal. 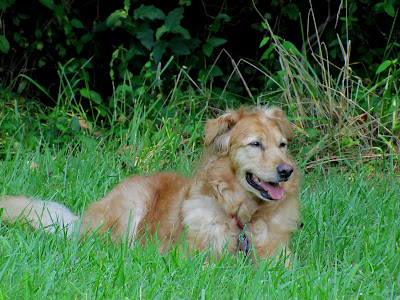 I do have to think that she's doing well in part due to the gift given to her by the Tooth-Fairy which was pain medications--What a nice gift! 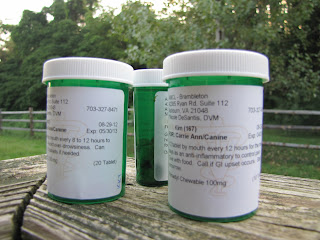 One thing I've never mentioned before is that CarrieAnne had a sister named Lucy that she was very, very bonded to and who was very protective of Carrie.  Lucy waits for CarrieAnne at the Rainbow bridge, and it's days like yesterday, that I have to think that Lucy is still there watching over her sister, making sure she's okay--With that and all of your good thoughts and prayers, there really was no way that CarrieAnne's surgery could not have turned out 'okay.' 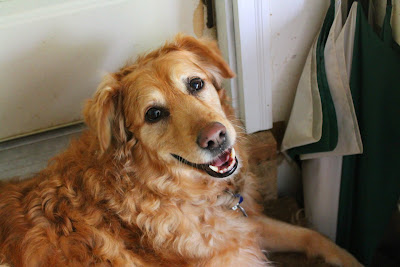