Good-Bye to the Last Chub Brother 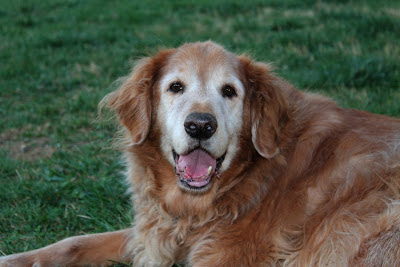 In June of 2010 we welcomed to Golden Pines, a bonded pair of Goldens named Bubba and Toby.  Because they were both overweight, they were affectionately given the nickname 'The Chub Brothers' by our blogging friend, KT. The name stuck to them, even though their weight didn't.  Bubba was the more carefree of the two, but had health and mobility issues. Toby was the serious one and was always watching over his life's companion, taking care of Bubba, washing his face, and constantly cleaning his ears.
Into their private club the two welcomed our boy Sam. The three became 'The Chub Club' and were companions to one another. But there always remained the unbreakable bond between Toby and Bubba.
When Bubba passed away on New Years Eve 2011, Toby mourned his loss. Sam kept his distance from Toby during this time, but there came a time that the two were always together. Toby then blossomed into a mischievous, carefree and comical boy who was always rolling in the grass and when your back was turned he would run in between your legs. 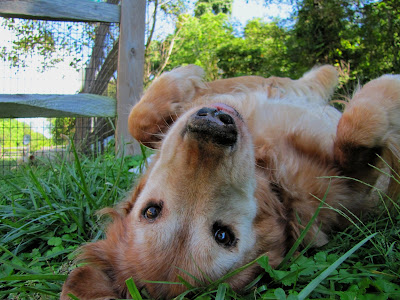 We even found out during a power outage that he liked to chase a laser pointer. The good days for Toby had returned. 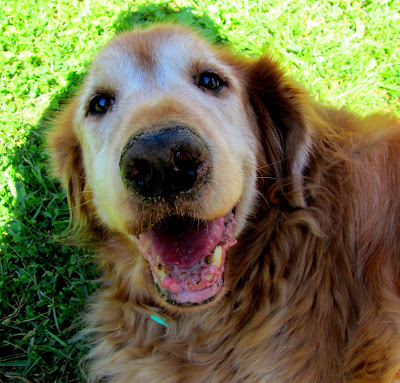 But sadly when Sam passed away this past June, there was a loneliness about Toby that I couldn't help to erase.
Toby's ability to get around has been deteriorating over the last few months, but we were there to give him that boost whenever he needed it. This week, he became unable to stand and was in a great deal of pain. Despite many attempts my vet and I couldn't get Toby to stand up, even with the best of help and support. With that and because of how uncomfortable he was, it was decided that the kind thing to do would be to let him go. Making these decisions, no matter how many times you have done it, is never easy. I noticed that as my tears were falling there was one in Toby's eye too...And with a shake of his head, he quietly and peacefully left this life for the next. 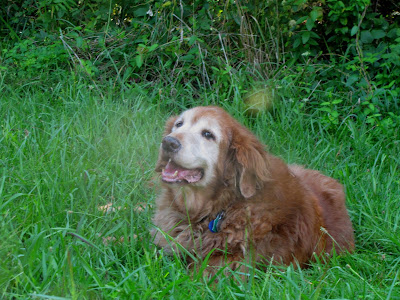 All day long I've been remembering Bubba and Toby on the first day we got them.  When they were turned over to the rescue I volunteer with the two weren't boarded together. When Bubba and Toby arrived here all they did that first evening was lay next to each other and lick one another's face, they were so happy to be reunited. This evening as I was driving home a beautiful bright orange glow of the sunset filled the sky in front of me. Across the horizon flew a large flock of geese. Behind the flock, two geese flying side by side were trying to catch up to the others ahead of them. I imagined the meeting of Toby and Bubba on the other side.  The two greeting one another with licks on the face, and then running together to catch up with the others that were ahead. Despite the ache and the emptiness I am feeling, thinking of their reunion gives me great comfort.  Toby will be greatly missed. 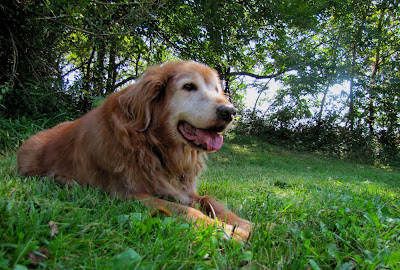 God-speed 'Toby-Bunny' until we meet again at the Rainbow Bridge....
Posted by ~Kim at Golden Pines~ at 10:55 PM