If you've stopped by to see what our snow looks like, you've wasted your energy--We have no snow. Yes, we are disappointed, but the dogs and I continue to do our best snow-dance, and wait and hope for our turn to have a snow-day!
I am also disappointed in what's happened along the edge of our property--The electric company has put up the power line for the home that's being built in back of us. Because of where our power line is, we knew about where the new one would be. But I just had no idea that when it was decided, that it would mean that the 'natural fence' that consisted of trees, blackberry bushes, honeysuckle and everything else would be totally gone, as well as the boundary that the dogs knew not to cross. 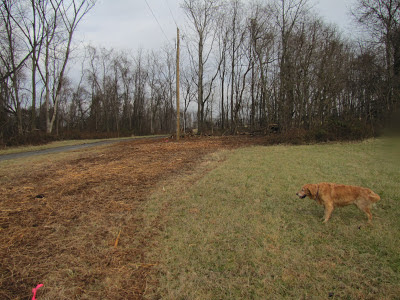 The hedge is almost all on our property, and in the below picture, you can see how wide it was.  Now anyone using the new driveway has a full view of our yard and the dogs think they now have more room to explore. 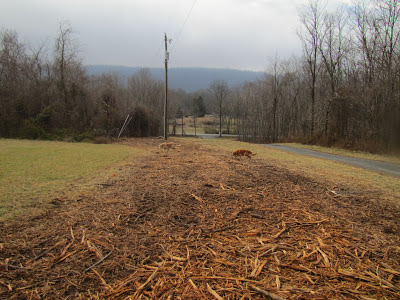 From our house I could see that it was a mess, and I have to admit to being a little upset about it all.  I could see that the workers were getting ready to leave, and so I went over to talk to them about it before they left.  Even the trees had been left where they had fallen when they were cut.  I told a man named 'Evan,' who looked like he was the one in charge, that I understood about their doing their job, etc., and as disappointing as it is to lose the privacy and the hedge, I was really unhappy about the mess they were leaving.  I told him I was not going to be able to do the clean-up and stack the wood by myself and that I thought since there were more of them than me, that they should do it. With the workers already in their trucks to leave for the day, I really thought that they weren't going too.
After they'd gone, I walked back over with the dogs and found they had cleaned up and stacked the wood. I was very thankful and appreciative that they had done what I'd asked. 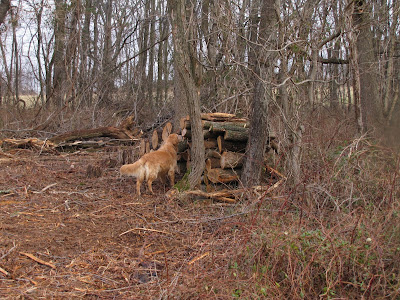 I guess it does pay to let someone know that you're not happy with what they're doing.
I think CC does a good job of letting Todd know when she is! 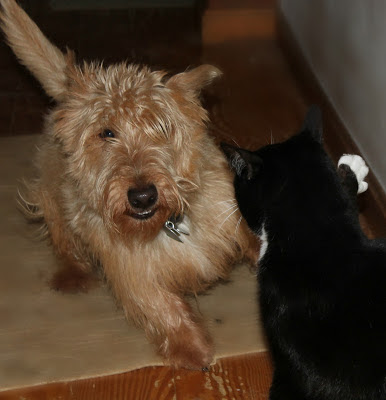 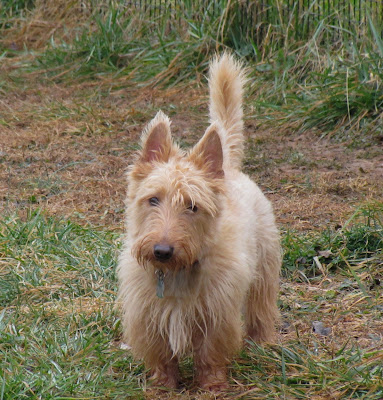