A hot, bright summer day full of sunshine has brought us a new boy with the same name--Today we welcomed Sunshine, or Sunny for short to Golden Pines.  He was given to a shelter by his elderly owner who could no longer care for him.  The shelter was told he was twelve years old by the owner.  However a vets office who first saw him (not my vet) swear that he's more like two. I think he might be around ten.  Sunny, who knows the answer is proving to be good at keeping a secret and isn't telling. 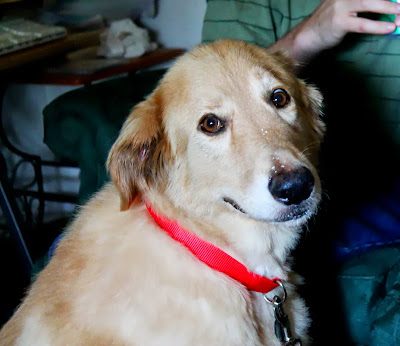 Someone who is not so good at keeping a secret is Cissy.  Your good thoughts have made a difference and she's feeling much better and is telling me and anyone else who will listen to her all about it.  Her energy level and appetite have almost returned to what it was previously. But she's seeing the vet on Thursday just to make sure there's not something else going on. 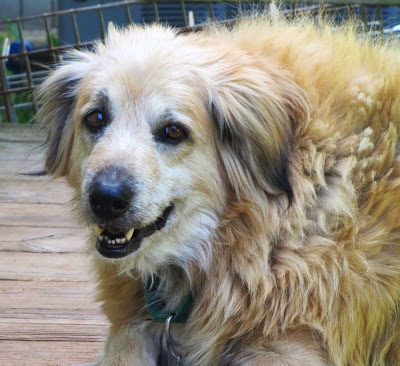 I hope whatever you have going on, that it's a good week for you! 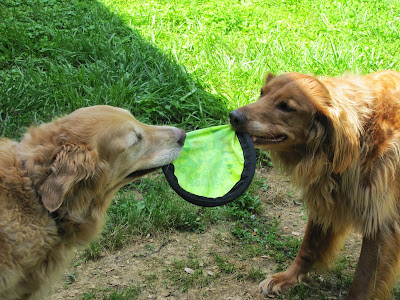