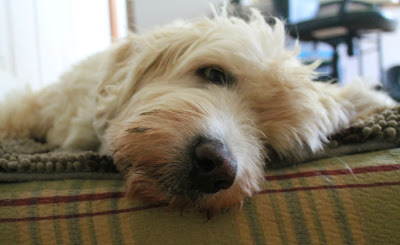 The first of two days off this week.  Inside and away from the heat and humidity we're taking it easy.
With Todd however, there's no taking it easy.  He was on full alert and patrol. 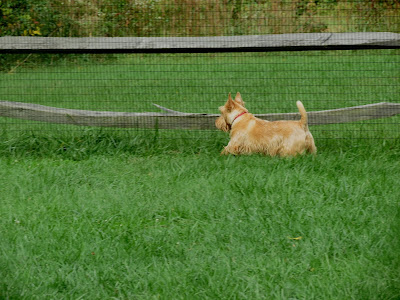 You probably know that the Scottie was bred by farmers to help them manage vermin problems. They are known to follow prey, such as badgers, foxes, and other vermin, right into their burrows and then try to dig them out. That is exactly what Todd has been doing.  In the last three days, Todd has dug out and "made dead" two moles. This morning with no one around, (i.e., Carl), it fell to me to bribe Todd into giving up his newest prize.  It was before breakfast and a weak moment and it only took a few treats to convince him. But it was easy to see that he had to think about it first. 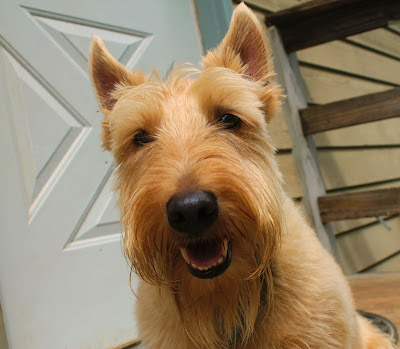 However, I think that he's also still convinced there has to be more where those two came from. I hope he's wrong! 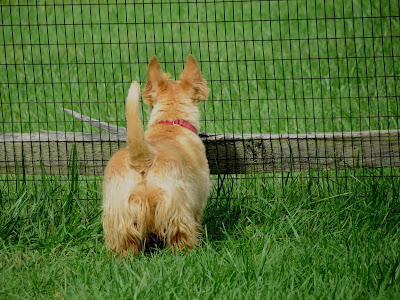