On Friday morning I said good-bye to our three little kittens who have found new homes.  It was a good and learning experience, and I've no regrets in volunteering to take them in.  I was a bit surprised when I was asked if I could take another little one.  She was found on the Appalachian Trail (a marked hiking trail in the eastern United States extending between Georgia and Maine) by a hiker who was followed by her for more than a mile.  The hiker turned this little girl who has wounds from head to tail, into the rescue.  "Appalachia" (Apple for short) is a friendly little kitten, who was previously spayed -- So at some time in her short life, she belonged to someone.  How "Apple" ended up on a remote part of a hiking trail is anyone's guess. 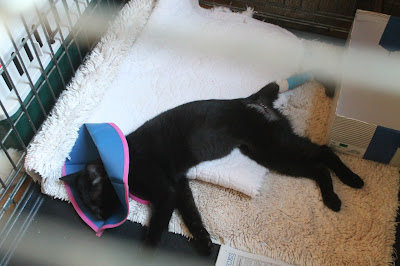 Of course Charlie is overseeing her recovery, 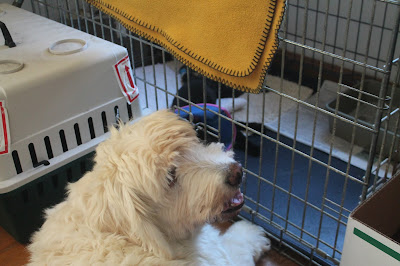 and the other dogs are snickering at her having to wear a "cone of shame."
While Charlie is taking care of the kitten, I'm taking care of Buddy and Dusty.  At the vet, Buddy had x-rays that thankfully showed nothing. So, we're trying a few things with his diet (you may be right Tammy!) to see if it'll help. 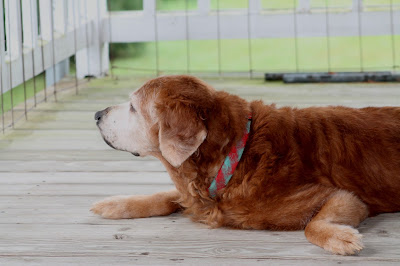 On the flip-side is Dusty.  He has a large tumor on his back leg, and the plan at the vet originally was to do a biopsy.  But our vet thinks that its gotten infected.  So, we've put him on several medications to help with the pain we think he's having and the infection.  The medication may be making him sleepy, but he seems to feel better today. 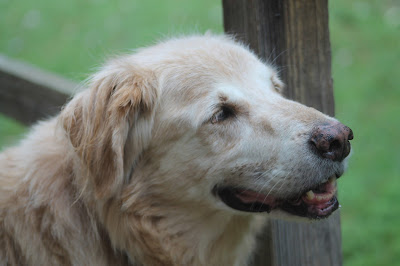 I hope we are headed in the right direction 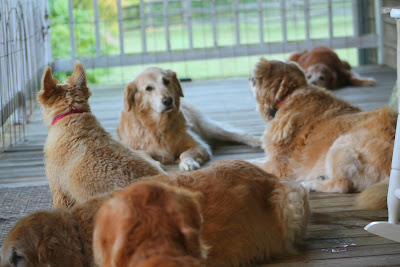 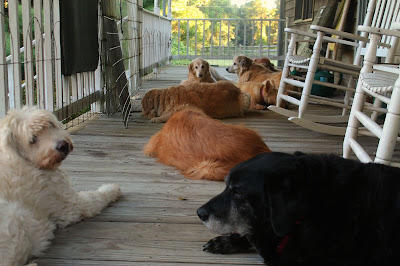