Labor Day may mark the unofficial end of summer, but we've had a sun-soaked humid weekend that has felt more like the middle of it. If Todd wasn't inside laying on the cool vents, he stayed in the shade outside. 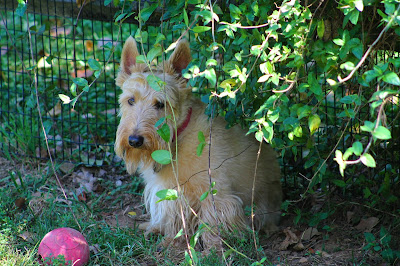 I decided to pick the pears off our tree, even though I think it may be a little early for them. But because my nemesis, the dreaded brown-marmorated stink-bug who ruined them all last year is starting to arrive, I decided to pick them with Sheba's help. 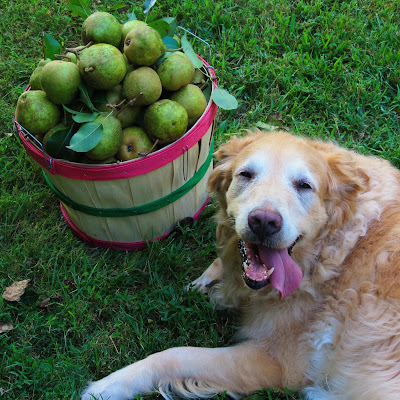 I've got them in brown bags to ripen in hopes we'll get to enjoy them as much as Sheba and Josh have been the last few weeks. 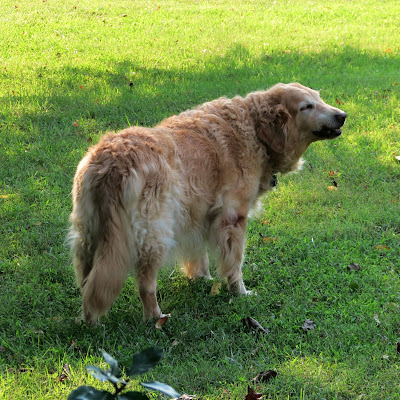 While we were at home, two of the kittens were spending their long weekend at a local store in hopes of finding a new home for them. 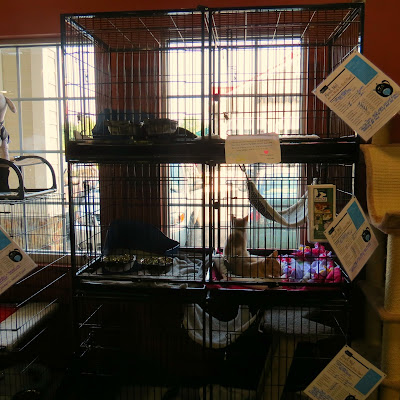 Left behind was the tiger kitten that is the adopted sister. If a cat can be lonely, this little left-behinder really let it be known with her crying that she was. As you know, Charlie loves the kittens, and tried to be friends with her.  But as you can see in the video below, she really didn't want to make any new friends.   She wanted her old one.
This afternoon she got her wish when the two little vacationers were returned, and two friends were reunited. 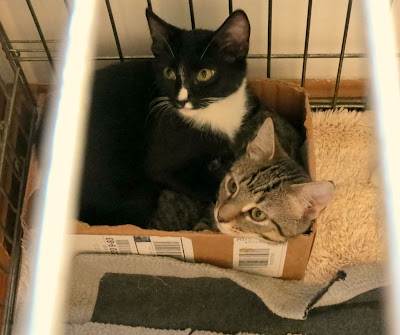 A pretty good weekend for all of us.  I hope yours was too!