The snow may have been fun to watch fall, but on Sunday, the reality set in.  We had to dig ourselves out. 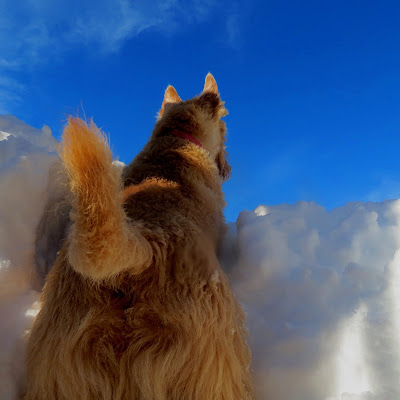 I had parked my van near the bottom of the driveway that is around 250 feet long. (about 76 meters), so we knew we weren't totally snowbound.  But Carl's car was in the garage, and was snowed in, kind of like this school bus below. 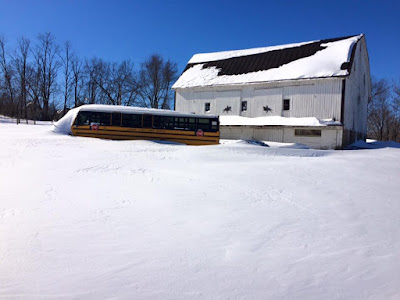 In the past, we've shoveled what little snow we've had, or called someone to do it for us.  However, because of the amount of snow, the people who provide this service were coming at a premium.  One person promised to come on Monday. Then said he'd come on Tuesday.  After waiting all day, he finally said he couldn't come at all.  Frustration because of two wasted days.
More calls on Wednesday and Carl found two people who would come, but each were charging a "trip fee" of $250 (!!) and the other, $150.  This fee did not include the $100-150 an hour just to plow the driveway.  Needless to say, we were feeling a lot of things -- overcharged and gouged to name two.  Added to that, they both wanted cash, and wouldn't take a check or credit card.  I'd returned to work on Wednesday and Carl who was home, didn't have enough cash on hand.  So, with that, warmer temps and the snow melting, he decided to do it on his own.  He had pretty much just started shoveling when someone with a tractor and plow stopped and offered to help.  He refused any money and only wanted something to drink -- In 20 about minutes our driveway was cleared!  Needless to say, we were both most grateful for the help of a good samaritan -- Who wasn't in it for money.

Today, I'm feeling relieved that our driveway is clear. 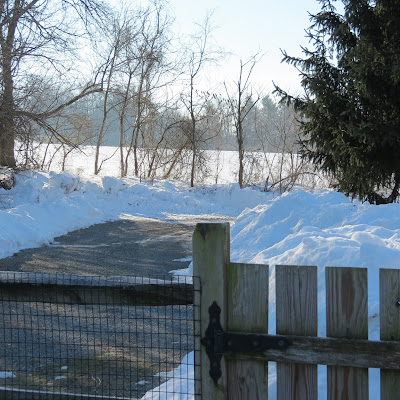 The snow has melted enough that Todd is back to guarding his yard -- Even somehow finding a mole to "make dead."  --How did he find one in all this snow? 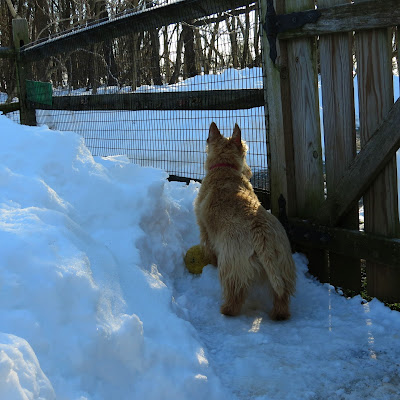 And life seems to be getting back to normal.
Whatever normal may be. 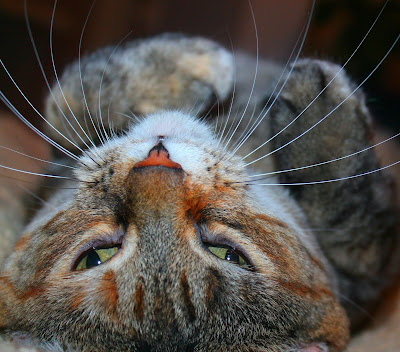 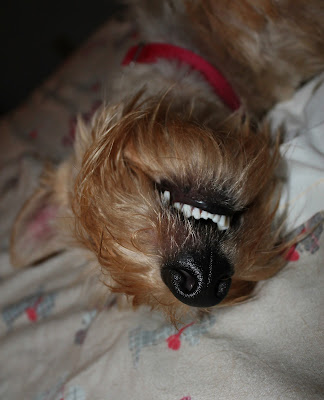