I saw this sunrise on Friday morning as I was on my way to work.  Knowing the snow-storm that was coming, I thought to myself that there was truth to the old rhyme, "Red sky in the morning sailors take warning." 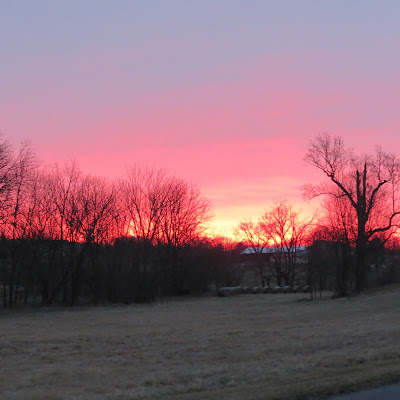 I left work around noon just as the snow was starting to fall.  By the time I was half-way home the roads were getting snow covered and slick. 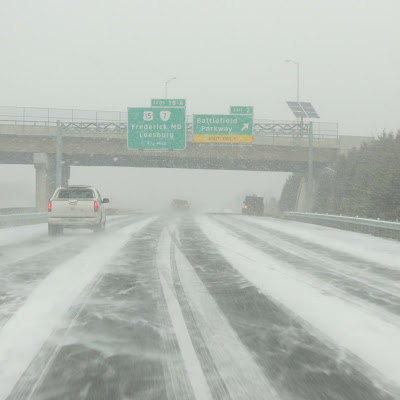 We hunkered down and just watched the snow pile up as Todd (below) would disappear in it. 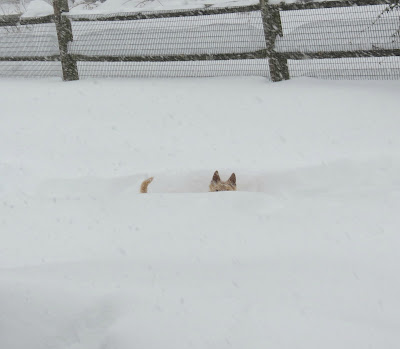 We did go out several times and shoveled a path for the dogs. 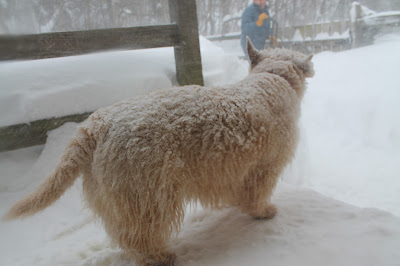 But it wouldn't take long for the dogs and the path to get covered in snow.
At times they reminded me of fish swimming in a bowl.
The dogs seemed to take it all in stride, hardly noticing that the size of yard and being able to get around outside had really diminished.
By Saturday night, after more than 24 hours, it finally stopped snowing. We ended the day with around 30 inches of snow.  Some people are saying there is more, but with blizzard conditions that made the snow drift, it was hard for us to measure;  I just know we have a lot of snow! Thankfully our power has stayed on the entire time. 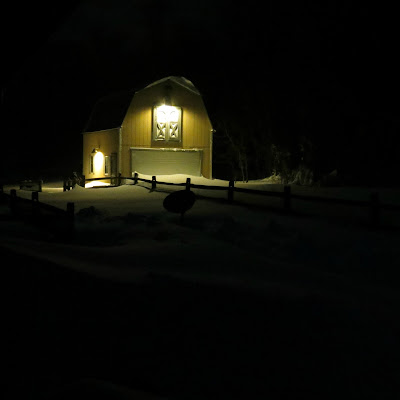 Today it was bright sun and blue skies and the big job has begun to shovel ourselves out. 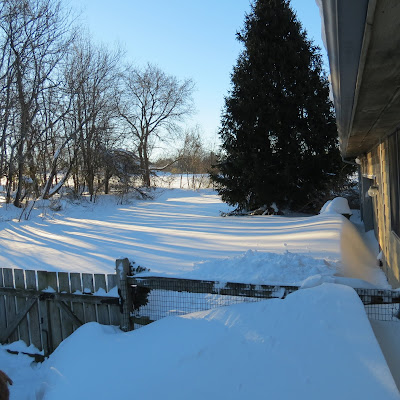 I think that it's going to take awhile.  But with a little Scottie to lead the way, it may not! 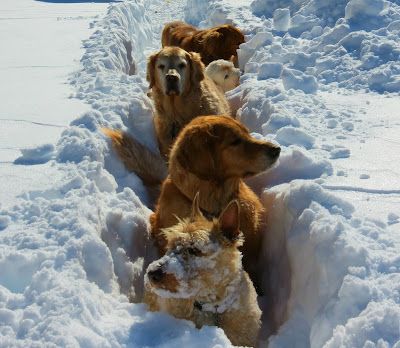