I may have been off work today, but I was out the door at my usual commute time to do what I seem to do a lot on my day's off, and that's going to the vet. It was once again Jake's turn for a follow up appointment.  The Holistic vet came yesterday to do acupuncture and cold laser therapy for Jake and Josh.  I was anxious for Dr. E to see Jake.  Last time she saw him, it had taken both of us just to get him outside because he could barely walk or stand up on his own.  Two weeks later, thanks to the medications, rest, and (especially) your good vibes and the POTP, Jake is now up on his feet and getting around pretty well!  He still sometimes needs help getting onto his feet and keeping his balance, but there is no doubt that he feels much better!  Both my vets are really pleased at how well he's doing, and how much happier he seems! 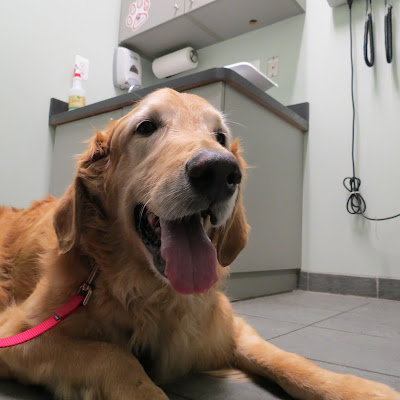 The vet visit wore Jake out, and he slept through the errands afterwards. 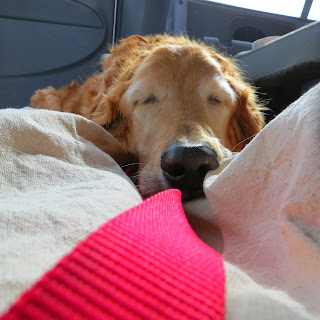 On my way home, I decided to make a slight detour.  A couple of weeks ago, I was really intrigued by a story I came across about a deserted plantation not far from where I live. From a distance, the 110-year-old mansion known as Selma retains much of its grandeur and charm.  Preservationists say the far-off view of the mansion, which is on the list of endangered historic sites in Virginia, belies what sits inside: the ravages of time. With its three stucco-covered stories nestled against Catoctin Mountain and a portico entrance with Roman Doric columns, it is a pristine picture of the Old South. 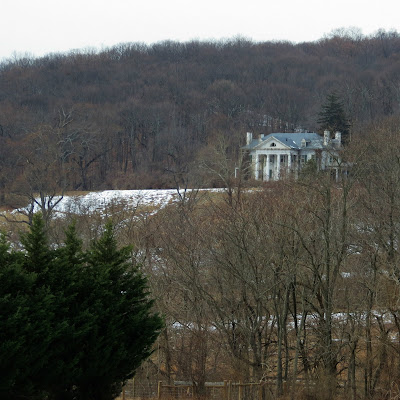 Taking away from its beauty are newer homes which surround it.  However, it is on a 50-acre conservancy lot, which means the property can't be subdivided.  But unfortunately, there is no protection for the home itself. 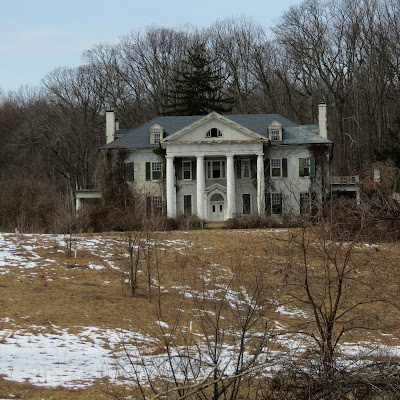 Some of the out buildings are still standing as well. 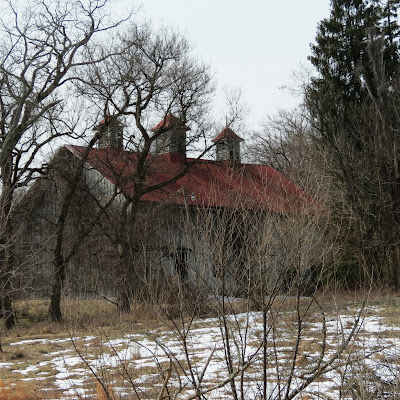 The former plantation was best known as the home of Armistead Thomson Mason (1787– 1819), a U.S. Senator from Virginia.  He built the original house and lived there until he was killed in a duel in 1819. His widow and young son stayed on until a change in fortunes forced them to sell. The original house was destroyed by fire in the 1890s and the current mansion was built in the early 1900s. Despite passing through several owners and developers, nothing seems to come of efforts to bring life back to Selma.  I think this is really sad, because there's no denying its historic beauty. 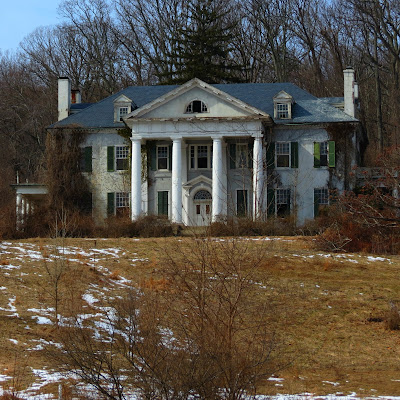 And because there is no doubt, that just like Jake, it's worth rescuing. 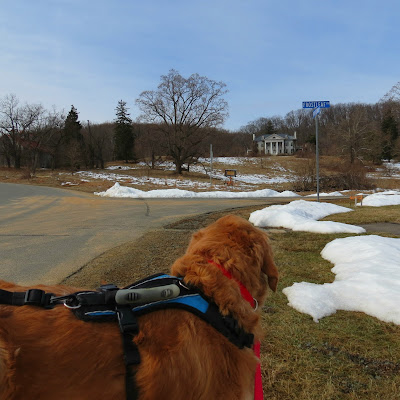