Carl has been out of town all week visiting his brother in the state of Washington.  He decided that instead of flying, he would take the Amtrak train across the country.  A nearly 4 day trip.  There are people that think this would be great fun, however, I am not one of them.  He made it to Washington, and said the trip while a long one, was one he enjoyed.  I guess that's what matters.
On the homefront, I have to admit, that its not been the best week for us. Sunny developed a large lump on his chin. 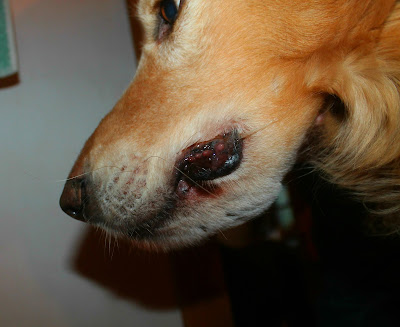 Getting in touch with and arranging a time with our new "mobile vet" proved to be a bit of a challenge. We were finally able to meet him in a parking lot.  Mobile Vet doesn't think it's tooth related, but rather from an injury on his cheek that's gotten infected.  Sunny thanked Mobile Vet for seeing him by snapping at him.  Mobile Vet returned the gesture by giving Sunny 2 antibiotics that are upsetting his stomach. But the medications are working, and the lump is much smaller.
Not to be outdone Jake also has an upset stomach.  I'm not sure what's caused it.  But after a couple of nights of letting him outside several times, along with a bland diet I can tell he's feeling better. 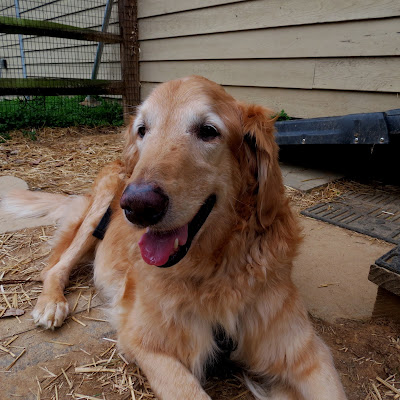 Usually single-parenting and dogs with upset stomachs aren't a problem.  However, I was also pretty under the weather this last week and stayed home from work.  Something I never do. 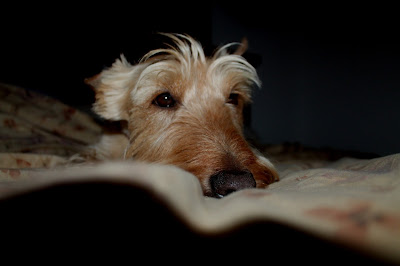 However, today I am finally feeling better -- But how could I not with this kind of Scottie-comic-relief? 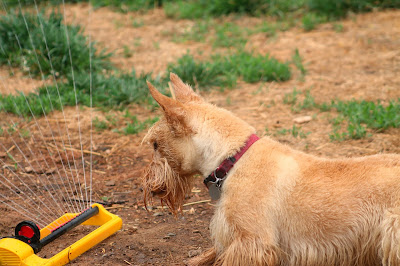 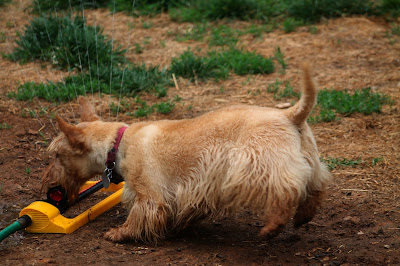 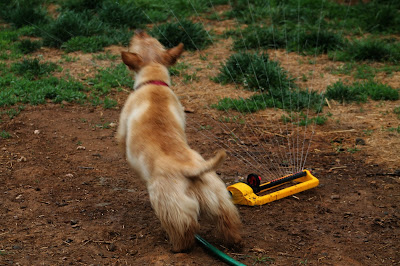 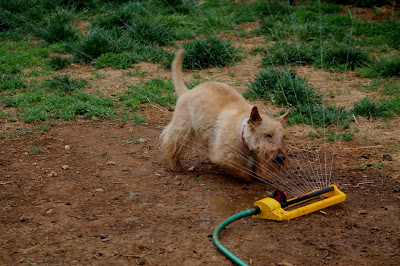 What would we do without Todd? 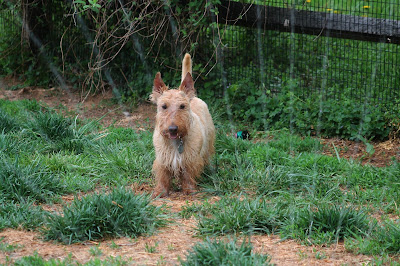