Stinky and the Twins

My train traveling husband returned via plane on Tuesday.  He said that he enjoyed traveling by train and would like to do it again.
While in Washington he visited Mount St. Helens 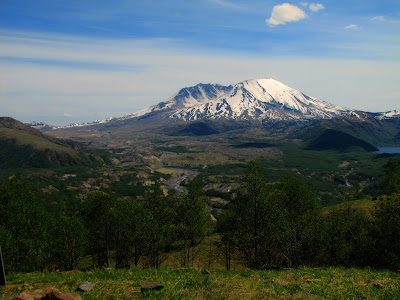 And he said he'd forgotten how beautiful the state of Washington is. 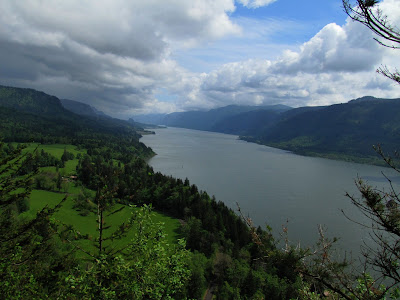 Back at home, our foster kitten, Mohawk, or Stinky as I've been calling him saw a specialist.  For the two months that he's been here, he's had "bowel upset" the entire time.  The diagnosis after seeing the internist is "Irritable Bowel Disease."  We're changing up his food (for the 3rd time) and putting him back on medications in hopes that it'll do the trick. 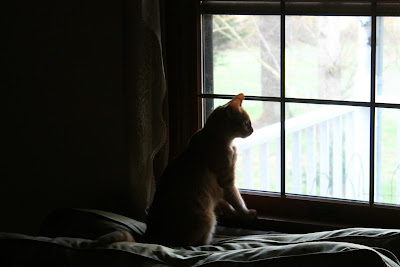 In the photo below you'll notice that Jake and Josh (on the right) ) are looking a bit like twins. 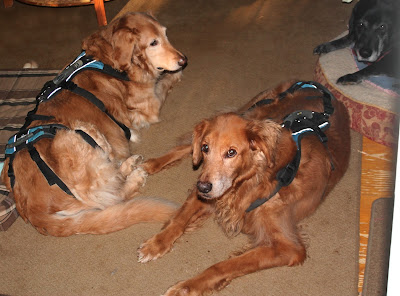 At 14 years old, Josh's arthritis is starting to take a toll on him and he often needs help getting up on his feet.  Acupuncture and cold laser don't seem to be helping, but the daily pain medications are easing his discomfort.  To help him to stand up and keep him mobile he needed and I wanted a harness.  The one I have and like the best is being used by Jake, so I needed to order another one.  Unknown to me, back in January, another blogger (who I will let remain anonymous) sent us an online gift that I didn't find out about it until I decided to get a harness for Josh - And Her generous gift was the exact amount I needed to buy it -- It was meant to be!  I cannot thank "Her" enough for thinking of us and making a difference for Josh, as well as the others that will use the harness after him.

I've no doubt Todd would agree -- But for now he just thinks it's funny that they're wearing matching outfits! 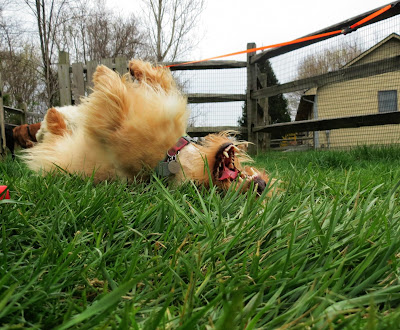