We round the corner to the end of what has been a hectic and busy week.  Carl has been out of town, and when he returned, we had out of town company.
And, to make sure there was no extra spare time, we welcomed a new addition named Rhett.  He comes to us from the very distant town of Lynchburg Virginia. 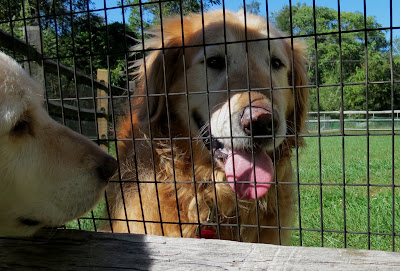 Rhett is a very handsome and very big 12 year old boy that has been diagnosed with epilepsy.  From the rescue I received this information about his past life:

Rhett has been given to the rescue because his last owner is expecting a baby, and is unable to pay for his needed medications.  Unfortunately, one of the medications he's been taking did not come with him.  I am hoping that until we are able to have Rhett seen by the vet, he'll be okay, and he won't have any seizures.
On the flip side, our dogs like Rhett. 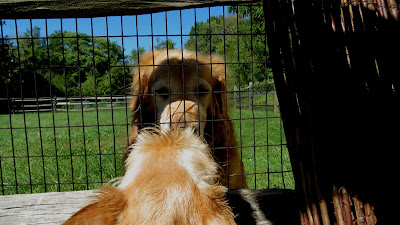 Todd (below) of course has given his opinion of what he thinks about him... 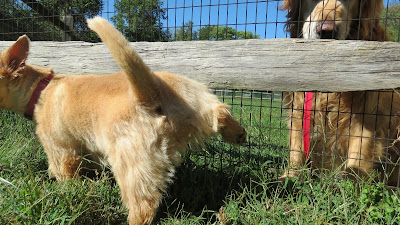 But my attempts to keep Rhett away from our dogs so he could settle in, didn't work. Several times, I turned around and he was behind me. 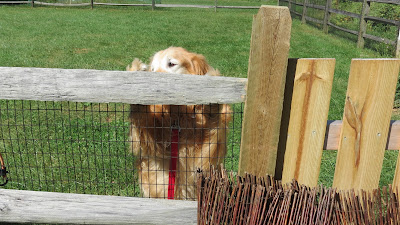 I could see that he was okay with our crew, who are either too worn out from meeting new arrivals, or they are just used to newcomers.  Maybe it's both.
Either way, I am looking forward to the chance to get to know Rhett and have him as part of our lives. 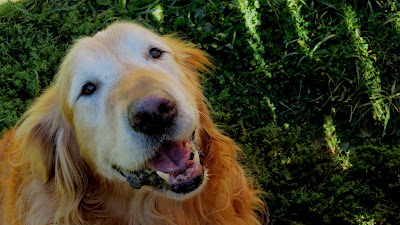