We ended the month of May with Charlie having his post op visit with the surgeon. Everything has healed well, stitches were taken out and so he's no longer confined when we're gone, or wearing the e-collar that he hated. Charlie has an appointment with Holistic Vet on Thursday so we'll see where that takes us. 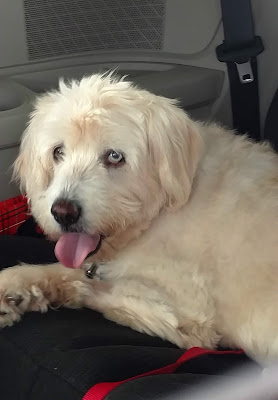 Also going with me on Thursday will be the lovely Eva.  I'd like her to see Holistic Vet for an herbal console to discuss her kidney disease.  Like Charlie, the goal will be to also use herbs to try and stop its progression and keep her kidneys functioning the best we can. 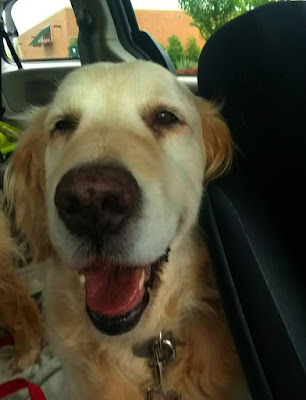 Happening on the outside there's our outdoor kitty, Gino.  He's no longer being confined and just as we hoped, he's made his home in the garage.  He'll roam a bit, but never goes too far. We're only having two little problems with him.  The first one is that he's pulling out his fur.  We know there are no little "critters" on him, so we're thinking it may be caused by stress from the short times he is confined.  If you have any ideas about what could be causing it, I hope you'll share them.

And the second problem is that Gino attacks the dogs.  Yes, you read that right.  He attacks the dogs. Not a "lets play" attack, but a "you're on my turf, I'm going to get you" kind of attack.
This has the dogs like Cissy, a little bit, okay, a lot confused. Because she barely even looks at him. So, now that Gino is free to roam, we'll have to work on that relationship.
Todd on the other hand, isn't interested in anything related to Gino. At least not at the moment.  For the past 2 days, he's been watching something under our barn.  We've looked several times and don't see anything. But apparently there's something that's keeping his attention. 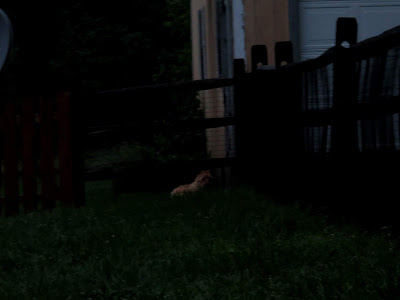 You'll recall that he's done this before, and nothing, not even the rain that is falling tonight can keep him away.  He is one determined and a very shaggie Scottie! 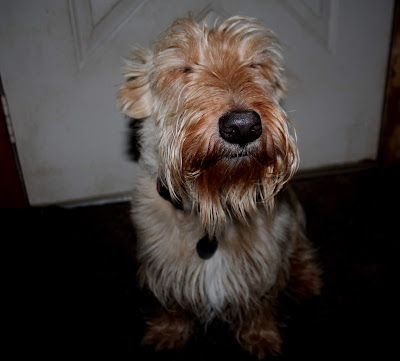