It's the time of year that the sunflowers are in bloom. On Saturday I took my annual pilgrimage to see the fields in Maryland. I'll share a few more photos in my next post. 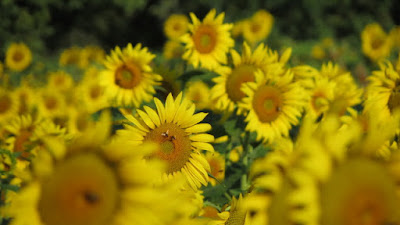 Emotions are still running high as the struggle with Eva continues.  She's not eaten much since Tuesday, and it continues to be both crushing and heartbreaking and I am at a loss as to what to do.  We're getting great support from both the rescue, and the holistic vet. But in the end, it's up to me to try and find something she'll find palatable and want to eat. But I keep striking out, but of course we'll keep trying. 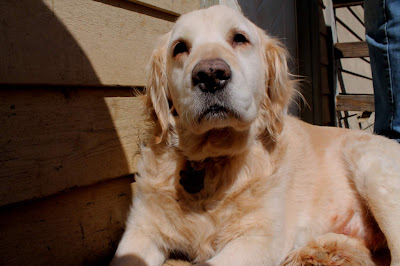 Turning the focus there's our temporary addition Chipper. He's been here since late June, and its been a bit of a challenge, but he's gaining confidence in himself, and isn't hiding as much as he was initially.  Because of this, when the foster home coordinator for the rescue returned from being out of town, we decided it was best if Chipper just stayed here ..... for now..... The only thing is, is that the rescue wants to make him available for adoption, and let another family work with him.  I don't think that he's ready for that step, because he's still so afraid of so many things.  But maybe Chipper's trust that he's building with us, is the same that we should have in someone else. 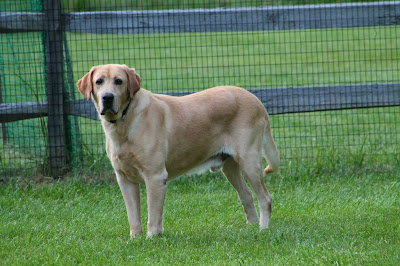