Charlie Forever in My Heart

Our angel watch with Charlie began on Sunday. He hadn't been eating much in the previous week, and he was sleeping longer and deeper and needed help getting to his feet, and we were carrying him outside. And while this may sound crazy (or maybe not) I'd had a dream that I was holding Charlie and giving him to someone. However, I have to think that the dream was prompted by the poem in my previous post. I'd just read it, and it truly spoke to me and the journey I was on with Charlie. 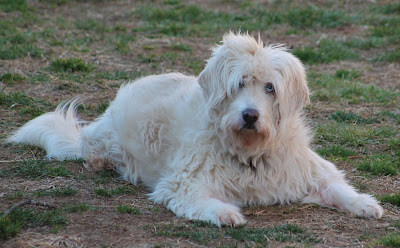 So, on Thursday, after just a little more than 14½ years with Charlie, we said good-bye. The years passed much too quickly and I had a hard time thinking of him as a senior dog because throughout his life he had always been so active and bright. But the years did pass by, and in one of life’s tricks, he or rather we somehow aged. Charlie didn’t have a lot of energy these last few months, but he still followed me around the house and would greet me when I came home.

Like every dog, Charlie was so many things on so many levels. On the outside, it was his long thick coat and his sparkling bright blue eye. I'd never had a dog with anything but brown eyes, and it took a little bit of getting used to at first, but it became something that truly made him unique.

Charlie was a traveling companion that never complained about hours spent in the car.

He loved the smells of new places, and of course he loved when we went to Tennessee. 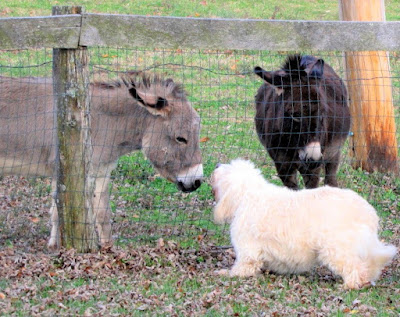 My best memories of him are when we have gone there and spent time relaxing and recharging. 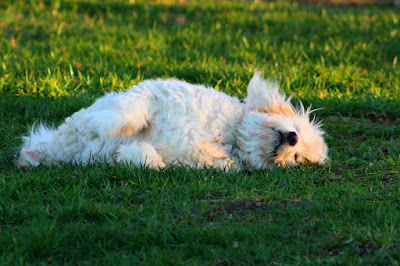 Charlie was a very vocal and expressive dog. His barking-howl and small grunts and moans and whining noises he'd make to protest something or to make what he wanted known took a little getting used to at first. That along with Charlie's loyalty and clear devotion were his most endearing qualities. And I will add here, that it was those very things that made him "so not a Golden Retriever" and why I just didn't want to keep him initially when we were fostering him for Old English Sheepdog Rescue. 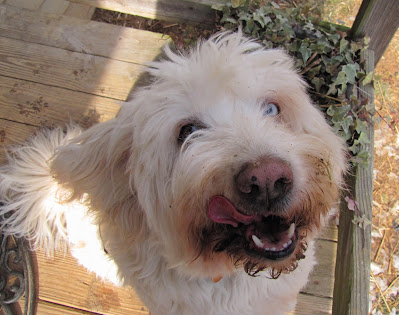 In looking through photos of Charlie today, I found this 2014 video below that I'd totally forgotten about. I loved hearing his voice. It's what I needed today.

Up until the last year Charlie always used to sleep on our bed at night. He'd always sleep next to me and any dog that would come to the side of the bed, he'd leap across me and snap at them. I always found it a bit humorous in that it was the only time he ever did anything like that. Especially because he got along so well with all the dogs. 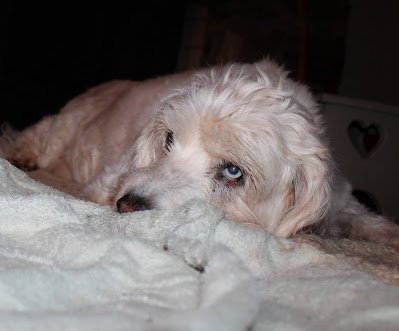 Charlie's being this way reminded me of what our Holistic Vet calls "a secret life" that she thinks are made up of the things that our dogs will do or don't do, like or dislike and we've no idea why. I think this is true for every dog.

One of those secret things for Charlie, was his love of young cats and kittens. 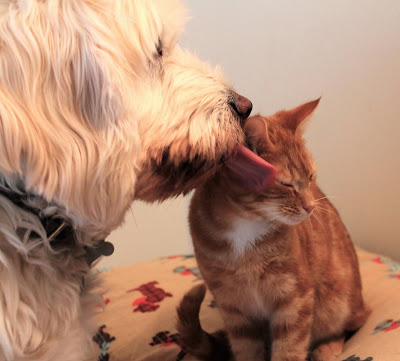 When we were fostering them for a local rescue, Charlie could never get enough of them. We started calling him "Father Charlie" because he always wanted to be near them and have them all to himself.  And like a good patriarch, he was serious about his ability to care for them, he'd look at me like he was telling me, “Go ahead. Finish cleaning the kitchen. I got this.” 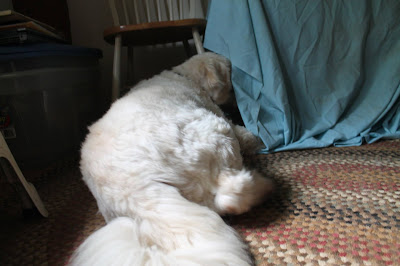 Why he loved kittens so much remains a total mystery as is why he felt the need to keep the other dogs away when he was sleeping on the bed next to me. 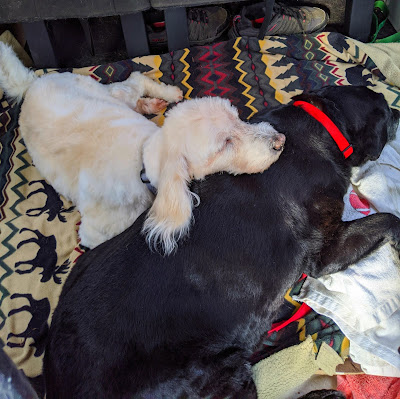 All of those things and so much more, and I have to add being a 2¾ year cancer survivor, made Charlie who he was. 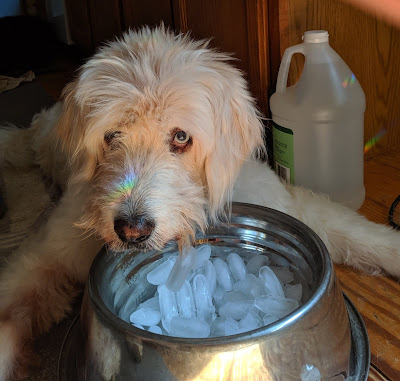 I know it goes without saying that we’re all completely heartbroken and I am feeling Charlie's loss just as I thought I would. I always knew it would be sad when we said goodbye to him, especially given his connection to so many dogs that we've known since 2006. 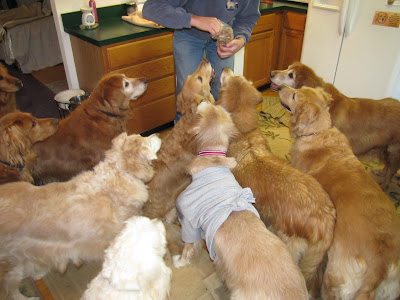 It occurred to me that Charlie was one of the first of what I used to call "the lost boys." Longtime readers of this blog know that Wendy, our very first dog from the Golden Retriever Rescue was re-named after the Wendy in Peter Pan. When the dogs that we began fostering were "male-strays" I began calling them "the lost boys." Charlie is the last of that original gang - Louie, Ben, Josh, Cubby, JT, Logan, Tucker, Reggie, to name a few, were all part of that early club.

Charlie's passing also represents the the passing of time -- the end of an era --The Charlie Era. It was beautiful -- some of our very best years, spent with the very best dogs. If there's a welcome at the Rainbow Bridge, Charlie is certainly going to have or has had one. 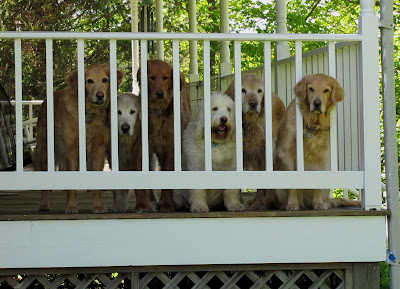 We’ve lost a part of us that can never be replaced. The gift of having Charlie all these years was priceless. As Queen Elizabeth II once said, “Grief is the price we pay for love.” When it comes to our relationships with our 4 legged family members, grief is the price of admission. We all know it will happen when we open our hearts and home to them. Charlie was part of our family, and he and more than 14 years of memories will forever remain part of my heart and my soul. 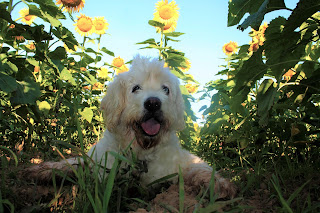 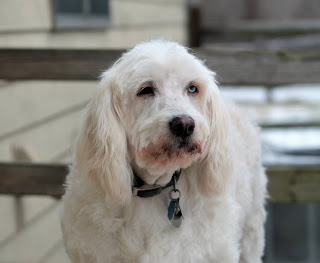 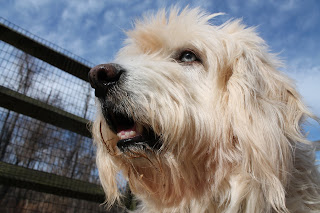