Today It's About Todd

Post Script to my last post. Thank-you all for your kind words of encouragement and support that have meant so much and have lifted my spirits. I have responded on that post to most of your comments, or on your blogs. You all are the best!

Now, I promised good news. A few of you noted the roll of Todd in our household. You are right about him. And I'd be remiss if I didn't say what you already know, that each dog, and cat truly provides something to the fabric that makes up our lives and our household. 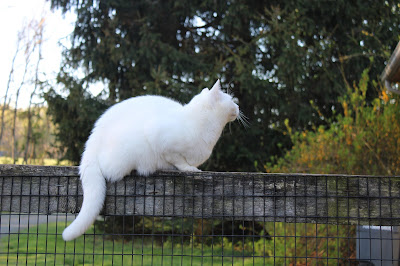 But today, it's about Todd. On April 9th, we celebrated a milestone with him. Todd is now 10 years old. Can you believe it? I know I can't.

And as is customary I have taken Todd's annual birthday photo. Longtime readers of this blog know that I take the same photo of Todd each year, with the same hat, same place at the table, and it was a bit of a challenge this year, but I purchase the same cookie too.  At some point, I'll put them all into a collage. 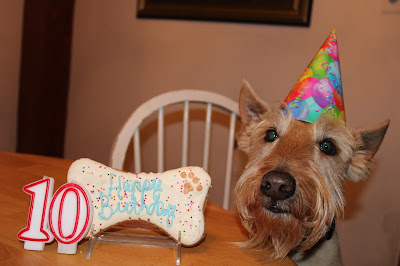 At 10 years old, there is an air of calm dignity and wisdom about Todd that is more noticeable than it has been at any other time. He stands still for attention more than he used to, and as the only dog sleeping on our bed, he never gets up in the morning before I do and never goes to bed before me either. He is a loyal, devoted friend and companion and pack member too. 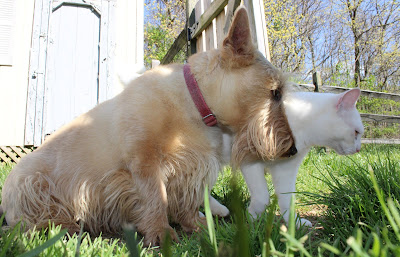 Now, don't get me wrong, Todd still very much has that feisty independent spirit and that spark that makes him a Scottish Terrier, and just a terrier. As an example, he sadly "made dead" two bunnies that somehow got into our yard this past week. 😥 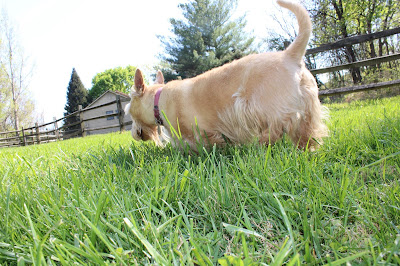 But Todd is great fun, and he makes me laugh. But he's clearly not into some of my nonsense. For instance when I was trying to get a silly photo of him with these ridiculous butterfly ears that I found,

Max was okay with wearing them.... 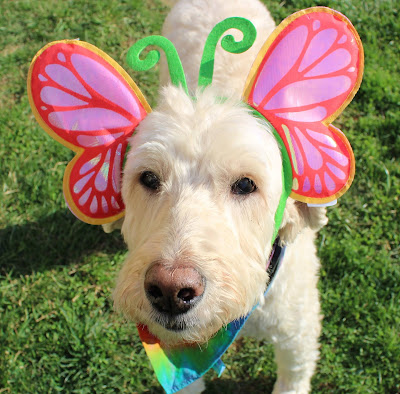 for a few minutes anyway. 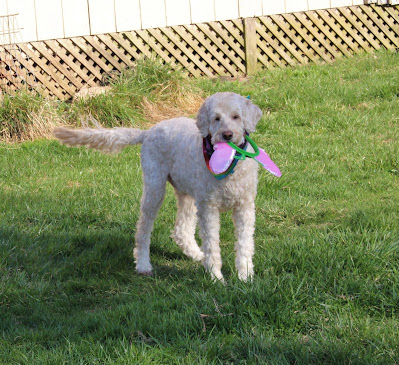 Todd wanted absolutely nothing to do with them, and he let me know that. 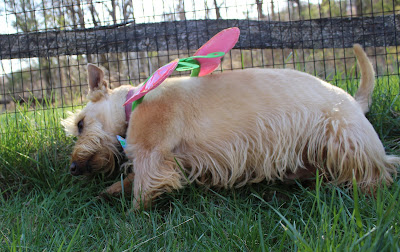 However, as you saw in my last post, he was more than willing to pose in a respectful Easter-bow-tie. 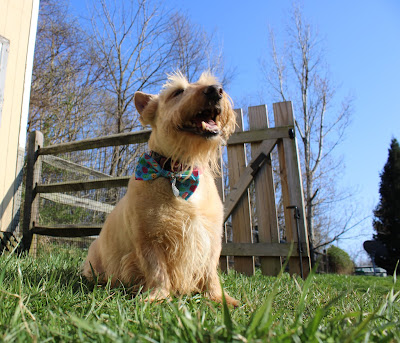 Because as I've said many times, he is a Scottish Terrier after all, and his character and personality really reflects that. 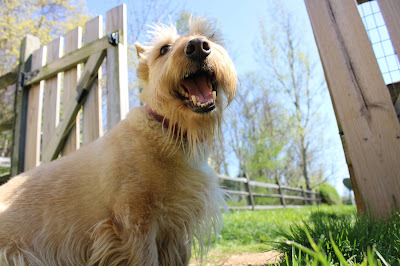 I cannot think of life without him as my co-pilot. 💓 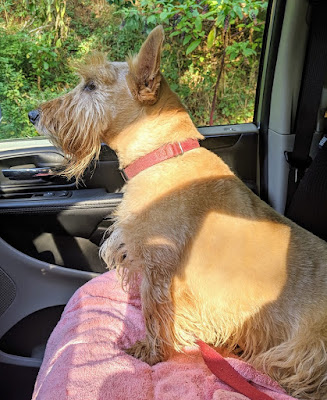