The Not So Good News

This my friends, has been a really hard couple of weeks. I have not wanted to say that out loud because I am very well aware of others who are struggling and are having a much more difficult time with much more serious issues than I have. It makes me feel selfish to say anything. But the struggle over the last couple of weeks is real and has been difficult for me. It has left me feeling pretty defeated given that I'll admit to already struggling with being burned out.

I was however, feeling pretty good about where we were with our dogs. Having no foster dogs was a relief and a welcomed break. When Cooper was added, I was glad that we could welcome him, especially given that what prompted the move from his first foster home seemed to me that it would be easy to resolve, and by all reports, he was said to be a really nice dog.

His previous foster home said Cooper was sleeping all day, and wide-awake at night and roaming the house. That problem was easily fixed because it was related to the medications that Cooper was taking. I knew by looking at the ones he came with, that one in particular had been labeled incorrectly, and the dose was wrong and another was one that dogs can develop an intolerance to. So, I took him off an anxiety medication, corrected the wrong dose for the one he was taking for pain, and we helped him to adjust to our routine. For the most part, I was happy with how Cooper was settling in even though he was starting to show signs of separation-anxiety when we'd leave him alone. I had allowed him to be free in the house for a couple of days while I went to work, because he seemed like he was okay and settling down after I would leave. 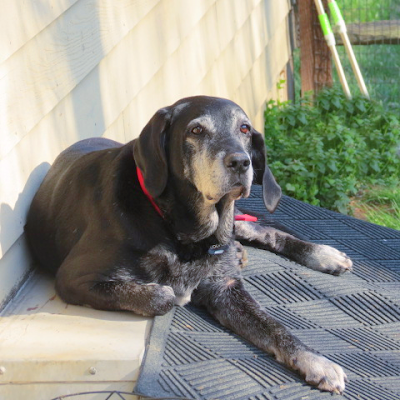 While we were helping Cooper to adjust, I was also keeping track of how Shelby and Jack were adjusting to their new home. Things were going okay, but I had a nagging feeling all wasn't exactly as they were saying, but I stayed hopeful. But then things fell apart. Wendy and Denis (adoptive family) wanted to return both Jack and Shelby. They felt that Jack was too active, and Shelby wasn't active enough. There were a few other issues that I felt had no merit. Despite that, I tried to remain supportive of them, even as I was picking up Jack and Shelby and bringing them back to our house.

As if having Shelby and Jack returned to the rescue and to us wasn't disappointing enough, when I came home with them, Cooper's separation-anxiety came to a head while I was gone. In about 2 hours Cooper pulled down curtains, broke one window and damaged 2 others. Added to that, there were several things that were knocked over, or knocked off a shelf and were broken. He had also gotten into the fireplace. Thankfully, no-one was injured.  And I will also add that I don't have a lot of really nice things. At our age, we are trying to be minimalistic and so the things I have, I really love...  And of course I wasn't "mad" at Cooper, just very sad about what's gotten broken and disappointed that it happened. 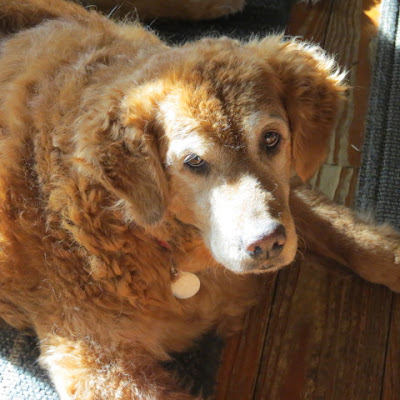 The feelings about it all consumed me since I was already on the proverbial edge about everything. At first I was so upset I couldn't talk about it with anyone. I let the rescue know that day but it was almost 2 days before I heard from anyone about it, and then it was only a couple of text messages offering a reimbursement for the broken window. But in all fairness, both coordinators that I work with had no way of knowing just how upset and discouraged I was about it all. I think they only found out when I had a melt-down at the vets office when I'd taken Cooper in for his ears to be rechecked on Monday. I'd asked the vet for her help with his separation-anxiety, only to be given the most trivial advice that even first time dog owners already know, and I pretty much said that to her. However, a call did come from one of the coordinators on Tuesday that was really helpful and went a long way.

We now have a plan going forward with Cooper that does involve his being crated and medicated. It makes me hopeful that we can work through all of this with him. Although I know it won't be easy for either of us.

And as for Jack and Shelby, the search for their new forever home begins, again. 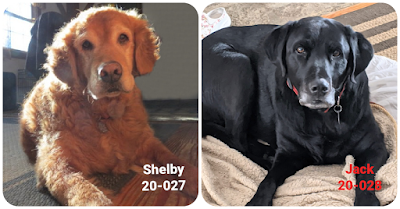 And with that, I'll end this post, and promise, that there is some fun news, that I'll save for the next post that will come in a day or so. Below is Todd wearing his Easter-tie. 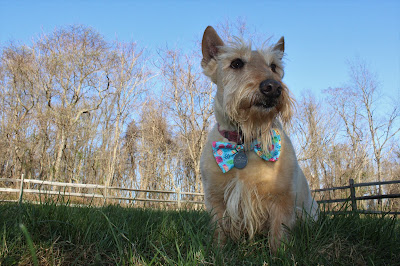