In a Good Place

We are just cruising right along in the New Year!

And knock, knock, knock on wood (please!!!) at the moment the dogs are all in a pretty good place right now. 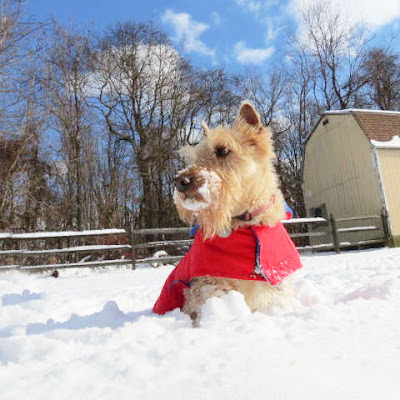 If we have to put one of the dogs at the top of the list of concerns, it would be George. He's relying on us to help him get to his feet. Once he's up, he gets around with not too many problems, but an appointment with the vet is on list of things to schedule. I'm not quite sure what the "disconnect" is with his needing so much help. But I'm thinking acupuncture or cold laser therapy (or both) may be in his future and that will hopefully help him.

Our outdoor kitty "White Boy" wasn't exactly in a good place last week, when he found himself stuck on the roof after our last snowfall. 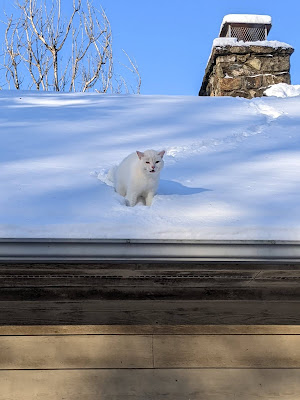 I heard White Boy crying and I thought he was trapped in our woods somewhere and Carl was looking for him there, and couldn't find him - But when he turned around to come back towards the house, Carl spotted him on our roof. Cats! 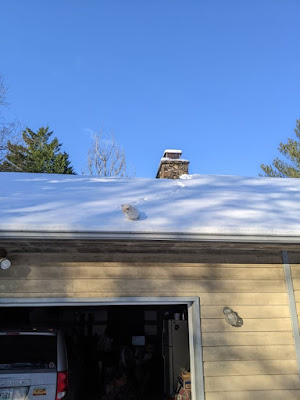 As to how White Boy got up on the roof, there is an arborvitae pine tree in front of our garage, that almost reaches the gutter, and even though it has small bendy-branches, he must've found some way to climb it and get on the roof.  Why he climbed the tree and got on the roof is anyone's guess, but there was no way he was going to be able to get down on his own. When Carl handed down him to me, he started purring. I'm sure he was happy for that adventure to end. 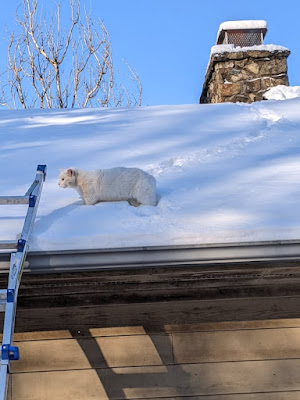 It goes without saying Todd of course prefers to keep his feet on the ground -- A little tidbit about Todd, is that even though he only weighs about 25 pounds, (about 11 kg) he doesn't like to be picked up. He's a Scottie after all, and not a cat -- We're both glad about that. 🙂 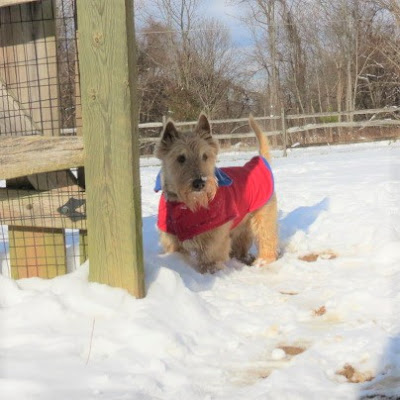 Or snow from last week has all melted, and according to the weathermen,
we're on track for a winter-storm tomorrow
that will bring snow, ice and end with rain.
We'll see if they get it right.
The weathermen also noted that as of today,
it's 64 days until Spring!
Posted by ~Kim at Golden Pines~ at 2:52 PM